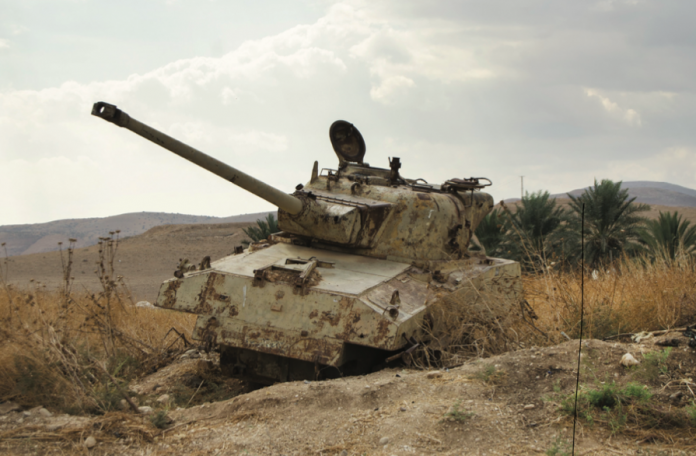 Dark and obscure Mordor has almost nothing to do with culturally rich and fascinating Syria. The only common factor is that third parties can not easily enter Syria nor exit from the conflict scene.

It is difficult to exaggerate the degree of failure of the U.S. Middle East policy over the past thirty years. The U.S. president’s sudden departure from a contested strip of the Turkish-Syrian border betrayed the Kurdish people who aided in the fight against the Islamic State and threw the region into chaos. As Turkish military began mobilising against neighbouring Kurds in Syria, the latter saw it necessary to ally with the Syrian Army and President Assad, the enemy of their enemy. Turkey’s violent strikes on Northeastern Syria came as swiftly as America’s withdrawal. The overwhelmed Kurds, once staunch NATO allies against the Islamic State, were in need of protection, which they received from the Russians who came to act as a mediator between Syria, Turkey and the Kurds.

Obviously, there are inflamed tensions in the region. Hence, it is important to leave behind preconceived personal opinions and look objectively at what is happening there now, specifically regarding the actions of the key nations and especially since statements from President Trump should be taken with a grain of salt. His recent tweet about imposing sanctions on Ankara is unlikely to serve as any threat to President Recep Erdoğan, nor to his ambitions in Syria. Turkey is a NATO member and gives the organisation a strategic balance on the Black and Mediterranean Seas, making it a partner too important to lose.

America’s withdrawal from northern Syria and the subsequent Turkish invasion have overturned the power balance in the region, displacing tens of thousands of America’s former allies. It must be stressed that for the Kurdish people an alliance with President Assad was a significant decision. A long-feared clash between Turkey and Syria’s Kurdish population will have consequences across the Middle East. It is highly probable that moving against the Kurdish population of one region will spark reaction from Kurdish people located in Iraq, Iran and even in Azerbaijan. In his recent bestseller ‘The New Silk Roads,’ Peter Frankopan states that “Today’s decisions are made not in European capitals, but in Iraq, Iran, Russia, Israel and other countries in the Middle East.” Thus, such possible backlash can bring new disturbances into a region where stakes are high.

This is evidently realized in Ankara, as further military operations are only possible as long as there is no threat of a clash with the Syrian government forces supported by Moscow. It seems Russian foreign policy is once again at the heart of political discussions in the West. Primarily, talks have focused on Vladimir Putin’s win as attributable to the events in the north of Syria, as well as his diplomatic approach.

It is seemingly impossible for any of the involved parties to walk away from the Syrian War as it stands. For the U.S., not only did the recent departure from the Middle Eastern stage damage the reputation of the American president, but it also decreased public trust in its political institutions. For Turkey, the Syrian Conflict is a first-degree problem and there is a plethora of reasons for that: sharing a common border, migration flows through Syria, as well as frequent terrorist attacks in Ankara, Gaziantep, Istanbul and Van. Furthermore, 2016 brought a severance of diplomatic relations with Russia because of the unclear air frontier. For Moscow, giving a helping hand to Damascus is an opportunity to “make Russia great again,” and therefore it is unthinkable for President Putin to walk away from it.

In general, the situation is ambivalent. On the one hand, what is happening does not contradict a certain logic and, in certain circumstances, may even create more favourable conditions for a settlement. Moreover, it is noteworthy that the interaction of the main players – Turkey, the U.S. and Russia – is not based on mutual trust or on the coincidence of interests as those are nonexistent. However, there is a rational understanding that it is impossible to understand all the parties’ interests without contacting each other. On the other hand, there is an increasing emotional and propagandist tension: public discourse puts pressure on Erdogan, Trump and Putin.

The Syrian Conflict, like most clashes in the region, has deep roots. As a consequence, one cannot simply walk away and little does it matter which role was played so far. Whether one is an aggressor, victim, mediator or an observer, there is no way out. Given their interests and the potential of future wars, Russia, the U.S. and Turkey cannot simply pack up and leave Syria. Furthermore, as both Obama and Trump discovered, the United States cannot easily exit the Middle East without causing further issues. The solution, if any, is the four-pronged strategy of the United States: (1) eradicating hostility and controversy originated in the past; (2) attempting, as far as possible, to play the role of an “honest mediator” in local conflicts; (3) facilitating a decrease in Western dependence on oil, which would allow the U.S. to distance itself from Saudi Arabia; and finally (4) acknowledging the possibility to join forces with Russia, China and India to combat terrorism and contain conflicts.

As previously stated, Syria does not look like Mordor. However, unless all the key players calm down, find common points and work on cooperation and trust, that might change only slowly. It is a long-term process which will never be simple, but it is worth trying to improve the situation.