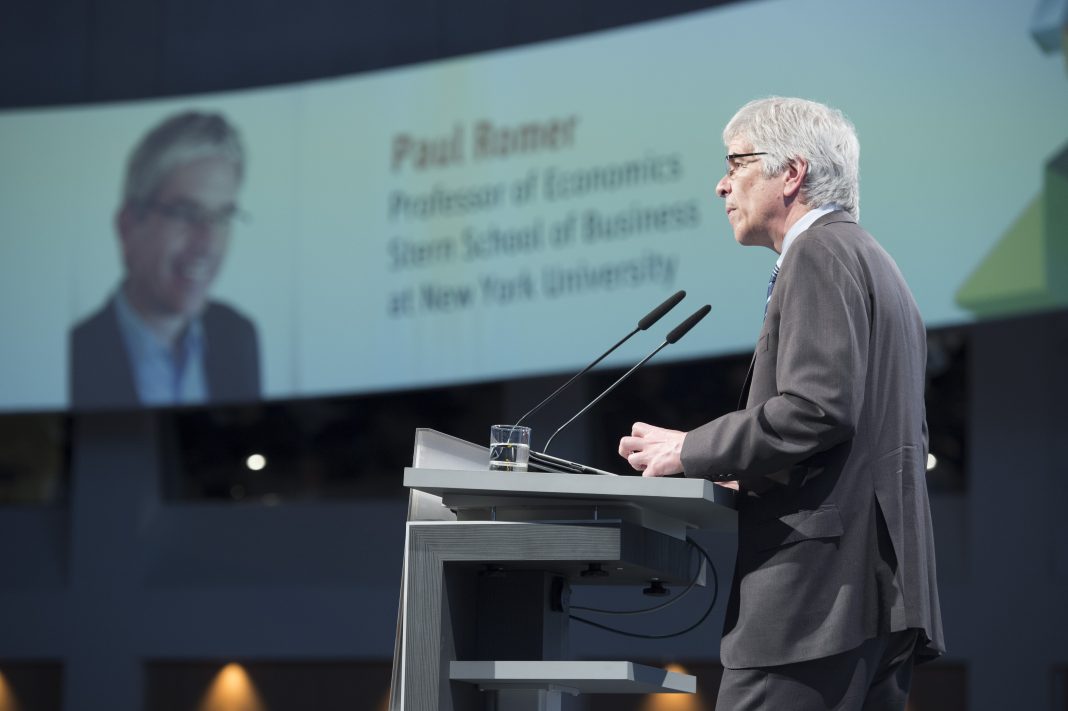 In the beginning of October, the renowned economist was honored for the broadening of the economic growth theory. While earlier models saw technological progress as the main driver of growing economies, Romer put a stronger focus on knowledge, defining it as the main factor for long-term economic growth. In doing so, he sketched out the conditions under which companies are likely to generate new ideas and innovations. He argues that entrepreneurship and knowledge creation is not only dependant on institutions, such as universities or schools, but also on the state and the environment, given by its legal and social system.

Charter Cities are a concept based on Romer’s award winning theory, through which economically and structurally weaker countries can invite growth and investment into their state. They are partly autonomous cities that are newly founded in rural areas by the government of an existing state under the rule set of a third state, meaning that legislation, execution and jurisdiction are outsourced. The rules are laid down in a charter which acts like a constitution for this special zone and defines the rules and legislation upon which these special zones are built.

Could this type of city provide a future solution for some European countries?

Kosovo provides a fitting example. Since its formation, the state with a population of 1.8 million people relies heavily on international aid. With the money transfers of Kosovar diasporas located especially in central and northern European countries, international donor assistance makes out more than 25 percent of Kosovo’s GDP. The legacy of the dissolution of Yugoslavia and the Kosovo War in the 1990s is especially pronounced in the country’s economic sector. The high unemployment rate of 33 percent and the low GDP per capita makes Kosovo one of the poorest countries in Europe, next to Moldova. Especially the youth unemployment rate of 60 percent is a major push factor, driving many out of the country in pursuit of better prospects.  High levels of corruption, weak enforcement by the state and sporadic supply of electricity are just some of the daily struggles faced by the country’s citizens.

Through the construction of a charter city, a third country would oversee economic growth and prosperity of a city located within the borders of Kosovo, allowing citizens to seek better economic prospects without having to go far.

Besides Kosovo, there are several other nations in Europe that could potentially benefit from Charter Cities. In these cases, not one state but the whole European Union could take the initiative and act as a strong partner and investor in third countries that need support. Conducting and financing such projects would strengthen states in need of support and provide a stronger tie to the EU. The combined help of all member states in coordination with the supranational Union could heal some of the economic defects felt throughout Europe and its neighbouring states.

Romer regards the Chinese city of Hong Kong, which was a British colony until 1997, as a model of a Charter City. Since then, the city has preserved its strong autonomy and free market economy. Romer argues that this special administrative zone and its connection to the rest of the country is the reason for the city’s strong growth.

Thus far, however, Madagascar and Honduras are the only two countries that have toyed with the idea of creating Charter Cities within their borders.

In Honduras, the concept gained traction after facing an emigration wave following  a coup d’état which ousted former President Manuel Zelaya in 2009.

Romer convinced the government to build a Charter City from scratch, attracting  investment from China and the United Arab Emirates. In 2011, Honduras began picking out selected parts from law systems around the world to apply to the newly formed Charter City. This included, for instance, the social system from Scandinavia, the police system from Lithuania, and the taxation system from Hong Kong.

In 2013, all plans were stopped by the Honduran Constitutional Court which classified them as illegitimate. Public and political mistrust in the outcome of the project slowed the progress down. Since then, the realization of a Charter City in the central American state is uncertain.

Romer has been accused of promoting a form of neo-imperialism and neo-colonialism. But despite his first setback, he has continued trying to  convince other countries, including Tunisia after the Arab Spring, to implement his idea and create cities of the future.

The Françafrique Affair: Mixed Signals in a Love-Hate Relationship