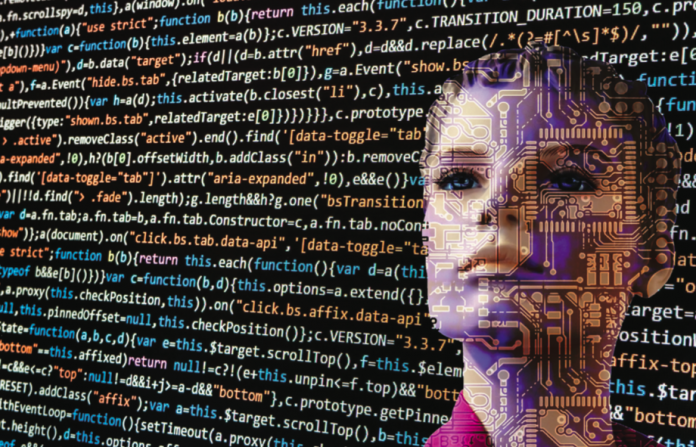 Amongst the many technological changes shaping the future of the global economy, Artificial Intelligence (AI) developments are presenting the most exciting innovations. From grading algorithms, instant-search results and geolocation systems all the way to the autopilot functions used in commercial flights, AI-led technology is getting embedded into the very fabric of our society.

While the constant technological updates make everyday life easier and more interconnected, it pushes the political discourse to a global shift of paradigm. The impetus has already been cast by the People’s Republic of China. Driven by the incentive to lead the spearhead of the Fourth Industrial Revolution, China is heavily investing in a comprehensive $150 billion AI-led Action Plan, strongly integrated into its broader 2030 Agenda. The strategic seeds planted today already show significant reverberations in the geopolitical arena. From sustainable building and industrial parks, to the comprehensive Belt-and-Road Initiative (BRI), China is steadily taking the lion’s share over the course of the new digital decade.

The Department of International Cooperation from the Ministry of Science and Technology (MOST) drafted a comprehensive China 2030 Roadmap based on “Building a Modern, Harmonious, and Creative Society.” Twenty years ago, only 4 percent of the population made the middle-class cut; yet, in line with the current advancements, it is estimated that 75 percent will achieve this standard by 2022. This is highly evocative of the direction China is pushing for domestically. With the increase of demands for IT experts, there will be a higher intake of jobs in the fields of science, technology, financing and the overall provision of services. On average, Chinese households carry little to no debt, which implies that there is more flexibility in accepting and implementing new strategies linked to the distribution of resources, investments and the implementation of policies than when compared to the Western counterparts.

Within this framework, the Strategy of State Council issued the New Generation Artificial Intelligence Development Plan: a systemic programme – the first of its kind – that tackles the application of AI in China’s industries. The Council recognises that AI has become a “new focus of international competition,” with utilisations ranging from medical care, pension schemes and environmental protection of urban operations, judicial services and general infrastructure. These sectors offer alluring potential for the country to pursue a “first-mover advantage” and to become a premier global AI innovator.

This digital proclivity, nevertheless, rivets attention back to the core of the Chinese digital powerhouse, namely the BAT (Baidu, Alibaba and Tencent) super-industry. Under its aegis, Baidu has been given liberty to develop autonomous driving systems; Alibaba, to expand its control over IoT developments and connected retail operations; and Tencent, to swiftly become the interface for healthcare, entertainment products and communication. Contradictory to the regulatory analogies employed in the West, the Chinese government chose not only to invest in BAT but also to protect it from foreign competition. This contrived example has long been the dynamical force fuelling China’s increasing digital dominance. More than just being offered a market-vacuum to thrive in, the BAT trinity has been increasing its monopoly with every new partnership signed with the Chinese Government.

On a technological level, no other country has as much data provision as China nor as many people nor electronic devices per capita. As a result, China’s appetite for technology has far outsourced that of any other international entity. Its economy is growing fast, and AI-expansion is expected to increase to over 28 percent by 2035. Nonetheless, the functionality of AI can be extended far beyond commercial purposes; it has the potential to modernise the military, boost international commerce, destabilise markets and redesign the geopolitical balance. By no stretch of imagination, such scenario demands a new philosophy of neutrality between states and International Organisations (IOs), as wars will no longer be fought by combat, but rather by code. As a staple of thought, the country’s fierce push for the Belt-and-Road Initiative stands as a standard-bearer of global influence and its outreach as an eye-opening groundwork of the opportunities and challenges that digitalisation already conveys.

From debt-trap diplomacy towards achieving a digital Silk Road, the BRI initiative has repeatedly exemplified the importance President Xi puts on long-term planning. A geopolitical force too compelling to subvert, China has been pressuring foreign governments to comply with its BRI action plan. The overall spending destined to upgrade infrastructure, bridges, ports and high-circulation trading points makes it hard for any involved stakeholders to dismiss the alluring economic and policy influence of China. And whereas current Western politics breathe an air of uncertainty and disdain, President Xi gave first China and later its solid partners, the stability and opportunity to take advantage of a newly installed type of digital power.

Take Sri Lanka as an example: the country agreed in 2018 to give the strategic port of Hambantota to China on a 99-year lease, ceding 70 percent of its control and granting tax concessions to the Chinese counterparts. This debt-trap concession was the diplomatic means employed to pay back the national liability. Using a different negotiation approach, Malaysia too signed new deals with the Beijing Executive. The country approved the creation of an AI hub under the supervision of the Chinese AI unicorn SenseTime to establish the East Coast Railway Link. The 1 billion USD project plans will serve grand purposes, embedding local tech businesses, developing surveillance systems and overall, be a hybrid park for China’s data transfer infrastructure. In a sense, these countries seem to pay for the influence of geopolitics with national security as assets. If anything, the BRI’s expectation of foreign IPs is no longer subject to criticism; it has by default turned into a vision of Chinese dominance in terms of economy, military and geopolitics.

These visions are precisely the currency China is using to afford the eccentricities of its 2030 Agenda. The whole government has been establishing partnerships with domestic research centres and academic institutions in order to predict and develop new AI mechanisms. There are new demands of storing all data locally, for the information to be checked, exported and altered without complication. This top-down approach is a bold and focused long-term strategy for China. By bolstering new technological instruments into the very fabric of the economic industry, China will soon, if it is not already there, become the global, premier AI innovator.