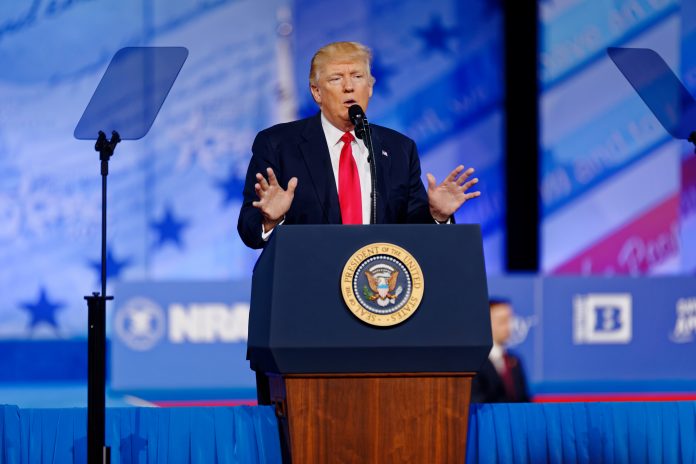 As the Trump administration’s growing mistrust of international trade deals places the North American Free Trade Agreement squarely within White House crosshairs, Canada is gearing up for renegotiations with the United States.

Since the February Inauguration, the US has pulled out of trade agreements with the European Union (TTIP) and with 11 Pacific countries (TPP). This seemingly matter of fact approach has pushed Ottawa to prepare for the worst.

Former Canadian prime minister Stephen Harper believes the risk is all too real and has cautioned his country about the long road ahead. “I fear that the NAFTA renegotiation is going very badly,” Harper wrote recently in a memo titled “Napping on NAFTA.” I also believe that President Trump’s threat to terminate NAFTA is not a bluff.”

Despite NAFTA’s success in quadrupling the trading volume between its signatories and earning the reputation as the world’s biggest trade deal, the Trump administration’s animosity stems from the trade deficits it runs with respect to Mexico but also to Canada.

Even so, the agreement has formed a strong economic cooperation between Canada, Mexico and the US and has deeply integrated supply chains. It also eliminated most tariff and non-tariff barriers to the benefit of free trade.  More than 460 million people now live in the internal market of NAFTA, which comprises a 19 trillion-dollar regional market.

Experts are warning against the damage that would be done if no agreement is reached; the loss would harm all three countries but is likely to hurt the US in particular, as Canada and Mexico keep their eyes peeled for other trading partners.

As three quarters of Canadian exports are currently shipped to US markets, Ottawa is deeply dependent on American demand. As a result Trudeau’s government is keeping a jealous watch over Trump’s claims. With the protectionist Trump and the liberal Trudeau in office, the relationship between Washington and Ottawa seems to be strained.

The most explosive issue between them is the so-called Chapter 19 dispute, which already provoked a Canadian walkout from the trade talks in 1987, when a bilateral accord, NAFTA’s precursor, was negotiated.

Washington wants to get rid of the dispute settlement mechanism, under which bi-national panels decide on complaints about dumping and illegal subsidies. Unconditionally, Canada does not want to go through the US court system because they fear unfair treatment.

Another crucial point between the two countries is the disagreement between the US plane maker Boeing and its Canadian counterpart Bombardier, as Boeing is currently suing Bombardier, accusing it of illegal trade practices. The US aerospace giant claims that Canada subsidized Bombardier creating a trade advantage. In a retaliatory strike, Washington applied tariffs against Bombardier in the US.

In order to resolve trade disputes, Ottawa has dispatched Chrystia Freeland, Canada’s foreign minister and former international trade minister, as chief negotiator, fresh off her experience from the CETA talks with the European Union. Canada’s interest in the NAFTA talks is further highlighted by a constant presence of Canadian officials in Washington.

Trump’s pressure on renegotiating NAFTA might turn into a chance to revive it and modernise it, as the agreement was signed 23 years ago when digital markets and e-commerce played no significant role.

The window of opportunity is, however, small as Trudeau’s Liberal government is near its mid-point of the four-year term and needs immediate positive achievements to ensure a possible re-election. Similarly, in Mexico, presidential elections are held in mid-2018 and the relationship with the United States seems to be a crucial point in the candidate’s campaigns.

In the US, President Trump needs a success story and a clear victory to follow through with the promises he made. As such, NAFTA talks must be finished in early 2018 or will have to pause for one year. By then all eyes will be on the three-country accord.

In October, trade representatives of the three members met for the fourth round of NAFTA talks which led to no concrete outcome. The three countries need to rethink their positions, as abandoning NAFTA could raise commodity prices all over North America.

Ottawa is aware of the necessity for a more integrated North American economy and seems to be willing to go the extra mile to make sure that NAFTA survives the coming months.

“The relationship between our countries is historic,” Trudeau told an American audience at a National Governor’s Association meeting in Rhode Island earlier this year. “It is of critical importance for people on both sides of the border that we maintain and indeed improve. The shared North American home needs to continue”.

Roadblocks Ahead: Foreign Aid, Civil Society, and the Peace Process in...