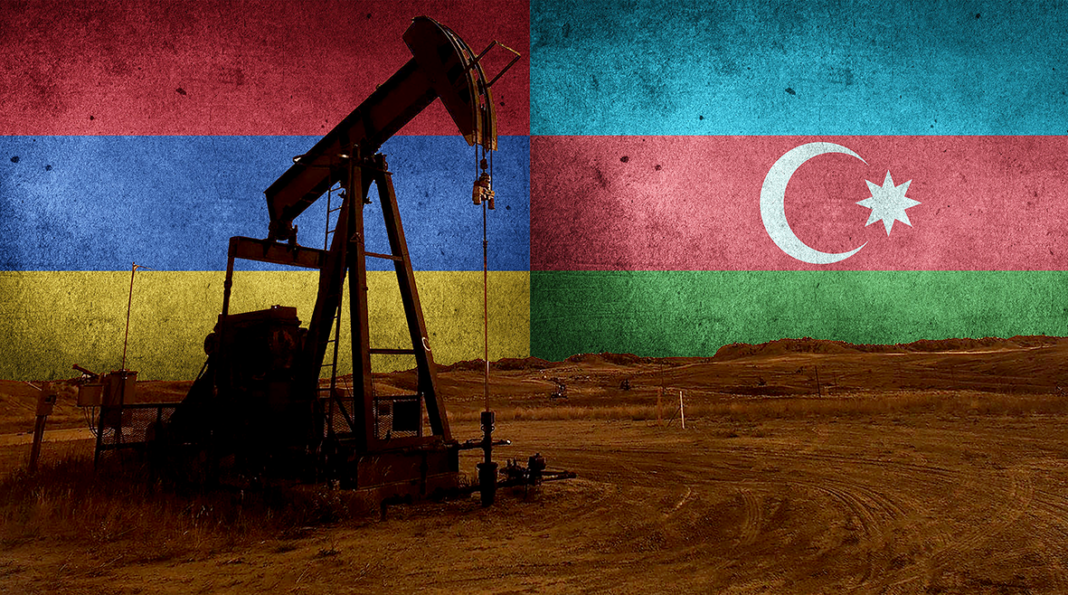 While the conflict in Nagorno-Karabakh may have been fought militarily, the form the war took was decisively shaped by economics. Namely, because of economics, it was Russia who played kingmaker, rather than the European Union or the United Nations.

On November 10, 2020, Russia proposed a final ceasefire agreement to Azerbaijan and pressured Armenia to sign it. For the Armenian side, this resulted in the loss of territories, cultural heritage, and internal displacement of thousands of Armenians, thereby destabilizing the country.

Since the region has a crucial geographic location, serving as a link between Europe and Asia, while also having Russia, Iran, and Turkey as key actors, the West has always been present in the region. The West has used organizations such as the OSCE and NGOs to further ties with the region, even establishing an EU- funded project called “European Partnership for the Peaceful Settlement of the Conflict over Nagorno-Karabakh,” to make sure that Russia wasn’t the only power present. However, the latter was able to neutralize the Western influence and managed to affect the situation without NATO being substantially involved directly.

While NATO declares to have “no direct role in negotiations aimed at resolving the Nagorno-Karabakh conflict”, it supports and encourages “a peaceful resolution of the conflict.”. Turkey, one of the founding members of NATO, is heavily involved in the process, supporting Azerbaijan morally, economically, and in terms of human resources, as the two consider each other “one nation, two countries.”. Similarly, the OSCE, which is the organization that has dealt with the conflict since 1992, has encouraged a diplomatic solution, making statements, declarations, and supporting the proposed ceasefires, however without taking any effective measures.

It is crucial to understand why the world has been neutral with regards to the conflict and why no major action has been taken by the European Union and the so-called Western World. The answer comes down to economic interests in the region. Azerbaijan’s economy relies on its natural resources, namely oil and gas, which makes the region very attractive for foreign investments. According to OEC, Azerbaijan exports Crude Petroleum (16.1B$), Petroleum Gas (1.52B$), and Refined Petroleum (524M$). It is the supplier for 5% of EU’s oil imports and it is a strategic partner to bring gas to Europe through the Southern Gas Corridor and making Europe less dependent on Russian energy. These pipelines are a crucial part of Azerbaijan’s foreign policy, as they link the former Soviet Republics in the region to Azerbaijan, with the exception of Armenia. Similarly, Azerbaijan uses its gas exports to facilitate relations with Eastern Europe and increase interdependency on adversaries, linking as many countries as possible, even the ones that do not have close ties. The pipelines also play a major role in the relations between Azerbaijan and the West, such as the Baku-Tbilisi-Erzurum pipeline by BP, which will bring energy to Italy. Since Italy’s main energy ties are with Russia, such a project could be a game-changer, as it would increase Azerbaijan’s influence over the region at the expense of Russia’s energy dependency sphere.

On the other hand, Armenia finds itself isolated and landlocked. This condition makes partnerships very difficult because of its closed borders with both Turkey and Azerbaijan, which do not allow the country to benefit from interstate interaction and thereby deprive Armenia of the status of a transit state in projects such as those of pipelines or railways. In 1995, there had been negotiations proposing exchanging the construction of infrastructure for territory, but Armenia never agreed, thus accepting its regional isolation and dependency on Russia.

Both Armenia and Azerbaijan have commercial ties with the EU, as they are both included in the European Neighborhood Policy and the Eastern Partnership. The EU accounts for 20% of Armenia’s total trade: it is Armenia’s biggest export market (21.9% share) and the second-biggest source of imports (19.5%), after Russia. For Azerbaijan, similarly, the EU is the main trading partner, accounting for 36.7% of its total trade, biggest export partner (51%), and second-biggest import market (16%), after Russia. Thus, the EU finds itself at the crossroad between Azerbaijan and Armenia. With Azerbaijan, there are the prevalent economic considerations of new energy possibilities without dependency on Russia. With Armenia, although the economic relations are well established and there is a millenary history of closer cultural ties stemming from its Christian heritage, the EU does not see the same possibility of advantageous trade. Azerbaijan is simply a larger market for the EU as its population is 10.1 million with a GDP of $48 billion, three times larger than the population and economy of Armenia. Since the start of the conflict, Azerbaijan has exploited this situation to widen these asymmetries while also decreasing the bargaining power of Armenia by further isolating it in the region.

Many countries are involved directly (Russia and Turkey) and indirectly (USA, Israel, NATO bloc, and EU), and while the economic interests are very similar, the complex interstate relations between these countries make it hard to have a general policy line. It is exactly for this reason that international organizations and neutral governments are very careful when expressing their stance towards the conflict. For these neutral parties, picking a side would mean abandoning, or drastically harming, economic ties with the opposite side and their allies. As the potential gains are too low and the costs are too high for many countries outsides of Turkey and Russia, they are forced to watch from the sidelines as Russia further entrenches itself in the region. Even Russia’s decision to support Azerbaijan over Armenia has economic undertones. Russia’s support has garnered Azerbaijan’s favor and solidified its primacy in the region. Russia may now pave the way for its own energy supremacy by creating an obstacle for Azerbaijan to pursue its goals of supplying Europe with its gas. As is apparent in this conflict, not all mercenaries are paid to fight. Some, it seems, are paid to simply stay neutral.