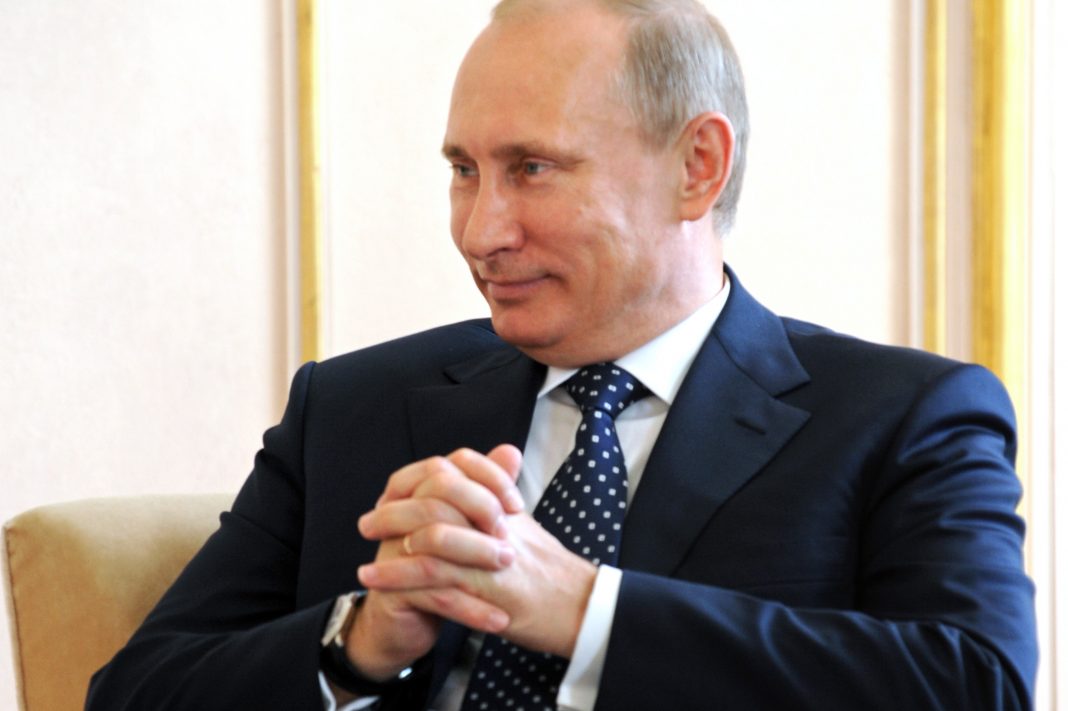 On August 29, Vladimir Putin took the rare step of appearing on national television to address the Russian nation. In his speech, the president tried to convince his fellow citizens of the necessity of the government’s planned pension reform. It appears unlikely, however, that Putin has managed to sway public opinion on the subject.

First announced in an understated fashion in the middle of June – coincidentally on the opening day of the FIFA World Cup – Putin’s plan to raise the retirement age from 60 to 65 for men and 55 to 60 for women has been met with stiff opposition. Nine out of ten Russians are against the proposal. As a consequence, the president’s approval ratings have been in sharp decline, recently hitting their lowest numbers in five years.

Despite widespread disapproval among ordinary Russians, the announced changes continue to be implemented.

Why is Vladimir Putin willing to put his popularity on the line for these reforms? The answer is simple: to address the issue of demographic change in the country.

“Russia’s population is expected to age significantly over the next few decades,” states a report published by the World Bank in 2015,

Moreover, the country is on track to lose 11 million of its inhabitants in the next three decades, which could have a devastating impact on the domestic economy and the pension system. In the face of these projections, President Putin seems determined to push through “painful” changes in order to prepare Russia for the future.

Russia has been grappling with its demographic woes for a while, with problems first coming to the fore after the dissolution of the Soviet Union. Starting in 1992, population numbers began to fall, with economic and political uncertainty sending the birth rate on a tailspin; in 1999, it reached its lowest level in modern history. Reversing these trends has been on Vladimir Putin’s agenda since he came to power in 2000. First, a maternity capital program was introduced in 2007. Under the scheme, mothers are entitled to a lump sum payment for each consecutive child they have. In addition, alcohol sales and advertising were restricted in a move to tackle the high mortality rate among Russian men. Over time, the adopted policies seemed to bear their fruits: an increase in births and male life expectancy as well as immigration gradually led to a reversal of the demographic downward spiral. In 2013, the birth rate exceeded the death rate for the first time in over 20 years.

This encouraging trend, however, has recently stalled. Last year, Russia’s birth rate hit a 10-year low, and the population is shrinking once more. There are signs that worse times are ahead. A growing share of women in their childbearing age are part of the generation born after the collapse of the Soviet Union. The number of children born in the coming decades will therefore be smaller than in the past. Nevertheless, the president and his government are still determined to win the demographic battle Russia is waging. In 2017, the creation of a financial assistance programme targeted at poorer families as well as an extension of the maternity capital program were announced.

In spite of these efforts, the question remains: what the consequences will be if the current attempts to reverse the demographic decline do not succeed. One sector that is already being affected is the economy. With the country’s working age population poised to shrink by 14 percent by 2050, businesses are increasingly facing the threat of a skilled labour shortage. Already, there have been reports of companies struggling to hire qualified personnel.

Promoting labour immigration, increasing productivity and retraining older workers have been proposed as possible solutions to the problem, but it remains to be seen if these initiatives are enough to remedy the situation. What is more, with less and less people available to consume goods and services, a declining population could deal a heavy blow to Russia’s internal market and stifle future GDP growth.

Pensions are another matter of concern. The pension system is under increasing strain as the number of people of working age is falling and a growing number of Russians are reaching retirement age. Every year, a considerable amount of the state budget is spent to make up the difference between individual contributions and pension payments.

Eventually, these involuntary budget allocations, together with increased healthcare spending, could lead to higher deficits and eventually to higher public debt levels. The World Bank warns of a debt-to-GDP ratio of “over 100 percent by 2050.”

Under these circumstances, it is not surprising that President Putin has qualified the planned pension reform as essential.

“It’s core idea and purpose is to ensure sustainability and financial stability of the pension system for the many years to come,” Putin said during the televised address in August of this year.

The progressive ageing and decline of its population constitute a challenge for Russia that should not be underestimated. If not handled appropriately, the looming population crisis could have a serious impact on the country for decades to come.  The issue of demographic change has become top priority and is being taken very seriously inside the Kremlin.

Russia’s current Minister of Economic Development, Maksim Oreshkin, has described the country’s demographic situation as “one of the most difficult in the world.”