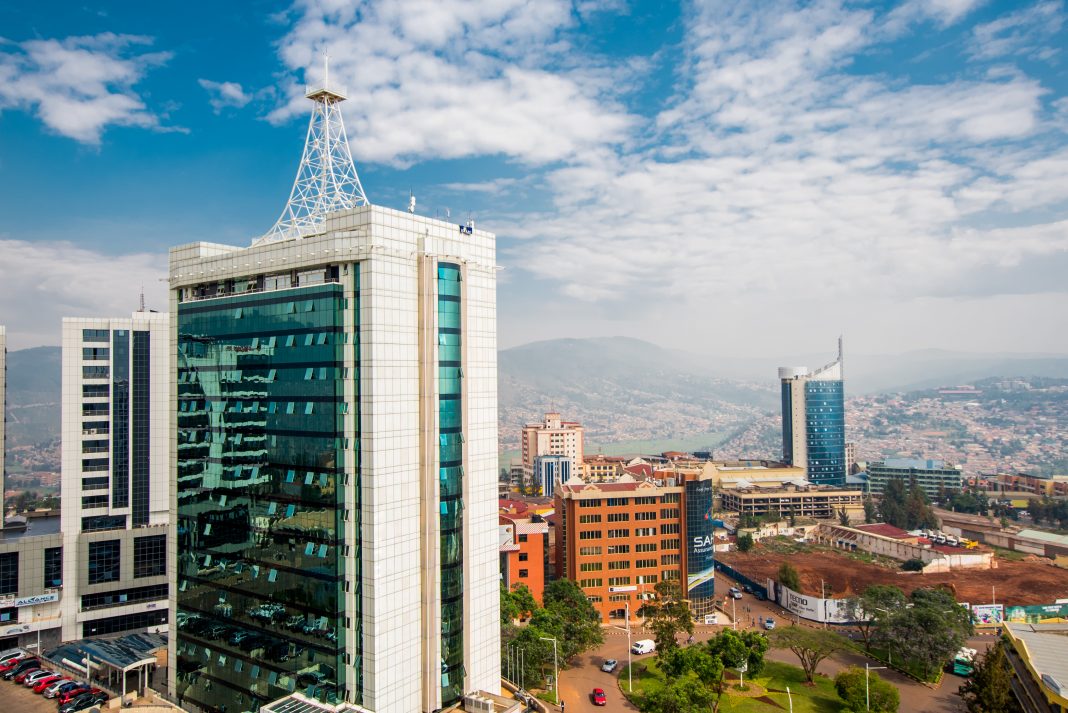 In November 2018, during a business trip to the Rwandan capital Kigali, Alibaba co-founder Jack Ma did not mince his words. Calling Rwanda “a great country that walks the talk,” Ma described his impressions when he first visited the Eastern African nation: “When I first came here, I was shocked by its safety, cleanliness and by its power to embrace change…I said if every country in Africa was like Rwanda, how powerful Africa would be.”

Rwanda, a landlocked country of twelve million people, is infamously known internationally for the 1994 genocide of its Tutsi population. In merely a 100 days, at least 800,000 people were slaughtered by members of the Hutu majority. The carnage resulted not only in the death and displacement of hundreds of thousands of Rwandans, but also had a devastating effect on the country’s infrastructure and economy. When a Tutsi rebel force under the command of President Paul Kagame finally put an end to the killing, the future of the nation looked desperately bleak.

It is therefore all the more surprising that Rwanda has seen strong economic growth in the recent past. According to official figures, GDP per capita increased by 5.2 percent annually between 2005 and 2016. Last year, real GDP went up by a remarkable 7.2 percent. This economic uptrend has not gone unnoticed. These days, many see Rwanda as a role model that other African countries should follow.

“Rwanda is indeed Africa’s rising star and driver for economic transformation,” the Executive Director of the East African Business Council told Forbes. Given the level of admiration and interest for the country, it is no wonder that the country has been often referred to as the “Singapore of Africa”. However, one could ask if that reputation is really justified.

There is no doubt that Rwanda’s economy has improved significantly in the two decades after the genocide. The statistics confirm this claim. According to the Economist, Rwandans earned on average $700 in 2017, more than four times the number than in the early nineties. While foreign aid used to play a significant role in the country’s economic recovery, it now makes up only a fraction of the GDP. Instead, efforts have been made to promote local industry, boost exports and develop the domestic service industry.

In 2015, the government introduced the “Made in Rwanda” programme in order to encourage the consumption of domestically produced products and address the country’s trade deficit. This strategy is starting to bear its fruits: exports increased by 69 percent between 2015 and 2017, and the trade deficit has been reduced by a third. Additionally, a National Export Strategy has been drawn up to increase Rwanda’s competitiveness abroad and reduce its reliance on traditional exports such as coffee, tea and minerals. Whereas the latter made up 62.1 percent of exported goods in 2013, it only accounted for 32.4% of total exports in 2018.

One sector that promises future growth is that of services. Rwanda is actively trying to foster its image as a tourist destination and position itself as a conference and transportation hub in the region. A vital source of foreign reserves for a country with limited natural resources, tourism already contributes a sizable share to GDP. In 2017, Rwanda counted 1.2 million visitors, twice as many as in 2008. Perhaps in anticipation of things to come, a new state-of-the-art airport is currently being built near Kigali. Moreover, a $300 million convention centre was opened in 2016.

Bearing in mind the authorities’ commitment to modernize and develop the country’s economy, there are signs that things are moving in the right direction. Rwanda is the second highest ranked African country in the World Bank’s “ease of doing business” index, currently occupying the 29th place internationally. Foreign investors certainly approve of the low level of corruption in the state: according to the 2017 Corruption Perception Index, Rwanda is the third least corrupt country on the continent.  This might partly explain why last year the International Congress and Convention Association (ICCA) declared Rwanda the third most popular African destination to host international meetings and conferences.

Economic progress has also had a profound impact on the Rwandan population. In a 2015 UN report celebrating the 25th anniversary of the Human Development Index, Rwanda was identified as the country with the biggest advances since the inception of the ranking in 1990. A 30-year increase in life expectancy during that period serves an example of how rapidly the socioeconomic situation in the country has improved.  This improvement has also led to a substantial decline in the child mortality rate, reduced inequality and enabled more children to go to school. The literacy rate has gone up, and nine out of ten people are covered by public health insurance. Clearly, for many Rwandans, living conditions are better now than 20 years ago.

Despite the astonishing development of a country that was on the brink of collapse less than 24 years ago, some are not happy with the situation it finds itself in today. First, there are doubts regarding the accuracy of official government statistics. As a matter of fact, Rwanda remains an impoverished nation. Last year, the world bank reported that 47% of the population live below the international poverty line of $1.90 per day. In 2016, seven out of ten Rwandans survived on subsistence farming. Furthermore, an overreliance on public investment and the vulnerability of the dominant agricultural sector to adverse weather conditions could stunt future economic growth.

President Paul Kagame, effectively Rwanda´s de facto leader since 1994, has been widely credited with being behind the country’s “economic miracle”.  Although it is undisputed that Kagame has provided the much-needed political stability and is responsible for his nation’s ambitious modernization programme, he remains a controversial figure. In spite of him being a rebel leader during the genocide and vice-president for a short time after, the fact that is concerning to many is that he has been in power for so long.

In 2017, Kagame won his third term in office by a landslide, securing almost 99 percent  of the vote. In the 2010 election, the figure amounted to 93 percent. Due to to a change in the constitution, Kagame could theoretically preside over the country until 2034, even if he has already been leading for the past 20 years. In the past, he has been accused of ruling Rwanda with an iron fist. There have been allegations of attempts to silence political opposition and of censorship of independent media outlets. Reports describe the existence of camps for Kigali’s homeless and prostitutes, and political opponents as well as journalists have found themselves in jail for dubious reasons. Finally, critics highlight  the tight grip of the ruling Rwandan Patriotic Front party on the national economy.

Despite the constant flurry of accusations, Kagame continues to rule to this day. It is arguable that the success of his reforms and his authoritarian leadership style have been helpful in that regard. The way Rwanda has developed economically in the last two decades provides valuable lessons for Africa’s future. First, it gives credibility to the assumption that any country, irrespective of its development level, can experience economic growth if the right policies are put in place. At the same time, it highlights the importance of political stability in such an endeavour. Lastly, the nation’s trajectory shows that economic progress does not necessarily coincide with a process of democratization. As long as this is the case in Rwanda, its “economic miracle” will be seen as flawed.