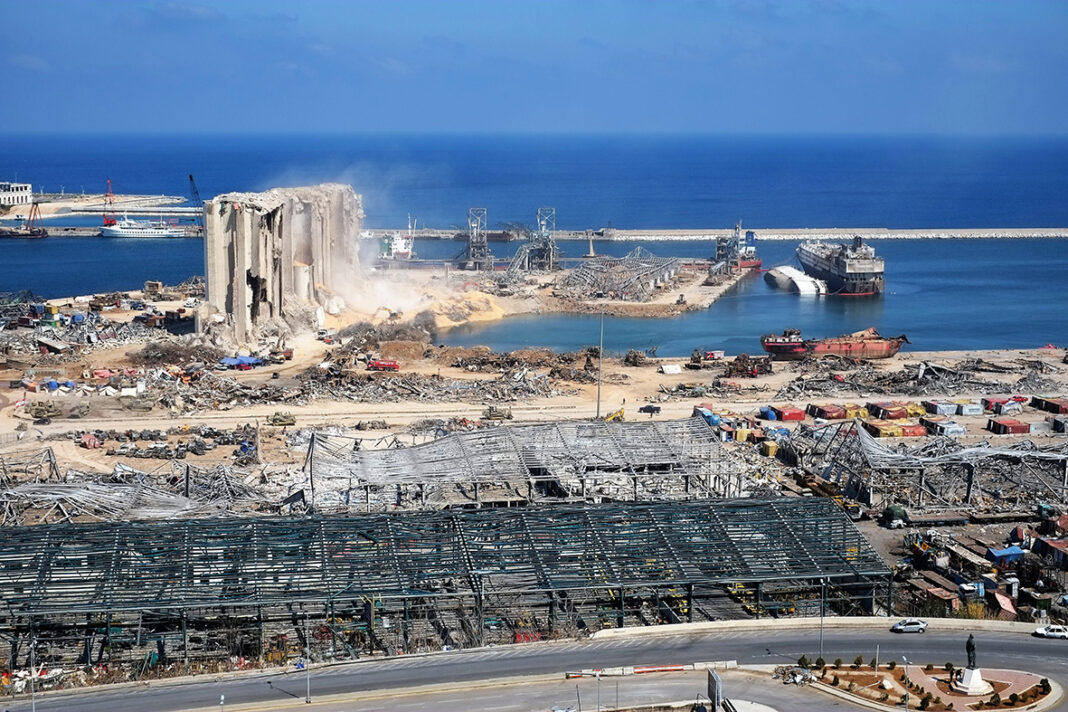 Lebanon’s economy is reeling after an extraordinarily tumultuous year in the Levantine nation’s history. In a country that has been witnessing a revolutionary struggle against its consociational power-sharing system organized along religious confessional lines and based on patronage networks and clientelism, a recent explosion in the port of Beirut came as the latest blow. Adding to this the ongoing effects of COVID-19, the situation seems bleak indeed. Is the Lebanese economy therefore doomed for failure and total collapse?

As the seemingly doddering president Michel Aoun appears to have put all his chips for economic recovery on offshore natural gas exploration and the desperately needed IMF funding is predicated on seemingly impossible political reform, there is an additional, much less discussed avenue which may help to alleviate Lebanon’s economy – social entrepreneurship.

Social enterprises, the main actors in the social entrepreneurship ecosystem, are for-profit companies whose primary incentive is social impact. While relying on profit to sustain operations, the bulk of earnings will be reinvested to scale up and maximize social benefit. Gregory Dees, often hailed as the founding father of social entrepreneurship, defines it as an endeavour that “places a social mission as the priority over creating profit or wealth, tackling social issues with a business-like approach.” Social entrepreneurship thus differs from more traditional social value-creating mechanisms like Corporate Social Responsibility (CSR) in that it is intent on scalability and sustainability while placing social impact at the very core of its business model.

Since the Arab Spring of 2011, which instigated a wave of optimism and change all over the Middle East and North Africa (MENA), a region that grapples with staggering (youth) unemployment, deep-seated poverty and (gender) inequality, social enterprises have sprung up in increasing numbers. Originating primarily out of the demographically significant youth bulge of the region, social entrepreneurs started offering a “fresh approach of finding solutions and changing the very systems that produced the problems in the first place” through promising tangible impact, advocating new habits and customs, local familiarity, and entrepreneurial acumen.

The case of social enterprises is a compelling one with regards to social change and economic recovery because they are situated in what Jacques Defourny, professor of economics at the University of Liège, has called the ‘intermediate space’ at the crossroads of market, public policies and civil societies. This position allows social entrepreneurs to draw resources from all three of these fora without facing some of the limitations typically reserved for them, including bureaucratic red tape, endemic corruption, clientelist networks, lack of transparency, shareholder accountability, and dividend payments. In other terms, social entrepreneurs often tackle the challenges neglected or left unaddressed by institutional voids and governmental inefficiency, all while creating jobs for the underprivileged and catering to some of the most pressing environmental and social problems.

The Lebanese venture FabricAID, which normally operates as a second-hand clothing collection and redistribution enterprise, has recently also taken it upon itself to rebuild some severely damaged neighbourhoods in Beirut following the recent explosion, as the military stood idly by and watched. “It’s very obvious that any change in this country is not going to come from the government,’ says Omar Itani, FabricAID’s founder. ‘You can either shy away and complain or get fed up and leave the country.  Neither attitude solves anything.” According to the World Bank, about 40% of male and 30% of female graduates migrate from Lebanon in search of better job opportunities abroad. Social enterprises help to address the issue of brain drain by creating new job opportunities and incentivizing people to take matters into their own hands. This results not only in economic inclusion and empowerment but also instills civil society with a new sense of self-worth and agency. ShareQ, another social enterprise that focuses on financial inclusion and job creation for disadvantaged populations recruits, trains, and employs women and youth with social, physical, and financial challenges from both refugee and host communities, who otherwise would not be able to support their families.

The bottom line is that social entrepreneurship is still a relatively marginal phenomenon and will not salvage the Lebanese economy in itself. However, social entrepreneurs serve as a learning laboratory for society in developing, testing, and refining innovative solutions to social problems. And they are vital to economic growth and inclusion. Indeed, according to the European Commission, the social entrepreneurship ecosystem currently employs around 40 million people and engages around 200 million beneficiaries globally, with numbers rising rapidly. For this reason, social entrepreneurship is a promising new force to be reckoned with. Rather than relying on top-down decrees and outside funding, social enterprises take up the challenges that traditional entities often fail to address.

The current situation in Lebanon provides fertile ground for newly empowered entrepreneurial-minded changemakers through innovative bottom-up approaches and technological acumen. Social entrepreneurs take on the pressing challenges that the government often will not. This is where their greatest asset lies. While it remains to be seen if the Lebanese economy will rebound within the foreseeable future, social entrepreneurs are some of the most fervent flagbearers of economic growth and inclusion.