Home Business & Economics “We Need The Next Marx!”

In his magisterial “Capital in the Twenty-First Century,” the French economist Thomas Piketty showed that inequality in terms of both income and wealth have increased tremendously since the 1970s. While the income share of the top decile has increased from below 35 percent of total income in 1980 to almost 50 percent today, the poorest members of society have seen their purchasing power  reduced substantially. Moreover, in the US the top one percent managed to increase their share in the national wealth from about 28 percent to more than 35 percent over the same period.

Both Piketty and David Grusky, Director of the Center on Poverty and Inequality at Stanford, identified a dramatic change in social norms in the 1970s and 1980s, arguing that the conservative revolution  is one of the main driving forces behind this phenomenon. Indeed, Grusky suggested that all the various factors in play, like the decline in unionisation and the effects of trade policies, can be “subsumed under the ideology of neoliberalism.”  As Grusky explained, “it’s not like there is just a set of factors that are unrelated and suddenly all come together at the same time. Those factors are part of a very explicit set of policy decisions.” Asked as to why neoliberalism has been so successful, Grusky claimed that neoliberalism is such a seductive ideology that “even those people who don’t have any obvious and immediate interest nonetheless came to be committed to it in an almost religious way.”

The consequences of this massive increase in inequality are, according to the Stanford professor, very problematic. He identifies three main problems that, taken together, are “really worrying.” First,he agrees with Francis Fukuyama that such high levels of inequality make it very hard to provide effective democracy since it proves to be very difficult to “protect our commitment to equal voice when there’s just so much money, and hence power, at the top.” Secondly, social mobility is facing an existential threat.

“When you give so much money to a certain sector of the population, they can use that money very effectively to assist their children and, hence, you don’t have a fair enough competition,” Grusky explains.

Finally, to “turn the neoliberal logic on its head,” Grusky claims that the accumulation of income and wealth at the top is, in fact, harmful for the economy as a whole as elites can engage in unproductive rent-seeking activities by setting up “rules of the game that will not entail free and open competition, but will, instead, lead to direct transfers from the powerless to the powerful.”

All these points taken together paint, indeed, a very gloomy picture of the future. In order to solve the immensely complex issue of inequality, Grusky suggests that a redefinition of private property could be a good starting point. He describes the Chinese model, where not the property itself, but only usage rights of up to 70 years are sold to private individuals, as a “wonderful idea” and argued in favor of an inheritance tax rate of 100 percent. However, as private property is to be regarded as one of the most sacred values in our society, the Max Weber Award winner concedes that “something as radical as cutting to the heart of that principle is not likely to happen.”

Still, looking forward, Grusky remains quite optimistic about the future, as he is convinced that the 21st century will be “a place where some very strong, egalitarian initiatives break out.” Just like the 20th century could not withstand certain types of extreme inequality, “things will be happening” in the 21st century too. Grusky expects a “century of revolt and reform,” but there is no way to tell whether change will come via a revolutionary popular movement or a reform programme led by some enlightened capitalists.

Indeed, the Stanford sociologist says that a revolution is a “scary prospect since the disenfranchised and the powerless have never really done well through these collective revolts. At the end of the day, they always lose.” In talking about the possibility of a comprehensive reform movement, he points out “how powerful socialism was in the 20th century in enabling a reform movement because it was a threat.” Consequently, he called upon people on the left to start thinking about a new ideology that threatens to undermine the status quo.

“We need a threat. We need the next Marx. I think that’s a high priority.” 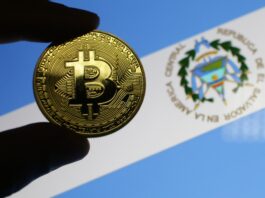 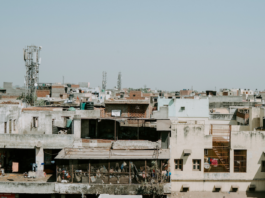 Polemics - 14. April 2022
© Polemics - Magazine of the Diplomatic Academy of Vienna