Home Business & Economics What 43 Billion Dollars Could Have Done: The Economic Crisis in Sri... 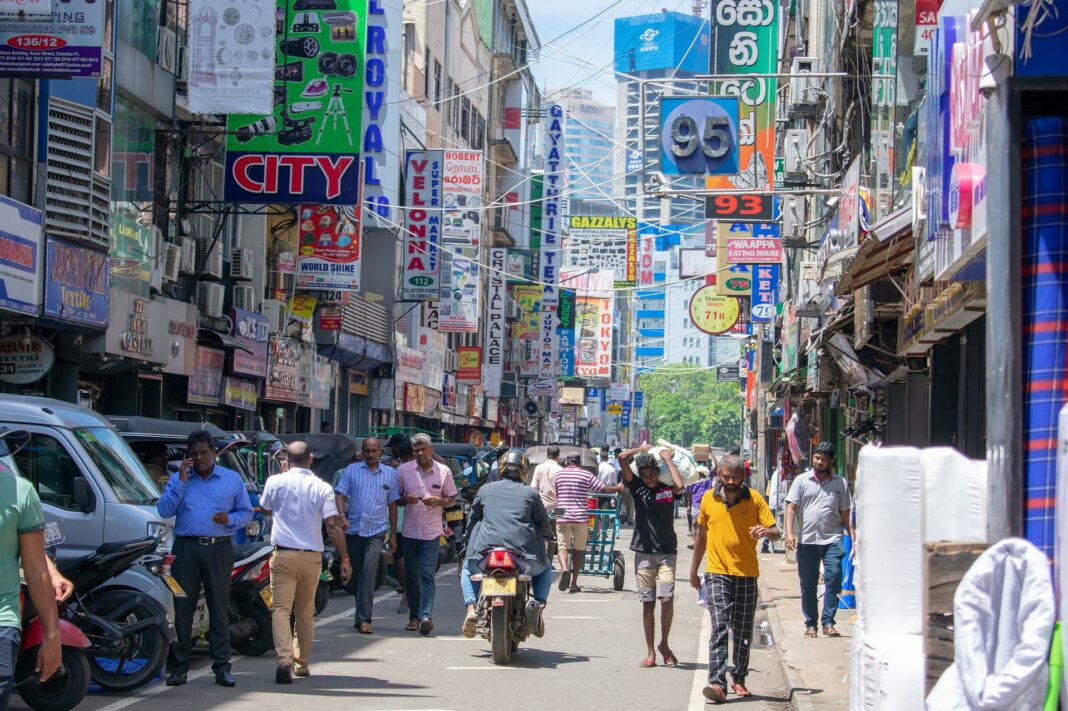 Around the same time Elon Musk made a bid for Twitter at 43 billion USD, Sri Lanka defaulted on its 51 billion USD external debt. In other words, 8 billion USD more and Elon Musk could have saved Sri Lanka, a country of over 20 million people, from bankruptcy instead of buying Twitter.

Fishing boats have now become the lifeline for hundreds of Sri Lankans. But they are not used for fishing alone. They are now increasingly used by desperate Sri Lankans to flee the country. The last couple of months have been extremely unsettling in the capital Colombo due to deteriorating economic and political conditions. Across the coast to India, it has been a busy couple of months for the Indian Coast Guard as well, which has been on alert for potential refugees flowing in from Sri Lanka. There is a sense of uneasiness on both sides as the usually calm waters separating these two countries have become troubled again.

On the morning of June 24th, another batch of Sri Lankan refugees landed on the coast of Tamil Nadu, India. This is not the first time that refugees from Sri Lanka have landed on these shores of South India. The last time was to flee the civil war that lasted from 1983 to 2009. This time, they flee the rapid deterioration of the Sri Lankan economy. Soaring food prices and a shortage of essential goods such as fuel and food have become a part of daily life for many Sri Lankans since the start of the year. Another indication of the worsening economic situation is the almost daily occurrence of blackouts.

So, what exactly is happening? Sri Lanka is currently facing its worst economic crisis since its independence in 1948. The country is experiencing soaring inflation, depletion of foreign reserves, currency free fall and massive debt. Together, these factors form the perfect recipe for an economic disaster. The situation has become so desperate that the country had no choice but to default on its debt payment to stay afloat. Sri Lanka is now seeking help from the International Monetary Fund (IMF), India and China.

But how did Sri Lanka, a small island country in the Indian Ocean, end up in this situation? Before getting on to why this happened, we must remember that Sri Lanka was devastated by a civil war that only ended in 2009. Since then, the country has experienced rapid economic growth. The living standard in Sri Lanka became one of the highest in South Asia. So, this rapid collapse of the Sri Lankan economy was a surprise to many observers. However, for someone who has been closely watching Sri Lanka for the last four years, this fall was inevitable.

The current crisis is a result of poor economic policies pursued by successive governments, and especially by the current administration led by Gotabaya Rajapaksha, exacerbated by the Covid-19 pandemic. Gotabaya Rajapaksha won the presidency in 2019 with the support of the Sinhalese Buddhist majority. He promised to revolutionize the country’s agricultural sector and invest in infrastructure. Taxes were cut as promised during his campaign. Naturally, this led to a significant decrease in Government Revenue. In order to finance infrastructure projects in the country, the government borrowed heavily from China, without ever thinking about how it is going to repay these loans. Even worse, Sri Lanka has been running on trade deficits for a long time now. Consequently, the debt-to-GDP ratio increased from 40% in 2019 to 111% in 2022. All of these factors combined mean that the country became unable to repay its debt and has had to default. It is estimated that the current economic and political crisis has pushed at least half a million people back into poverty.

On top of all the policy missteps, the Sri Lankan government completely banned the import of chemical fertilizers into the country. It justified this by claiming that the ban would make crops more organic and improve their effects on health. However, many analysts claim that the real reason the government banned fertilizer imports was that it was running low on dollars to purchase imported goods. As expected, the ban on chemical fertilizers led to a sharp decrease in food production, thereby forcing it to import rice as well. Luxury goods entering to the country were also regulated, to stop the outflow of dollars. Unfortunately, the country was already running short on dollars because of a large trade and fiscal deficit. In light of these disturbing macroeconomic conditions, foreign investors began pulling out of the country. This was an indication that the economy was headed towards a crisis.

Then, Covid-19 hit and further devastated the country’s economy. Tourism, which contributes around 14% of Sri Lanka’s GDP, slowed down dramatically as the pandemic prevented people from travelling to Sri Lanka. The sharp decline in tourism cut off a major source of foreign currency and deprived the economy of much-needed tourism revenues. Additionally, rising fuel prices due to conflicts around the world drove inflation for food and essential items.

The situation in Sri Lanka now is not just an economic crisis, but a humanitarian crisis. The country now relies on aid from neighbouring countries and international agencies just to stay afloat. It is not an overstatement to say that everything that could go wrong did indeed go wrong in the country. Sri Lanka is a reminder to other small islands nations and economies around the world who heavily rely on tourism to diversify their economy. Very few saw this crisis coming three years ago. This crisis has huge regional implications as well. Sri Lanka has borrowed heavily from China to fund its projects, a move that has not gone down very well with New Delhi and Washington. Sri Lanka has traditionally depended on its close neighbour India for all its needs. This recent tilt towards Beijing has alarmed New Delhi who sees its dominant position in South Asia being challenged by China.

India does not want to see an unstable Sri Lanka as it fears that the crisis could spill over and bring floods of refugees from Sri Lanka to India. However, Sri Lanka is not the only country that is undergoing economic and political turmoil in South Asia. The Pakistani parliament recently ousted prime minister Imran Khan and Shehbaz Sharif took over. Pakistan is also undergoing a huge economic crisis fueled by a decrease in the value of the local currency and growing debt. The soaring fuel prices have led to rising inflation in the country. India, the region’s economic powerhouse, is also experiencing rising inflation and slow economic growth. Lastly, there is also a brewing economic and political crisis in Nepal. Like Sri Lanka, Nepal recently banned the entry of several luxury goods into the country, to prevent the depletion of its foreign currency reserves. There are already fears that Nepal might also follow the Sri Lankan fate.

As the whole world has witnessed, Covid-19 has severely affected the economies of countries heavily reliant on tourism. Sri Lanka is by no means the only country facing economic difficulties in the face of the pandemic and uncertainty over the effects of conflicts raging across the world. However, the exceptional economic and political mismanagement have pushed Sri Lanka to the edge of collapse. Its people are demanding political and structural changes – and rightfully so. The economic crisis unfolding in Sri Lanka is a mirror to other countries in the region as well. More importantly, a destabilized Sri Lanka could well be the point of conflict between India and China as both of these powers are heavily interested in the Island nation. Perhaps the only silver lining here is that given the strategic importance of Sri Lanka, its two competing powerful neighbours will help it out of this crisis. The tale of Sri Lanka should serve as a warning to most of the developing world post-Covid-19. Unlike the rich industrialized economies, developing economies do not possess very strong safety nets or institutions to shield their economy and their people from crisis.

It is interesting to see that at a time when a single person buys a company for billions of dollars, the same amount could save the economy of an entire country. Debt and mismanagement have brought Sri Lanka to its knees. However, Sri Lanka is just one example. There are fears that other developing nations, especially in Africa and Asia, could follow suit. More action must be taken by the global community to avoid this from happening to other states as well.