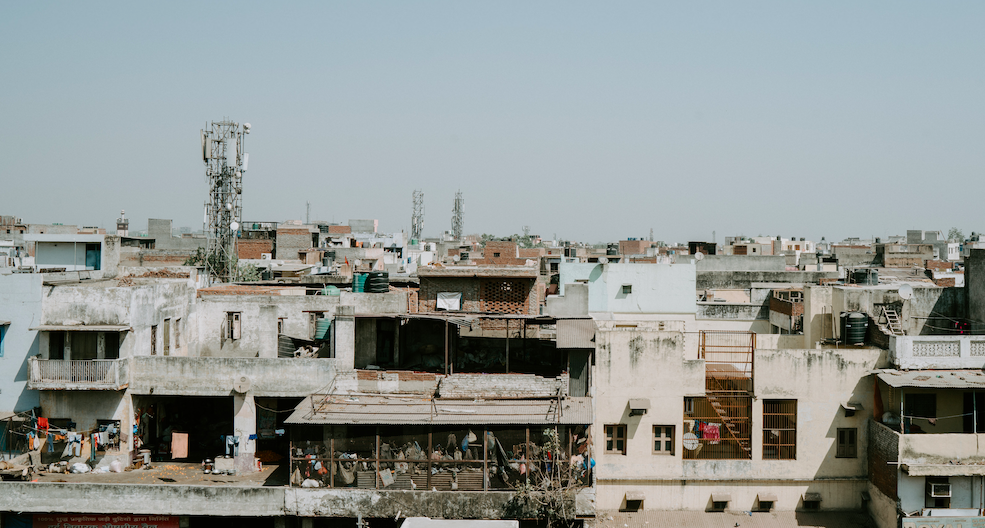 In September 2015, world leaders came together and adopted the 17 Sustainable Development Goals (SDGs) as part of the 2030 Sustainable Development Agenda. The SDGs call for a universal action to end poverty, protect the planet and improve the lives and prospects for everyone. The SDGs include objectives like reduced inequality, quality education, economic development, ending poverty, climate action and gender equality.

The first goal of the SDGs is to end poverty: “Poverty must be ended everywhere and in all forms.” But how is poverty defined? The scope of “poverty” under the SDGs is the concept of “Absolute Poverty” or “Extreme Poverty” which is defined by the World Bank as earning less than 1.90$ a day. For example, if person A is living on less than 1.90$ a day, he or she is said to be in extreme poverty. Researchers have been working on devising a standardised way to measure poverty reduction. One way to look at and analyse the data is the World Poverty Clock. The Clock has been developed by the World Data Lab, a global data enterprise. It provides a real-time poverty estimate for almost all countries in the world by showing the number of people living in poverty and segregating the data based on region, sex and whether the person lives in an urban or rural area.

When this data collection started in 2016, there were more than 710 million people living in extreme poverty. The escape rate, which is an estimation of the number of people leaving poverty per second, was 0.6. However, to achieve the eradication of absolute poverty by 2030, a target rate of 1.6 people per second would be needed. Thus, the global community is clearly not on track to fulfill the first SDG. In 2020, the Covid 19 pandemic pushed millions of people back into poverty: 160 people per minute entered extreme poverty instead of being pulled out. For the first time since the start of the data collection, the absolute number of people living in extreme poverty has increased – from 641 million in 2019 to 725 million. This resulted in an increase of the target rate to 2.2 people per second for achieving zero poverty by 2030.

Fast forward to 2022, we now have 679 million people living in extreme poverty, close to 6 percent more than in 2019 but less than in the pandemic year 2020. Currently around one person is leaving or escaping poverty in a second. By the time you have finished reading this article, more than 300 people would have escaped extreme poverty. This is also the highest rate of escape since the data collection started in 2016. To achieve the SDG target by 2030, the escape rate should be at least 2.5 people per second for the year 2022. Right now, we are going at less than half that rate for which the pandemic can only be partially blamed. Outbreaks of ethnic conflicts, economic recession and general economic downturns all played their part in the persistence of such poverty.

The Third category encompasses countries where poverty is decreasing, but not at a rate at which absolute poverty will be eliminated by 2030. Guatemala, Honduras, Kenya, and Botswana fall under this category. The last group of countries is where absolute poverty is increasing. Countries that have undergone a phase of political instability or improper economic management are on this list. This includes many countries in Sub-Saharan Africa that have seen a serious uptick in absolute poverty, as well as Venezuela, Haiti, and Afghanistan. In Asia, Papua New Guinea, Yemen and Afghanistan are the countries that are expected to see an increase in poverty. Whereas for many war-torn regions, such as Syria, it is difficult to get reliable data, or data at all. Some war-torn countries, such as Syria, are not included in the list as in these regions it is difficult to get reliable date or any data at all.

Political unrest in various parts of the world is a huge obstacle in achieving the target of zero poverty by 2030. New conflicts and wars may further complicate the equation. The current events in Ukraine for example, pose fresh challenges. Funding and financial aid from parts of Africa and Asia may be redirected to Europe, and the implications on the global food market are expected to be disruptive, it is hard to predict the exact impact of a new economic downfall caused by the war and major supply chain disruptions, but reaching zero poverty will become an extremely strenuous task.

Excluding effects of the current war, the data predicts that around 535 million will still be living in absolute poverty in 2030. Although absolute poverty in the world is decreasing despite an ongoing pandemic and the threat of new conflicts, it is the slow rate of decrease that should be of greatest concern. The rate of poverty reduction we are seeing right now is actually one of the highest since data collection began. The Covid-19 pandemic has shed some light on the issue of increasing poverty, but more needs to be done to eradicate absolute poverty. Development economists stress that political stability, trade and economic growth must be prioritised in order to pull people out of poverty. Most of the world economy seems to be recovering faster than expected from the pandemic, but new crises and rising food prices around the world will pose new challenges in eradicating poverty.

Folly of a Nation: Nagorno-Karabakh Conflict