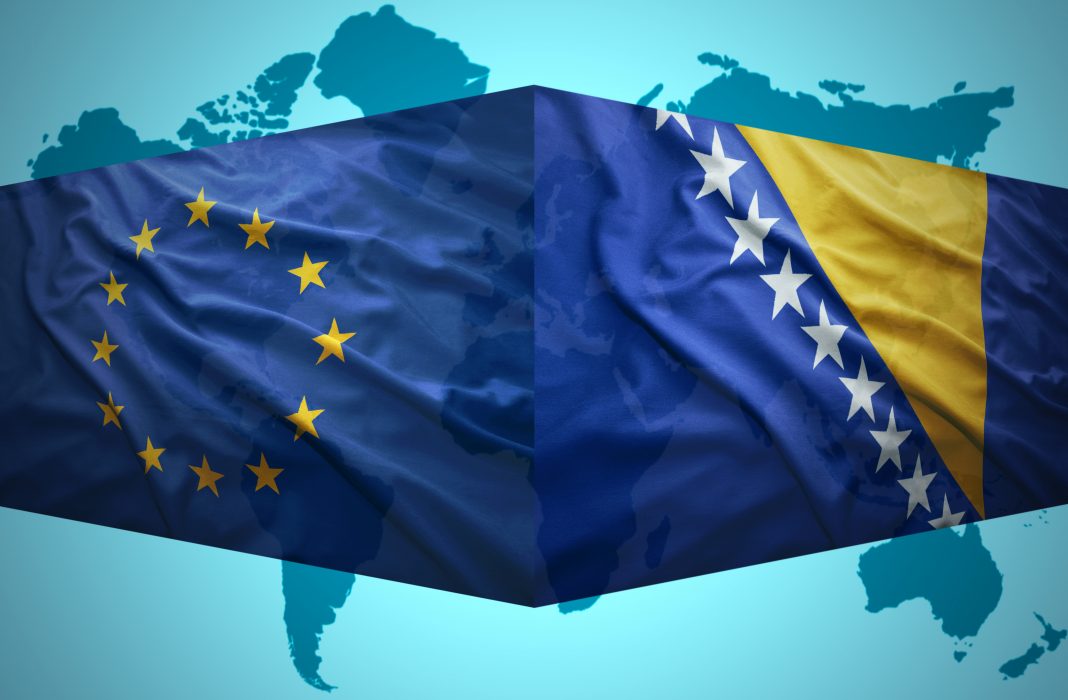 Though calls for reform are nothing new, concerns for the future of Bosnia and Herzegovina’s fate are compounded by crippling corruption, high emigrations rates, growing ethnic divisions and a staggering unemployment rate of 40 percent.

Bosnia and Herzegovina’s constitution has been based on the Dayton Peace Agreement since the end of the Bosnian War in the mid-90s. The agreement that ended the conflict split the country into two entities: the mainly orthodox Serbian Republika Srpska and the Federation of Bosnia and Herzegovina, predominantly composed of muslim Bosniaks and catholic Croats. Additionally, a “neutral” self-governing administrative unit in north-eastern Bosnia and Herzegovina called Brčko Distrikt was formed as a way of preserving the balance of power. It is part of both the Federation and Republika Srpska and remains under international supervision to this day.

The Federation of Bosnia and Herzegovina is divided into ten cantons, each canton possessing its own government and full autonomy in areas such as cultural policy and policing, as well as relative autonomy in areas such as health care and education. Republika Srpska is more centralised with the office of the president being even more powerful than the one in the Federation of Bosnia and Herzegovina. In addition, it also possesses its own unicameral parliament. Therefore, the cantons enjoy a considerable autonomy, each having their own president and government. Nevertheless, they do share a common state level presidency with three members – a Bosniak, a Croat, and a Serb – as well as a state-level parliament consisting of the House of Peoples and House of Representatives, and a common government.

One can only vote for a single member of the presidency: citizens of the Federation of Bosnia and Herzegovina may vote for either a Bosniak or Croat candidate, citizens of Republika Srpska vote only for a Serb member of the Presidency, while the citizens of Brčko District have the option to decide which candidate they want to vote for.

“The Bosnian constitution is too complex; it may work as a peace treaty but hardly as a constitution” said Professor Hanspeter Neuhold of the University of Vienna, one of many Balkan experts who agrees that the changes to the country’s constitution are imperative. Yet, more than two decades after the end of the Bosnian war, the constitution remains unchanged.

This complicated system of government was never intended to govern the country for a long period of time due to fears that it it facilitates ethnic division. While the complex governmental set-up was  a measure necessary to stop the conflict in 1995, it now impedes the movement towards a unified nation.

The international community has almost completely abandoned its former efforts to encourage Bosnia and Herzegovina’s ethnic leaders to form a consensus on how to reform the country’s complex and inefficient system of government, and appears that the topic of Bosnian constitution reform has entirely vanished from all recent discussions on European integration.

“Bosnia and Herzegovina needs to stop using its constitution as an excuse,” said Srđan Cvijić, a senior policy analyst based in Brussels during a roundtable talk held at the Diplomatic Academy of Vienna on October 29.

This statement reflects the major discrepancy between the reality of political life in Bosnia and the expectations of the European Union. The strengthening of shared institutions has been set as a condition for Bosnia and Herzegovina’s EU accession, but not even the appeal of European integration seems to be sufficient to motivate the ethnic leaders to give up their short-term political gains and agree on a way to move forward.

The system that allows them to maintain power is one of deep ethnic divisions, resulting in a  frequent escalation of animosity between the ethnic groups. On one side, the leaders in Republika Srpska showcase separatist tendencies and see Bosnia and Herzegovina as a “failed state.” Yet on the other hand, Bosniak leaders seek greater centralisation and push towards joining the EU. To make matters more complicated, Croat leaders are divided, with some supporting greater unification and others advocating a third, primarily Croat entity.

Consequently, Bosnia and Herzegovina’s path to joining the EU seems to be stalling. This is no secret for its citizens, who are emigrating in great numbers. According to the World Bank, the number of people from Bosnia and Herzegovina who live abroad is 44.5 percent of the country’s population, ranking it in 16th place for emigration rates worldwide.

This year, the lecture halls of Bosnia and Herzegovina’s second largest university, the University of Banja Luka, were half empty, and two additional admission periods were introduced in an attempt to attract more students. Since two thirds of young people in Bosnia and Herzegovina are unemployed, fears of poverty and a future with little prospects has completely shifted the discourse among students. The conversations no longer focus on future studies, but rather on how to leave the country.

This alarming fact poses probably the biggest threat to the future of Bosnia and Herzegovina: even though reforms are possible, it seems that soon there is not going to be anyone left willing to fight for them.

The situation in Bosnia and Herzegovina has not changed much over the years: the country is in a state of political paralysis with a worsening economy and little attention from much of the Western world. All hope is placed on the willingness of the younger generations being educated abroad to return home after their studies, thereby sacrificing their wellbeing for the mere possibility of a better future.

One thing is certain: with or without the prospect of joining the European Union, difficult times are in store for Bosnia and Herzegovina’s youth.