Home European Affairs Brexit Two Years On: Uncertainty in London, an Opportunity for the Western... 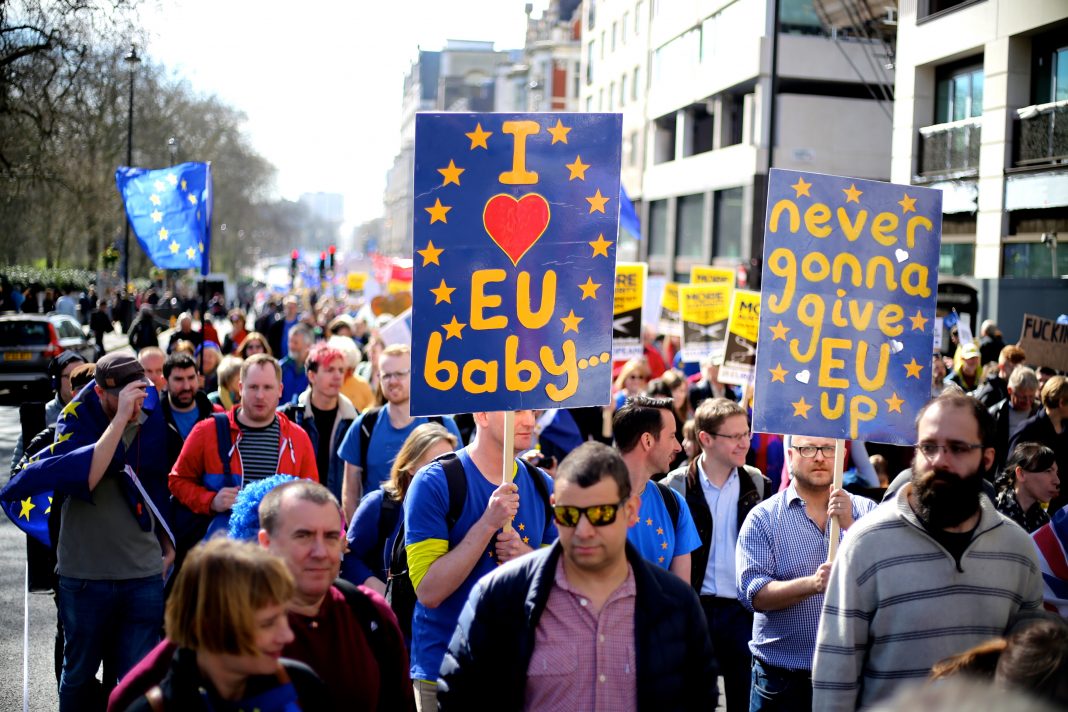 On June 23, 2016, European politics were shaken to the core by the United Kingdom’s decision to exit the European Union. Two years later, while the fate of Europe and Britain’s relationship remains uncertain, the referendum outcome has provided new momentum for EU enlargement to the East.

Breaking up is hard to do, but at least divorcing partners know what they want. London and Brussels seem to have opposite visions for their relationship after Brexit.

51.9 percent of Britons voted to leave based on the promise that London would take back control and that the supremacy of EU law would end. Since then, the negotiations surrounding the exit from the European Union, known as “Brexit,” have kept both interlocutors, the UK and the EU, quite busy.

Yet, more than one year after Article 50 of the Treaty of the EU was triggered, many of the specifics of Brexit remain unclear. So far, only the date is fixed: the UK will officially leave the EU on March 30, 2019.

During the campaign, “Brexiteers” promised an exit without trade-offs. The aim of British Prime Minister Theresa May has ostensibly been to maintain access to the European markets.

“A non-member of the Union cannot have the same rights and enjoy the same benefits as a member,” European Council President Donald Tusk made clear in March 2018.

The question of whether the UK will manage to negotiate a soft or a hard Brexit remains unresolved.

A hard Brexit would mean a total breakaway from Europe’s single market and the customs union. But in fact, a soft Brexit would bring hardliners back to the fore, possibly accusing May of betraying the voters.

May appears to be on unstable footing, exacerbated by the snap elections in 2017, which resulted in a shocking loss of parliamentary seats. Her own cabinet is not even united; Foreign Secretary Boris Johnson regards her plans for a customs partnership as a betrayal to Brexit voters.

The Conservative Party is split but won’t let May go, fearing what comes next, while the Cabinet is facing heavy infighting over different conceptions of a custom union.

In any case, Britain is dedicated to departing from the current union.

Critical British voices say that being in a special customs union with the EU would be worse than remaining in the EU. David Davis, the Brexit Secretary, said that having no tariffs or quotas will be easier for the UK with regard to any future customs agreement with the EU.

When the transition period ends on Dec. 31, 2020, the UK will have to adhere to the rules imposed by the EU, whether a bilateral agreement has been reached or not. If there is no agreement, Article 50 stipulates an abrupt exit from the union, setting them back to WTO rules.

The UK’s parliament introduced a Withdrawal Bill early this year, which aims to ensure that the UK exits the EU with certainty, continuity and control. As far as possible, the same rules and laws should operate after Brexit as before. For the fear of facing economic losses, London wants to provide businesses as much certainty as possible.

But the outlook is not entirely dreary.

Some believe that the UK’s departure brings the remaining 27 states closer together. Two emerging initiatives are the formation of a more unified front on free movement of peoples, and the future accession of Balkan states, a move which the UK hindered for decades.

And while the UK plans its departure, others are keen to join the Union.

The EU is officially negotiating the terms of accession with Montenegro, Serbia and Turkey, while Albania and the Former Yugoslav Republic of Macedonia have received official candidate status and Bosnia-Herzegovina and Kosovo have been named “potential candidates” for accession.

Ironically, this July, London will host a conference between the Western Balkan states and EU member states, where reforms for future EU enlargement will be the main topic on the agenda. The Western Balkans Summit is part of the Berlin Process, which aims to strengthen cooperation in security and political matters.

The Western Balkans issue is certainly back at the top of Brussels’ agenda, as the EU seeks to stop Chinese or Russian influence in its own neighbourhood.

Concrete dates have been mentioned recently for the first time after years without movement concerning timelines on accession prospects.  For example, 2025 has been set as the year for Serbia’s and Montenegro’s accession.

The Sofia Summit in Bulgaria, which took place this May, affirmed the EU’s commitment to the accession of the Western Balkans. At the high-profile meeting, EU-leaders emphasised the necessity of working together to address common security challenges, such as illegal migration, terrorism and extremism.

European Parliament President Antonio Tajani voiced his support for Montenegro’s and Serbia’s accession in 2025, although German Chancellor Angela Merkel expressed some scepticism. The UK is keen to jump into this dialogue, as it presents itself as a solid partner of the Balkans and the EU.

“Next year the UK is leaving the European Union, but we are not leaving Europe – and we will continue to champion the European values that so many in the Western Balkans share”, Theresa May stated at the summit.

With Austria’s upcoming Presidency of the Council of the European Union beginning on July 1, the prospect of accession of the Western Balkan countries is indeed favorable. Austrian Chancellor, Sebastian Kurz, declared that enlargement towards the Western Balkans would be treated as a priority.

With the clock ticking before the UK formally has to leave the EU, its relationship with Brussels and the 27 remaining member states is as unclear as it was two years ago.

The only thing that is certain is that time is running out and negotiations will only get tougher.

For the EU, however, Brexit might turn even have its benefits, such as a chance for future enlargement. The recent Sofia Summit has shown that the prospect for the Western Balkans to join the union are closer than ever.

Thus, the UK’s decision to leave the EU may in fact have accelerated EU enlargement.

The Little Things That Matter: Semiconductors and the New Geopolitics of...