Home European Affairs Labor Trafficking in the age of a pandemic – exploiting the new... 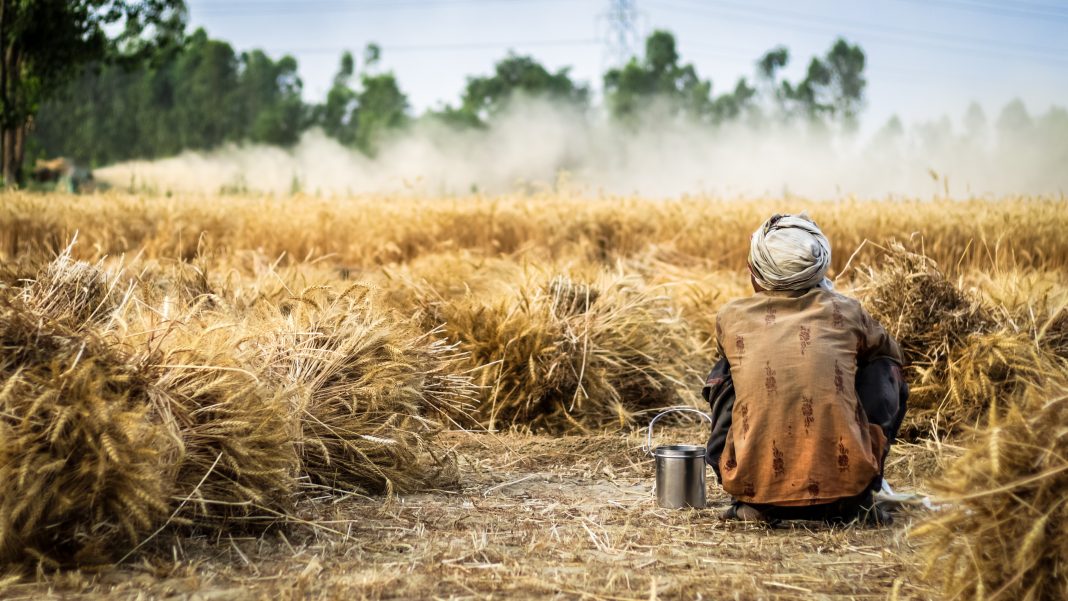 While the COVID-19 pandemic has put the world into lockdown, according to watchdog groups, human trafficking is soaring in Europe.

As the COVID-19 pandemic has put the world into lockdown, traffickers all around the globe are capitalising on the most vulnerable members of society. The top three means of exploitation are forced labour, sexual trafficking, and debt bondage.

At first glance, the closing of borders, the implementation of national curfews, and restrictions on traveling as a result of the rising healthcare concerns might suggest a decline in the number of trafficked victims given the reduced general demand for contact jobs (sex industry, temporary and seasonal labour, domestic servitude). However, in the realm of organized crime the opposite occurred. With more people feeling anxious about their immediate future, vulnerable populations have allowed traffickers to seize the opportunity to vector the new anxieties directly into their criminal activities and exploit the new “normal”. This situation transpired, because, rather than restricting trafficking, the pandemic only limited the resources of  the systems designed to curb it.

With primary needs being relocated to hospitals, border controls, and essential services, new societal vulnerabilities rise to the surface. These vulnerabilities are none other than those described by the “push & pull” factors: extreme poverty, unemployment, and lack of education. They, in turn, are compounded with the demand for cheap labour, free-market economies, and the commodification of sex. In light of this, the authorities assigned with addressing the phenomenon are now diverting resources meant for fighting crime towards battling shortages directly related to COVID-19. At the same time, prevention and assistance services are either being reduced or even shut down altogether.

As of April 2020, the Counter-Trafficking Data Collaborative (CTDC) has revealed that the two most common forms of exploitation registered amid COVID-19 were sexual exploitation (53.66%) and forced labour (41.81%). In both instances, the pandemic-induced human trafficking was mainly caused by the disruption of supply chains which in turn created a market power-vacuum for exploitative working conditions. In the case of labour trafficking, industries lent money to confined irregular workers as a means to secure debt bondage, whereas in the sex industry, the temporary prohibition of work due to the lockdown pushed some of the industry’s workers further underground, increasing their vulnerability to sex trafficking. There remains then a key question: how are such activities identified in the first place, and who are the vulnerable people the traffickers keep preying on?

According to the 2000 Palermo Protocol, a criminal activity falls under the framework of human trafficking if it consists of three cumulative conditions: an act (recruitment, transfer, harbouring), a means (threat, coercion, fraud, deception), and a purpose (sexual exploitation, forced labour, removal of organs, etc.). Opposed to the smuggling of migrants, in which the crime ends at the arrival of destination, trafficking only begins once the victims are brought to their place of assignment. As such, rather than putting a ceiling on criminal activities, the COVID-19 crisis has introduced a consistent basis for the expansion of key drivers in human trafficking: increased insecurity, poverty, and marginalisation.

Funding the road to forced labour

The apparent lack of prioritization of human rights within Europe’s food supply is mostly apparent in the migrant work conducted within the informal and agricultural sectors. Those trapped in seasonal labour, oftentimes in overcrowded accommodation with little or no safety measures, have no choice but to continue working. As reported by Europol’s European Migrant Smuggling Centre (EMSC), the recent travel restrictions have complicated the prospect for temporary workers in agriculture, increasing the demand for trafficked third-country migrants, inversely proportional with the decrease of labour inspections. As a result, those stuck in this line of work have become far more exposed to being infected due to their precarious working and housing conditions. Despite these risks, countries such as the United Kingdom, Germany, or Austria have steeply increased their import of workers from Eastern Europe (mainly Romania, Poland, and Bulgaria) to plug the gaps caused by COVID-19.

Whether needed in health and social care, in slaughterhouses or on farms, chartered flights are bringing in migrant workers on a constant basis, with many shuttling back and forth for weeks between the host and receiving country. The de facto on-the-job quarantine case of Romanian seasonal workers in Germany has been particularly revealing, as the one-off initiative to import the cheap and reliable workforce has resulted in a public protest condemning the poor living and working conditions, ultimately culminating in a proposal to change the German labour legislation. Yet the narrative is far from coming to a close. With Western economic powerhouses dictating the terms of conditions of seasonal labour, Eastern European governments freely accept the trade to the detriment of the health of their citizens. The true victims of exploitation in the age of a pandemic, the seasonal workers, get caught in between a web of initial promises and guarantees, and an entrenched reality of dependency, exploitation, and abuse. As the Romanian National Anti-Trafficking Agency points out, because of the plethora of agents involved (going from country-based recruiters, to subcontractors, intermediary employers and broker agencies), the chain between employer and employee is disconnected, to the disadvantage of the workers.

Nonetheless, whilst it remains difficult to assess the long-term impacts of COVID-19 in the midst of the outbreak, the ongoing crisis can still provide an opening for new paradigm shifts, especially in the legislative realm of  employers working with migrants and vulnerable workers. Still, to be successful, such changes need to thrust out  the old convictions that a temporary falling economic demand outweighs the values of human rights and dignity. Whether taking place in the form of recruitment through means of coercion, fraud, or deception, trafficking continues to persist as a predatory behaviour, with those most susceptible to it not being anywhere near a position of power to push  for  change. For this reason, Europe’s response to COVID-19 continues to reveal new sides of this human trafficking crisis, highlighting aspects which we already knew about, such as the entrenched economic and hierarchical inequalities that still render some segments of the population more vulnerable than others. COVID-19 has shown the world a reality of disproportionate disparities, exposing and, simultaneously, exacerbating the situation of those most vulnerable to acute poverty, exploitation, and abuse.

The Farm to Fork Strategy: A Green Transition for the EU...