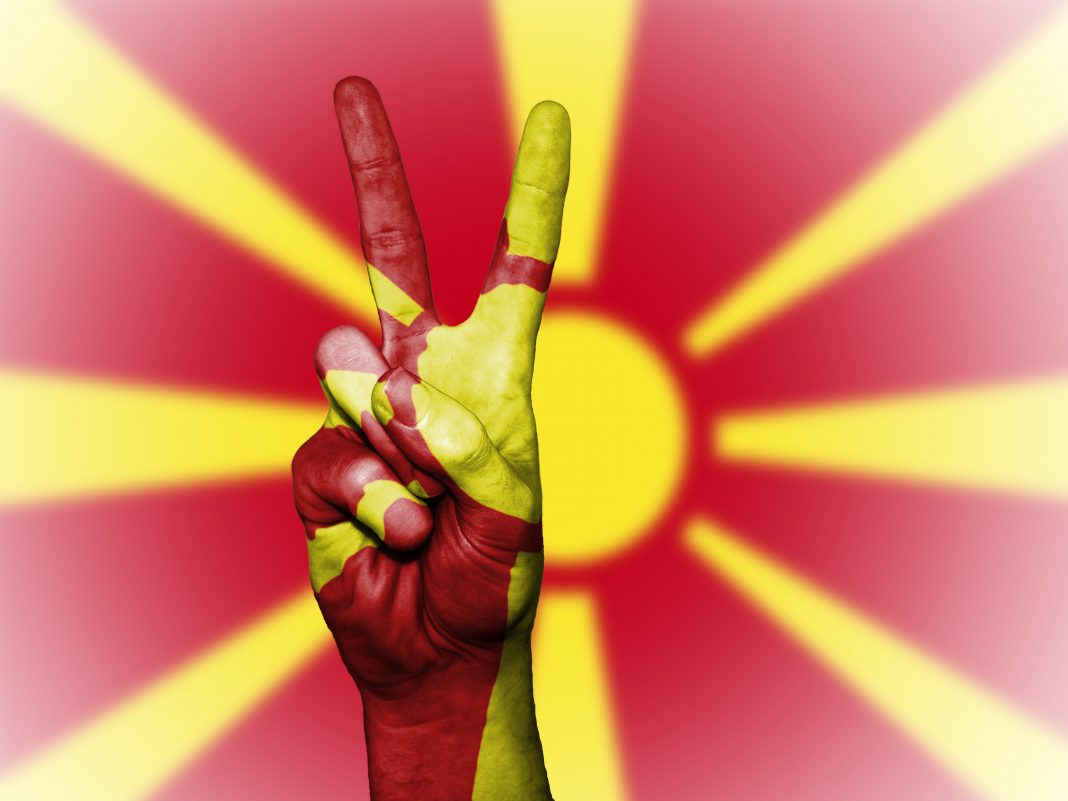 Greece considers its neighbour’s use of the name as an act of cultural appropriation that implies territorial claims to its northern region, also called “Macedonia”. It has thus vetoed further European integration of Macedonia, officially still named Former Yugoslav Republic of Macedonia (FYROM), ever since its declaration of independence in 1991.

Greece is barely recovering from severe austerity measures and Macedonia is suffering from a weak and state-dependent economy – so why the lengthy debate about a name, which seems trivial when compared to the economic conditions in both countries?

In a world where the nation-state is the conceptual norm, an essential part of the nation-building process consists of creating an imaginative national narrative through which people obtain a sense of unity.

The traditional Greek narrative, for instance, supposes that there is a continuity between antiquity and modernity, thus transmitting the virtues of ancient Greece to its supposedly modern counterpart. It can be problematic that the common concept of the nation entails unification by excluding exterior entities. Typical attributes are consequently considered to be exclusive property, of which no one else can lay a claim to.

The former Macedonian VMRO-DPMNE-led nationalist government’s policy of “antiquisation,” therefore, highly irritated Greeks. It involved the renaming of official buildings after Ancient Macedonian figures, such as Alexander the Great, and the construction of neo-classical facades, in a way that tried to imitate archaeological sites. For many Greeks, this was considered to be cultural identity theft.

Considering that war in Southeastern Europe is a matter of recent history, ethnic tensions in this area should not be taken lightly. Their historical roots, such as the Balkan Wars from 1912 to 1913 and the disintegration of the Ottoman Empire, make it clear that nationalism is a constant force to be reckoned with.

Josip Broz Tito, the former leader of Communist Yugoslavia, took this nationalism into account when he proclaimed 1944 Vardar Macedonia, the territory today widely known as Macedonia, as the sixth federal republic of Yugoslavia. With this move he tried to counterbalance Serbian and Bulgarian nationalism with Macedonian nationalism and left the door open for future territorial gains in the Aegean Sea, providing the historical basis for Greek irredentist suspicions.

Whether it is necessary to have a connection between ancient history and the naming of a state in the 21st century is up for debate. Every Macedonia, be it Greek or Slavic, is ultimately an invented tradition. Cultural identity formation is a selective, imaginative process that deeply touches on the cultural psyche of a nation. Hence it is a reliable and common tool for manipulating public opinion.

“Whole political careers and parties have been based on the relevant nationalist propaganda in both Greece and Macedonia,” explains Dimitrios Kousouris, historian and assistant professor at the Department of Byzantine and Modern Greek Studies at the University of Vienna.

“Nationalists on both sides concentrated in different attempts to appropriate for themselves the Macedonian past of the Hellenistic era, in other words the glory of Alexander the Great,” Kousouris added, indicating that the blame for this age-old dispute is to be shared.

Accordingly, the Greek SYRIZA-led and the Macedonian SDSM-led governments have finally negotiated a deal that ends the naming dispute and enables further European integration in Southeastern Europe. However, the agreement should not be mistaken for a voluntary rapprochement, having come into being only in light of the dispute’s geopolitical significance in the context of conflicts in the Ukraine, the Balkans and the Middle East, which ensured strong pressure from the EU and the U.S.

The nationalist enmities remain to be tackled. In view of ethnically and religiously motivated violence in Macedonia in recent years and the rise of parties like the neo-fascist Golden Dawn, which gained 7% in the Greek elections 2015, there is little room for optimism.

The Macedonian parliament only barely managed to get the required votes for a change of its name and the Greek government’s nationalist junior-partner ANEL opposes the new name. Although the necessary majority in the Greek parliament will hopefully be found with the help of opposition parties, it must be stressed that there is strong public opposition to the current agreement, as was evident by the mass demonstrations earlier this year.

How can hostilities that have been nurtured by propaganda apparatuses in both countries for the greater part of the 20th century come to an end? The beginning of intergovernmental cooperation and European integration is only a start.