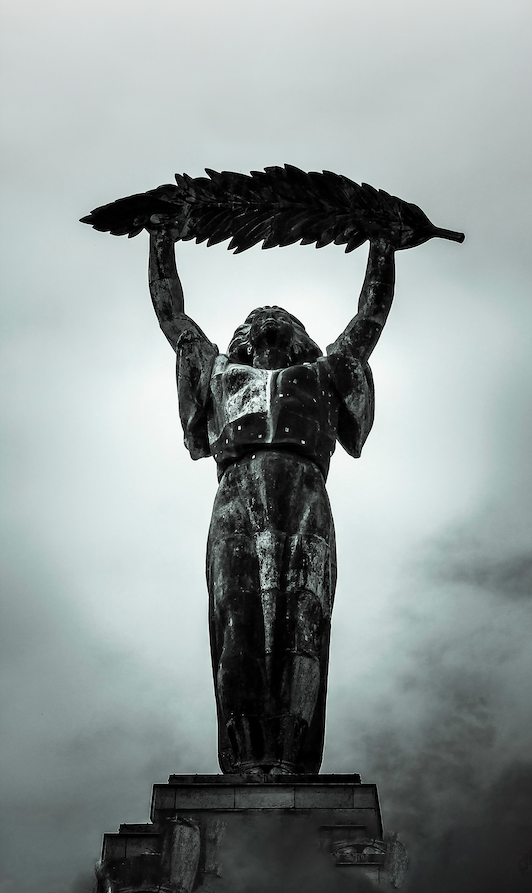 Enshrined in the European Charter on Fundamental Rights and in the European Convention of Human Rights, media freedom and media pluralism are inadmissible elements of liberal democracies in the European Union. Free and pluralistic media exercises a watchdog function while warranting the representation of a plurality of voices, opinions, and analyses to facilitate a solution-oriented public discourse without the excessive influence of ‘one dominant opinion-forming power’.

However, according to the Centre for Media Pluralism and Media Freedom at the European University Institute in Florence, these concepts’ legitimacy is increasingly challenged in the several Member States. From Bulgaria to Cyprus, Poland or Romania, without a doubt, Hungary has become the poster child for an illiberal media empire. There is a consensus among international observers that since winning a constitutional majority in the Hungarian parliament in 2010, the Fideszparty has implemented numerous political and legal reforms that have led to a transformation of the media landscape. Congruent with Hungary ́s publicly acknowledged illiberal turn to favour a ‘Christian democracy’, the strong presence of a pro-governmental media fortress which also seeks to intimidate and obstruct critical, independent outlets, which increasingly undermines political independence and market plurality.

It would be a mistake to assume that the media landscape transformation was an overnight phenomenon. Since 2010, the newly created media regulatory body, which consists of Fideszappointees and a weak competition authority, have authorised a series of market-distorting mergers and the painfully evident practice of cronyism. This development has ultimately led to pro-government media portfolios consisting of intricate, multi-layered ownership structures masked by proxies and strawmen.

Taking the example of regional newspapers, by 2017, Fidesz-affiliated oligarchs, including Austrian investor Heinrich Pecina, Hungarian Prime Minister Viktor Orbán’s childhood friend Lörincz Mészáros, and late film producer Andy Vajna, had all acquired a total of 18 titles. Independent press titles and audio-visual and broadcasting services have become virtually non-existent in the countryside. Hence, most rural-based voters are fed content that uncritically echoes and reproduces government views. It is not as if there were no quality coverage on specific topics like culture or history. However, when public and (increasingly) private news coverage providers disseminate a one-sided, anti-liberal narrative, the news sector is robbed of its watchdog function and instead morphs into a propaganda machine. Case in point, since the refugee crisis in 2015, the dominant narrative in the pro-government media has been that the liberal West pursues a policy that includes accepting ‘millions of Muslim invaders’ who are determined to ‘conquer the continent in the name of their religion’.

The latest blow to media pluralism occurred with the creation of the Central European Press and Media Foundation (KESMA), created in 2018. 467 pro- government online and print newspapers, radio stations, television channels, and advertising companies transferred their ownership rights to KESMA, which are now legally classified as a foundation. Calling the formation of this conglomerate of ‘national strategic importance’ to ‘to build values and strengthen Hungarian national consciousness, the government exempted the merger from further legal scrutiny. Yet this move is nothing short of an unequivocal consolidation of government control over the media landscape. With other blatantly pro-government media outside the KESMA and the public service media, 77.8% of the entire news and public affairs segment are now part of the pro-Fidesz portfolio. Generously awarded with state advertisement concessions, 75% of the total state advertisement expenditure in 2019 went to public and private pro-government media, causing a significant media market distortion.

To be clear, independent media titles representing all political spectra, free from political influence and financially independent, still exist. That said, most of these outlets do not see government opposition as their primary mission. Government-critical outlets, contrarily, are increasingly subject to financial and political pressure and intimidation.

In 2015, the son of a Fidesz member acquired the independent news outlet Origó, which has dutifully aligned itself with a government-friendly narrative ever since. Today, it is notorious for spreading the conspiracy theory that the Hungarian-American financier George Soros is trying to ‘destabilise Hungary and replace Hungarians with migrants.’ In 2018 alone, Hungarian courts ordered Origó to undertake corrections in 34 different cases.

The independent online news portal Index.hu suffered a similar fate. In July 2020, the news portal sold half its shares to Orbán ally Miklos Vaszily, which resulted in the sacking of Index editor Szabolcs Dull and the resignation of over 70 journalists in protest. Only time can tell whether Origó ́s fate serves as a foretaste of what is to happen to Index.

As things stand, Népszava is the only independent left- leaning national daily left, with a circulation of 20,000 copies daily. Mostly confined to an online format, 24.hu, 444.hu, Magyar Narancs, Direkt36 or Atlátszo.hu are examples of government-critical outlets that mainly live on corporate advertising and private donations. However, despite increased readership numbers, plummeting advertisement revenues force these outlets’ operations onto a shoestring budget. Moreover, these are the outlets that experience media obstruction first-hand.

Be it ignoring information requests from public authorities or public organizations, physical restrictions to parliamentary sessions, or outright smear campaigns in pro-government media, the list of obstructive incidents is extensive. The most recent ‘fake news’ law passed on 30 March 2020 by the government perpetuates this trend, which has served as a pretext to ignore information requests from local hospitals, schools, and municipalities about handling the pandemic.

A silver lining is that the pro-government media’s propagandistic turn is a strong incentive to support and crowdfund the independent media sphere. The European Commission, too, is well aware of the problem at hand and is dedicating EUR 17 million towards 16 ongoing or foreseen projects to promote media pluralism and media freedom. However, considering the queue of eligible beneficiaries waiting in line, this may very well be a drop in the ocean. Besides, financial support will neither reduce political pressure nor widen the framework for high-quality and transparent reporting. The crux of the matter is that member states are primarily responsible for protecting media freedom and pluralism. When this sense of responsibility goes awry, there is good reason to worry.

Polexit will not happen, but Poland will continue to challenge the EU