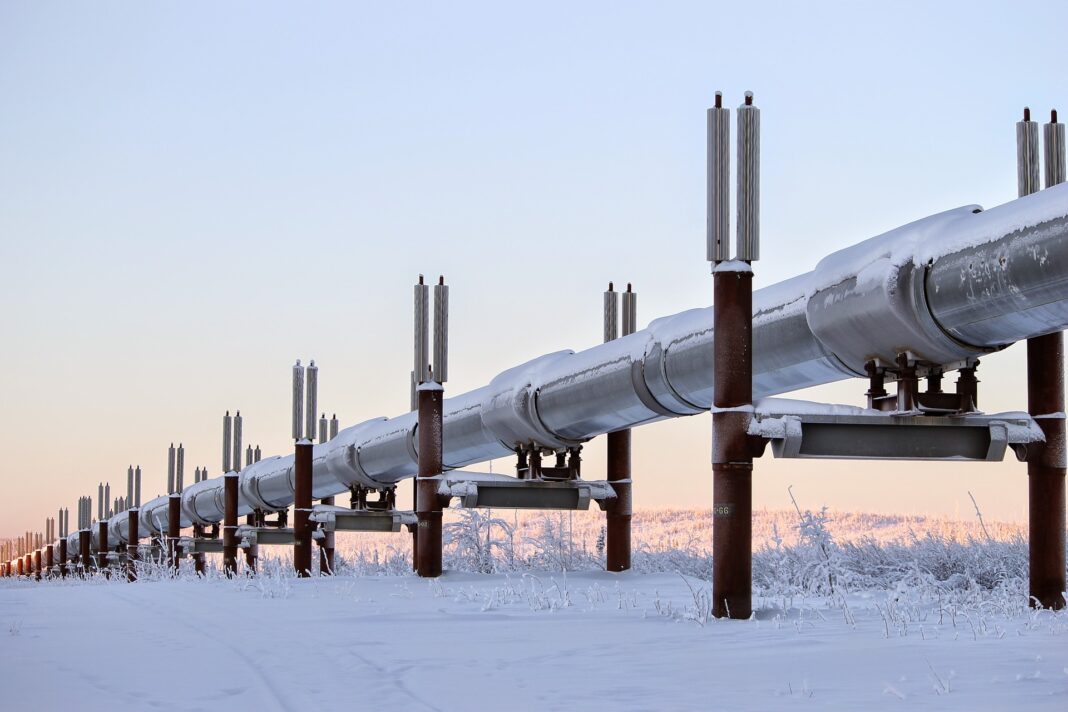 “These days, energy policy is always geopolitical,” asserted German Vice-Chancellor and Economic Affairs and Climate Action Minister Robert Habeck of the Green Party. He was referring specifically to the Nordstream 2 pipeline. Fast forward two weeks, an aggressive military invasion of Ukraine, causing one of the worst security crises for the international post- Cold War order in the heart of Europe, was the final nail in the project’s coffin. Markedly, the crisis brought about a reversal of Germany’s prior benevolence and pragmatism towards Russia.

The pipeline’s certification is now unfeasible following the sending of Russian troops to Luhansk and Donetsk, a move that the German Chancellor Olaf Scholz labelled “a breach of international law.” Germany pulled back from the ongoing report on the security of the supply, an obligatory administrative procedure ran by the German Economic Affairs Ministry that a project must undergo before setting off the official certification process. Additionally, the pipeline requires certification not only from German authorities, but also from the EU Commission. To be clear, a certification suspension does not equate to the pipeline’s complete shutdown, at least for the time being. The German government reiterated that in the event of a peaceful and diplomatic solution to the crisis, Germany would be willing to restart the security assessment process. Most importantly, Mr. Scholz’s move could be viewed as a usable bargaining chip for the possible reconciliation between the West and Russia, should it ever come to that point. Shortly after the German announcement, Dmitry Medvedev, former Russian president and currently the Deputy Chairman to the Russian Federation’s Security Council, cynically remarked “Welcome to the brave new world where Europeans are very soon going to pay 2,000 euros for 1,000 cubic meters of natural gas!”

At the project’s inception back in 2015, Angela Merkel, the German chancellor at that time, defended the pipeline as being solely a “commercial project,” on top of which, the Kremlin praised the German side for its “steadfast loyalty.” Recognized by the expert community, the abrupt yet necessary U-turn in Germany’s energy, security, and foreign policy, constitutes a historic transformation that pulls both Germany and, by extension the EU, away from its dependence on the import of vital commodities from Russia. Had this not been a geopolitical matter, Germany would have no reason to halt the project at all. Scholz finally recognized that besides geopolitical and political grounds to shut down the pipeline, there are also moral ones – sadly, blood had to be spilled before the German State had that realization.

The EU consumes around 500 billion cubic metres of gas annually, of which 40% are being imported from Russia. Germany is also the biggest energy consumer within the EU bloc and this dependency on Russia has only grown in the last couple of years. Germany’s energy demand skyrocketed after 2010, due in large part to the highly demanding industrial sector. Germany’s decision to shut down its remaining nuclear reactors further solidifies its need for Russian gas. The German government coalition, noticeably influenced by the Green party, intends to phase out coal-fired power generation by 2038 – though even this is being reappraised intensively in the Bundestag today. A transition towards renewable energy sources will shape European politics in the coming years, however, as of today, Russian gas remains prominent in Germany’s energy portfolio, accounting for almost half of the total reserves. That means the country has a sizeable electricity gap to fill, and natural gas, which emits fewer greenhouse gases than coal, is the most suitable alternative at the moment.

The EU’s handling of the ongoing energy crisis will indeed be a trial by fire, testing its ability to out- manoeuvre Putin’s resolve to inflict his influence east of Berlin in light of surging energy prices and unlawful military aggression in Ukraine. Just as Europe needs Russian gas, Gazprom needs access to the European market. Russia’s economy is the opposite of diverse and is predominantly dependent on its fossil fuel exports in Eurasia. Also, Europe is its biggest export market, so abandoning the European market would put Russia into a vulnerable position. The combined Russian gas and oil revenues in 2021 climbed to $119 billion, according to the Russian Finance Ministry. Because of this fairly balanced interdependence, it is rather unlikely that Russia will arbitrarily cut off supplies to Europe, despite Russian Deputy Prime Minister Alexander Novak’s remarks from March 7: “If you want to cut off supplies of energy resources from Russia, go ahead, we are ready for that, we know where we will re-route these volumes.” The EU faces a precarious conundrum wherein its energy consumption has essentially financed Russia‘s war against Ukraine by purchasing large volumes of oil and gas allowing Vladimir Putin to carry on with the invasion despite the heavy sanctions imposed. Even to a layman, this is a flagrant contradiction. Officials in Brussels understood, at last, that sanctioning and funding at once is incompatible. Additionally, to compound matters, EU countries are delivering money and weaponry to Ukraine, which could force Putin to turn off the tap. The Polish Prime minister Morawiecki accurately described the issue before the European Parliament in early March as “President Putin is taking the money from us, and he is turning this into aggression, invasion.” That dependency has emboldened Putin, while inhibiting a timely and coherent response from the EU which is burdened by Germany’s reluctance to lead this effort.

During an informal summit in Versailles on March 11 the EU boldly decided to phase out Russian gas imports by 2027. Charles Michel, EU Council President, described the EU’s dependency on Russian energy as “too great.” How would EU leadership plan to achieve strategic autonomy? The process would theoretically involve five basic steps. Principally, if Germany and the rest of the EU seek to provide for reliable and clean energy supplies in times of crises, they must not, under any circumstances, relinquish nuclear power for the foreseeable future. Subsequently, the EU must significantly diversify its energy supplies to absorb initial shocks by searching for substitute suppliers, from Norway, Algeria, or liquified gas (LNG) from the U.S, for instance. Furthermore, those imports would have to be carried out in tandem with scaling up renewable energy sources – like solar-, wind, and hydropower. Thereafter, the EU should be ready to make use of the so-called “reverse flow” should Russia threaten to cut off the EU countries from its precious energy resources. Slovakia made use of reverse gas flow when Russia annexed Crimea in 2014 by sending a portion of its gas reserves directly to Ukraine to help offset the gaps resulting from the crisis in Ukraine. Finally, the EU must widen its storage capacity and reduce consumption via energy efficiency enhancement to provide for sufficient energy supplies in times of crises like these, thereby further depriving Russia of its geopolitical leverage. In addition, Frans Timmermans, the EU climate policy chief, laid out a proposal to replace two thirds of Russian gas imports by the end of this year.

Because Nordstream 2 has not yet started operating, suspending the pipeline’s commission will have no effect on the current supply capacity. Yet a worsening and protracted confrontation between Russia and Ukraine might have a deteriorating impact on supplies. Even during the height of the Cold War, Russian exports to Western Europe remained consistent. Still, things could be different this time if Russia is willing to forego a significant source of revenue in order to fulfil its geopolitical objectives. For that reason, Nordstream 2, if ever approved, will face a highly unpredictable geopolitical landscape. It is essential to understand this context in order to comprehend the complex political and geopolitical dynamics that may shape regulatory choices by EU authorities. The focus should, therefore, be on a highly coordinated strategy concerning Russia that represents the interests of the EU as a whole. Foremost, EU’s approval on Nordstream 2, if ever, is expected to be on the condition that Russia agrees to peace terms favourable to Ukraine’s restoration of sovereignty and territorial integrity. Peace, in this case, should form the baseline for any future joint deliberation. In addition to the EU, the U.S. administration decided to do away with Russian gas and oil supplies; though mostly a symbolic move, as U.S. imports account for merely 1% of total Russian energy exports, it portrays the resolve from the Western alliance to challenge Putin’s regime in any way possible. All these abrupt and massive turnovers lead to one conclusion: energy policy is indeed “always geopolitical.”

The Farm to Fork Strategy: A Green Transition for the EU...