Home European Affairs Polexit will not happen, but Poland will continue to challenge the EU 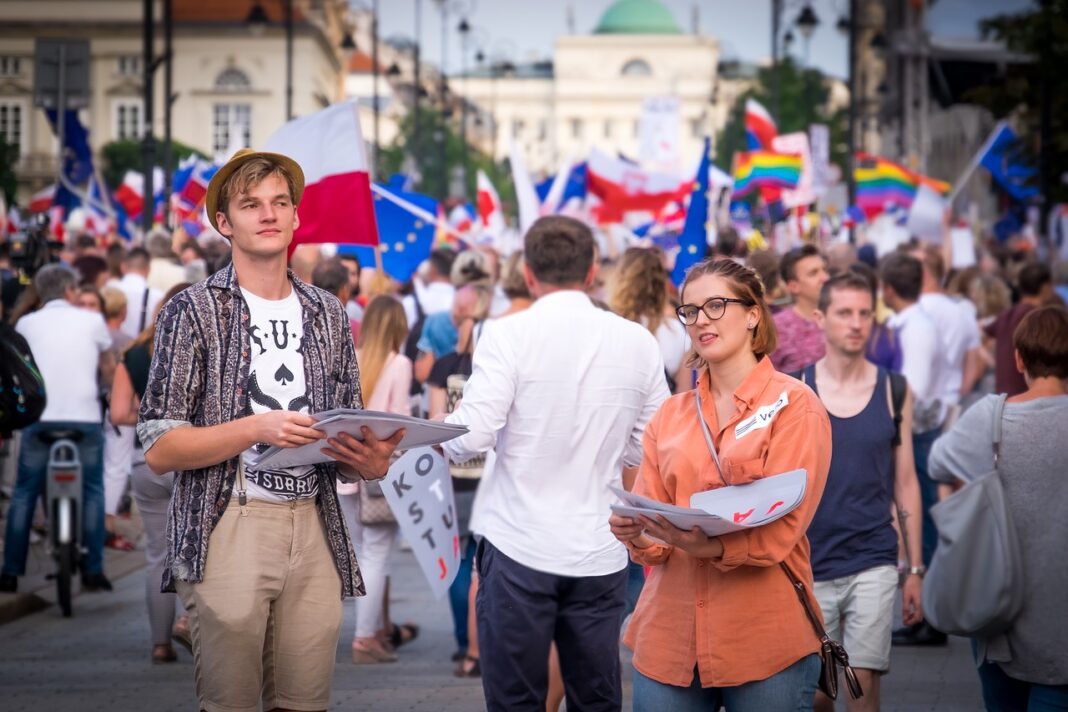 When in 966, Mieszko, a local duke from the Western Slavic tribe of Poland, adopted Christianity by employing the Western Latin rite, he not only saved Poland from sharing the faith of other Slavic tribes, that were absorbed by Christian realms, but he also propelled it into Western Latin civilisation. This decision marks the birth of Poland as an equal and respectable part of Western civilisation with its adoption of Roman law, the Latin alphabet and political organisation.

Since then, the Polish state has actively participated in the construction of Christian Europe and forged its path towards freedom, tolerance and democracy. Divisions, wars, and occupations did not weaken its European identity nor undermine its entitlement to be a sovereign European state. However, Poland, like other countries of the former Communist Bloc, is paying for long decades of authoritarianism. The renewed sovereign vocation of Warsaw can also be explained by looking at the geopolitical insecurity, the declining appeal of the Western model and the insecurity unleashed by COVID-19. The controversial relationship between Poland and the EU stems from the Polish dictate of remaining independent from Russia and Germany. While being incorporated by Germany is not a concern anymore, “Russophobia” is still a central aspect of the Polish security debate. Surely, Poland wants to reaffirm its sovereignty in the EU by championing a non-progressive continental integration, but it wants to do so while remaining an integral part of the Union. Having said that, one can easily see how the current friction with the European Union will not produce any substantial change in the long-standing Polish policy as it originates from historical security concerns rather than anti-European sentiments.

On October 7th 2021, Poland’s Constitutional Tribunal declared Articles 1, 2 and 19(1) of the Treaty of the European Union to be partially unconstitutional and, by doing so, once again tested the political and legal integrity of the EU. The court ruled that the Polish Constitution supersedes EU law. For the European Court of Justice, the so-called “principle of primacy of the EU law” is an essential instrument to ensure a uniform application of the EU treaty law across member states. For the Polish Constitutional Court, however, these Articles foresee a new stage of integration which expects Poland to confer more competencies to the EU than before and therefore undermine Polish autonomy and status as a sovereign state. The Polish ruling has been widely criticised and interpreted as a clear sign for a possible “Polexit.” However, Polexit is not the solution Poland is looking for and it is unlikely to happen. Poland is a European country and wants to reaffirm its membership in the club against its past, in an anti-Russia spirit, not in an anti-European one.

No natural barrier separates Poland from Russia, only the Baltic countries and Belarus, former Soviet Republics, stand between it and the Russian giant. This is a major concern for a country that disappeared from the map of Europe for 123 years following the 1795 “Third Partition” by the Russian, Prussian, and Austro-Hungarian Empires. After World War II, despite its military efforts, Poland became the only Allied country to be sealed off behind the Iron Curtain. The Potsdam Conference of 1945 shifted the country’s borders around 200 kilometers westwards, incorporating the areas of Western Pomerania and Lower Silesia, some of which had never been part of Poland, or had not been part of Poland since the Middle Ages. With the Potsdam Conference, Poland also lost its Eastern territories, including the cities of Lviv and Vilnius, amounting to 20 percent of the pre-war state territory. The redrawing of its borders and the genocide inflicted on its population transformed Poland into a country that in 1945, for the first time in its history, was a monolithic entity under a Soviet-imposed communist regime. The “Russophobia” of the Polish population still today complicates the EU-Poland relationship, with the necessity for Poland to actively participate in the US’s strategic deterrence of Russia, and thus pressing for the preservation of its independence.

The conservative ”Law and Justice Party’’ (PiS), embodies the concern of the Polish population that a complete integration within the EU would be detrimental to Poland’s ancestral strategic needs. Poland is one of the biggest beneficiaries of Pax Americana, the relative peace that the Western hemisphere has experienced since the end of World War II, which helped Poland to finally regain its independence from Germany and Russia. The peaceful transition of 1989-91 did not, however, automatically allow Poland and its neighbors to become part of the West. The adoption of Western values was essential to prove their commitment. Over the course of 15 years, Poland had to make its market economies competitive with those of its educated and democratic neighbors. This was an incredibly short timeframe for such a profound transition. Regional leaders agreed that sharing the security structures of the West would make their countries belong to the Western space, regardless of political circumstances. In this regard, the enlargement of NATO (1999) and the EU (2004) provided the institutional basis for making the East-West division obsolete. Poland’s newly acquired sovereignty is therefore non-negotiable. From this originates the ongoing and continuous clash between Polish governments and EU institutions.

Poland needs the EU. First, it needs the funds secured by EU cohesion to complete the restructuring of its economy, which has been successful so far. Second, membership of the EU is an essential tool for the redefinition of national identity in contemporary Poland. Nevertheless, Poland cannot forgive the EU of its neglect of the Polish imperative to remain sovereign and vigilant on its eastern borders. From the Polish point of view, the rest of Europe has annihilated itself by focusing on matters such as environmentalism and quality of life that Poland considers to be trivial compared with security. In effect, what Poland needs and wants is to continue to be part of history and this means being part of Europe and the EU, and at the same time reserve for itself an exclusive room for manoeuvre that allows it to deal with “Russophobia” and the consequent insecurity. This delicate balance results from a clash of Poland’s Realpolitik with the functioning of the system in Brussels.

As a matter of fact, Polish accession to the EU did not originate from a will to participate in a pro-European project but rather by the need to rejoin European history. Indeed, the memorable events of 1989-91 sanctioned the triumph of liberal democracy made in the USA, and the European Community was to be its flagship product. The new European political, economic, and social model was a captivating representation of the West’s march towards freedom, and after the failure of Soviet totalitarianism, presented itself as the superior model of human development. Poland and Central Europe witnessed this radical change without participating in it as they found themselves on the wrong side of the Iron Curtain in the aftermath of the Second World War.

Poland will not give up its EU and NATO membership so easily. It is the sentinel at the European eastern border, under American auspices, and the standard- bearer of Catholicism in Europe. It waited so long for these awards that it will not throw them away for mere normative reasons. Moreover, the propaganda of the PiS is hostile to the European institutions exactly because it feels Poland to be the baluster of the ancestral Occident and its Western self-certification to be the source of every meaningful action. Poland wants to remain a historical European entity and to also benefit from this in economic terms. It will fight tooth and nail for its sovereignty against the looming danger of absorption by Russia and the danger of vanishing from history once again. Its conflicting interests are geopolitical, not normative. Balancing them will be a matter of time and strategy, but certainly an exercise that Poland will carry out within the EU and through its agency.