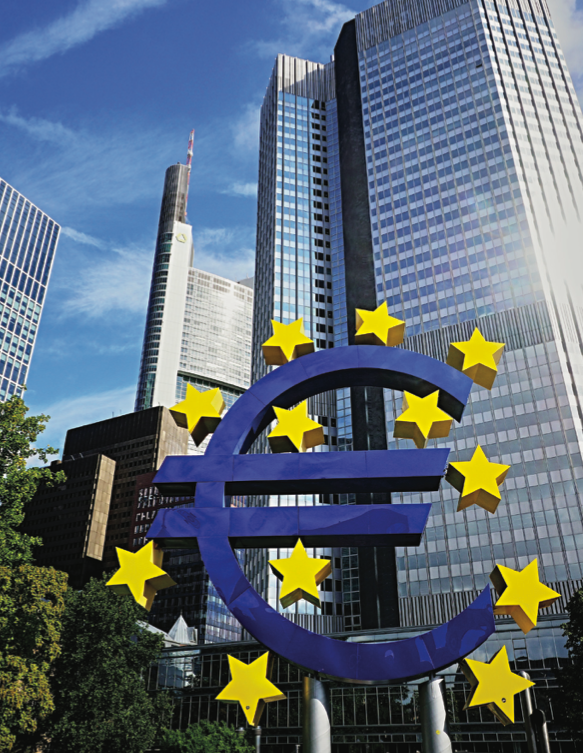 As of November 1, 2019, the former head of the IMF, Christine Lagarde, has replaced Mario Draghi as the President of the European Central Bank. After a mandate of 8 years marked by unprecedented monetary policy decisions that saved the 19-eurozone countries and split the Governing Council, Draghi leaves with warnings for the future. His successor-the first female president of the ECB-takes on the challenge of uniting the ECB and avoiding another lost decade of inclusive growth which will not only reflect hers but also her predecessor’s legacies.

“Super Mario”, as fans call the former ECB President, ended his eight-year tenure as a polarizing figure leaving a rather mixed reputation behind, with most remembering him as the one willing to do “whatever it takes” to save the euro. Mario Draghi took office as president of the ECB in the midst of the eurozone’s financial crisis – one so intense that it led many to believe in the possibility of the dissipation of the euro. His key role during the crisis earned him the legacy of having made some of the most innovative policy choices that central banks have undertaken in the aftermath of the international crisis. Possibly the single most significant moment of his tenure was the speech he addressed to the financial world, where he stated “Within our mandate, the ECB is ready to do whatever it takes to preserve the euro. And believe me, it will be enough.”

His unconventional monetary policies, including driving interest rates deep into negative territory and pumping money into the economy through a quantitative easing program, were able to effectively contain the sovereign debt crisis in Greece, Portugal, Spain and Italy that was threatening both the monetary union and the single currency. Right before leaving, Draghi also defended a launch for more stimulus measures in the eurozone, cutting key interest rates even deeper into the negative zone and making way for more rounds of cheap credit to banks. Never before in the history of the Central European Bank had markets been flooded with such huge quantities of ultracheap money.

Despite it saving the euro from collapse, the Italian economist’s monetary policy hasn’t proven itself yet. The former ECB President, his successor Christine Lagarde, and many others have stressed the importance of fiscal policy and a necessity for governments-especially those of countries that have room to spend more-to play a bigger part when it comes to providing the eurozone economy with some stimulus. These decisions to further cut interest rates also culminated in an open backlash from some member states, including Germany and the Netherlands, who believe they were unnecessary and reckless. The German newspaper “Bild,” referred to Draghi as “Count Draghila” and accused him of “Sucking empty the accounts of German savers.”

This legacy of a loose monetary policy has not only been a thorn to public opinion but also created divisions among the bank’s policymakers and created tensions that escalated in the final months of Draghi’s tenure. An outspoken faction of the Governing Council contested that low and negative interest rates have encouraged irresponsible borrowing. Even before being sworn in as Draghi’s successor, Christine Lagarde was already confronted by these revolting members who believe the former president’s policies have created asset bubbles and have set the stage for another financial crisis.

Unity is crucial to the central bank’s credibility and consequently its ability to influence financial markets. It was this core strength that guaranteed that the unusual policy measures introduced during Draghi’s mandate prevented a breakdown of the eurozone. Experts say Lagarde’s most pressing task will be bridging this divide among ECB council members which in turn means that there will not be any imminent changes to the type of monetary policy that the eurozone has been experiencing. However, not an economist herself, Lagarde will have to rely on the technical expertise of other Council members in order to avoid a second decade of low inclusive eurozone growth. Much like her predecessor emphasized, Lagarde’s first speech shows her intentions to call on governments to help boost the eurozone economy by increasing spending on vital projects: “There isn’t enough solidarity in the single currency area, (…) we share a currency, but we don’t share much budgetary policy for now,” said the former head of the IMF.

Lagarde is the first female President of the European Central Bank. Even after Schnabel’s appointment to replace Sabine Lautenschläger on the board and the arrival of Lagarde, there is a strikingly evident gender imbalance, with only two women on a 25-person Governing Council. Since 2011, Christine Lagarde had been managing emergencies as head of the IMF and was praised for guiding the institution through the consequences of the financial crisis. Unlike Draghi, who has a doctorate in economics from MIT, the current ECB president stands out due to the diplomatic leadership and negotiating skills she proved during the Greek financial crisis when the European Troika intervened with a bailout deal to avoid a breakup of the eurozone.

With an inheritance of persistently low interest rates, sluggish growth and a divided council, her diplomatic skills will be tested while overseeing the world’s second largest currency. The scenario is clear: the European economy is losing momentum. Draghi has warned that slowing global growth-estimated by the IMF to fall this year to its slowest pace (around 1 percent) since the 2008 financial crisis-caused by the trade war between the United States and China alongside the uncertainty over Brexit, poses a risk to growth in the eurozone. Despite having built close relationships with many powerful European leaders, it is too soon to tell if this support is strong enough to achieve higher spending by governments, especially Germany, which Lagarde is calling for. Investors wait to see which parts of Draghi’s legacy Christine Lagarde will take with her on this new mandate and as to whether her political skills will serve to help the Eurozone out of its current malaise.