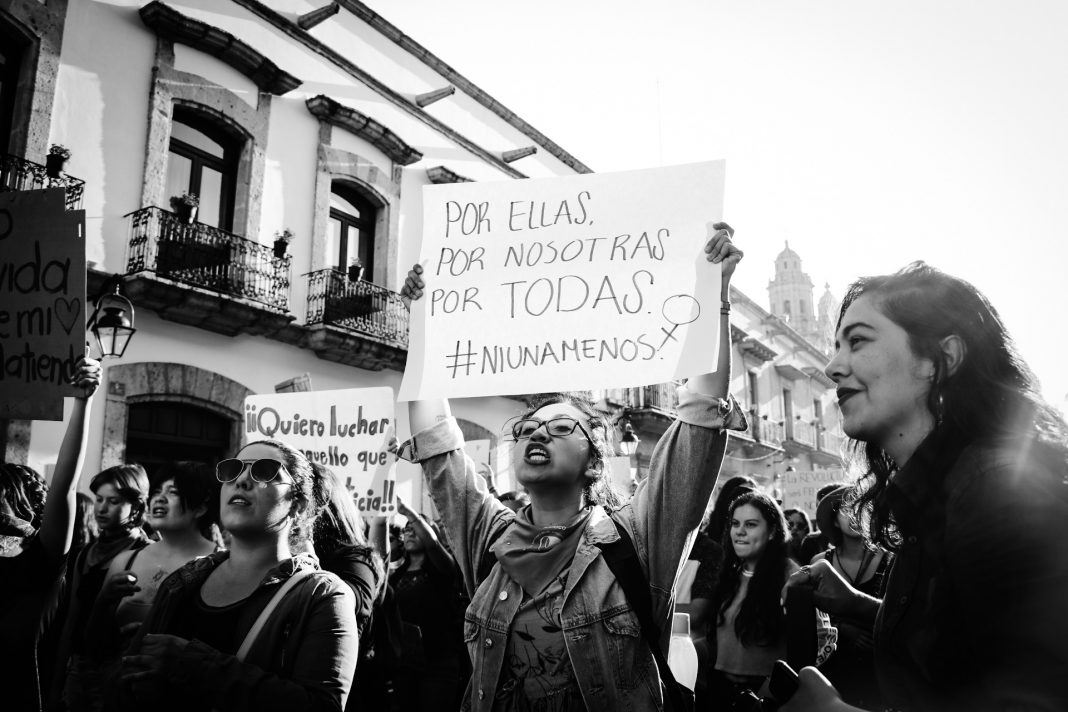 Initiatives like the Declaration on the Elimination of Violence Against Women in 1993, the Convention of Belém do Pará in 1994, and the Beijing Platform for Action in 1995, signaled the movement towards recognizing women’s rights and advancing their collective achievement. Commemorating 25 years since the Beijing Declaration and Platform for Action, and 10 years since the formation of UN Women, this International Women’s Day on March 8 demonstrated more anger than in previous years. Once again, women all over the world marched for their rights, calling on authorities to promote gender equality and act against gender-based violence. Though this time, the sense of urgency was more pronounced.

Although significant progress has been made, in some countries like Mexico, gender-based violence and femicides remain a serious problem. Mexico’s Attorney-General, Alejandro Gertz, stated that femicides have increased by 137% in the last five years. UN Women Mexico reported that the country suffers from one of the highest rates in incidences of femicide in the world—in 2019 alone 3,825 women were murdered. Furthermore, 52% of Mexican women are victims of domestic violence at some point in their lives, and more than 90% of cases remain in impunity.

The statistics indicate an entrenchment of violent crimes against women in Mexico. In February, photographs of 25-year-old Ingrid Escamilla’s dead body, murdered and mutilated by her partner, were published in newspapers and on social media, leading to extensive public outrage. Days later, seven-year-old Fátima Cecilia was kidnapped from school and then murdered. Her body was found in a plastic bag, exhibiting marks of torture, and sexual abuse. These two cases were the final straw for an already angry Mexico, catalyzing social action.

“We are not hysterical, we are historical”

On March 8, several feminist groups, relatives of murdered women seeking justice, and other representatives of civil society marched to protest the rise in violent crimes against women. The slogans, “not all men harass, but all women are harassed,” “if you could see through our eyes, you would also be screaming,” and “we are not hysterical, we are historical” addressed the heart of the issue. The demonstrations brimmed with emotion with testimonials from women who suffered from abuse. Controversially, some protestors vandalized buildings and monuments, under the watchword “if I don’t come back, destroy everything”—highlighting their conviction that justice must be achieved by whatever means necessary, as no building or monument outweighs human life. This vandalization divided public opinion, since some supported the justification, and others disapproved of combating violence with violence.

“If we stop, the world stops”

Following these protests, a national strike was held on March 9 to emphasize the societal impact of women. Under the slogan “a day without us,” women were encouraged to stay home, call into work, skip school, abstain from social networks, and avoid financial transactions. With a participation of 70% and an economic impact of 30,000 million pesos, this initiative proved impactful, unsurprising considering that 40% of Mexico’s workforce is female.  According to BBVA Research, the subsectors of education, health, and assistance services were most affected, since about 65% of the workers are women.

Through absence, protestors underlined the important roles women fulfill in society whether personal or economic, bearing the message “if we stop, the world stops.” The strike provided time for women to stay home and reflect on other ways to eradicate violence and educate their families about gender equality. As the fear of repercussions normally discourages participation, universities and workplaces’ decision to refrain from sanctioning participants was essential to the strike’s success.

As for the protests on the previous day, immediate backlash resulted from the strike. Mexican President, Andrés Manuel López Obrador, broadly supported women’s right to call for justice but alluded to some “conservatives disguised as feminists” who oppose the government. Meanwhile, First Lady Beatriz Gutiérrez Müller retracted her initial support for the strike and a few hours later called for women to go to work and school to support the economy and the president.

Arussi Unda, the spokeswoman of “Brujas del Mar,” the feminist group which organized the strike, stated that feminism is political but does not have a party, meaning that achieving gender equality is not exclusively a matter of one party or the current administration. While some political figures independently supported the strike, Unda’s non-partisan perspective was exemplified by their exclusion from carrying out any organizational or leadership roles.

Supporters of the events on both March 8 and 9 also called for unity between all men and women, referring specifically to the need to end the culture of machismo—masculine pride—which manifests itself through an attitude of contempt and discrimination towards women or even traces of femininity in men. According to the Organization for Economic Co-operation and Development (OECD) Chief of Staff Gabriela Ramos, this social problem is more persistent in Mexico than perhaps any other OECD country and has contributed to the normalization of violence against women.

“An awakening, not an ending“

This event was unique and historic—one day Mexico saw its women protesting on the streets for all to see, and the next, they were gone. Nevertheless, this is one step towards finally achieving gender equality. The common challenge of social movements is gaining and keeping momentum. This awakening is a chance given to the Mexican civil society to become active and not to let it fade away.

The events of March 8 and 9 may signify an important turning point, where the overarching message is the urgency of a truly united effort in Mexico. Despite the substantial progress in recent years, more may be achieved through engagement within civil society—now fueled by the protest—and understanding that men and women have a shared responsibility to stop the normalization of violence against women. Throughout this journey of unity, men should also acknowledge their responsibility in perpetuating gender inequality and become active allies. As the issue persists globally, international effort seems appropriate as it could incentivize legal and social reforms domestically.

Though much work remains, the women of Mexico have shown that they will continue to stand up against injustice, demonstrate that women’s rights must transcend any ideology, and that gender equality is an issue for the public that we must keep pushing forward.