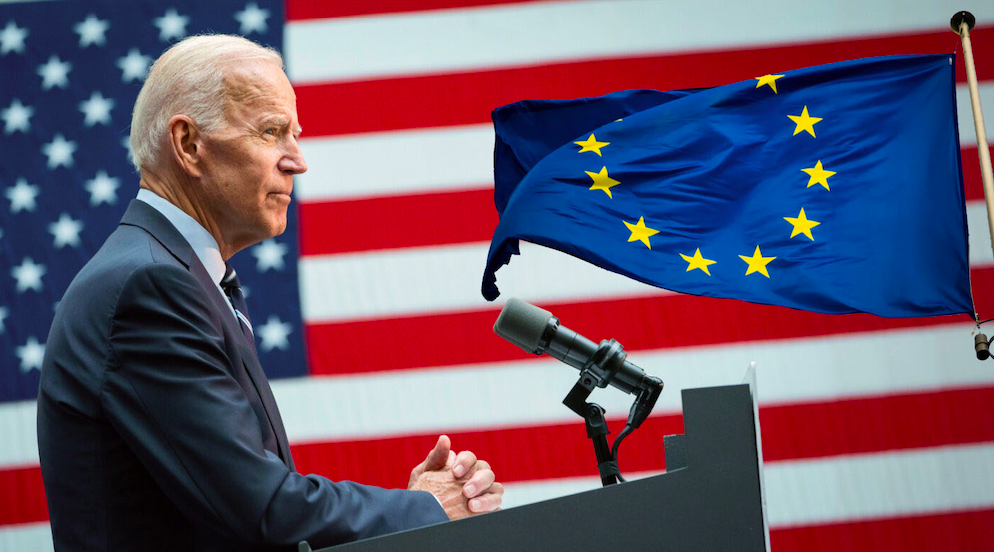 The fate of the Pacific may rest on the bonds of the Atlantic. Over the last four years, however, the transatlantic bonds between the European Union and the United States have experienced unprecedented political and economic strains. Several trade disputes have increased uncertainty, harmed commerce, and frayed trust. Additionally, the global COVID-19 pandemic continues to ravage both American and European societies with immense tragedy and social costs. In 2021, both sides are beginning to work on righting their relationship and ramping up their coordination with Japan and other democratic allies on conquering COVID and growing the global economy.

Resolving urgent challenges and re-forging closer ties, however, is insufficient. The European Union, the United States, and their allies, such as Japan, must pivot as quickly as possible to address a more systemic threat to democratic market economies: the global rise of state capitalism. In doing so, for the sake of legitimacy, they must avoid managed trade and state intervention in free markets. Unless the historical champions of rules-based trade reinvigorate and update the globe’s multilateral trading system, China and like-minded countries could irrevocably alter it. In a world where a number of governments may view state capitalism as more attractive than market-based capitalism, those who follow that path will have little incentive to protect individual freedoms in the digital sphere, address climate change, or foster fair competition. They will only look out for their own primary interest – staying in power.

Businesses and their workers on both sides of the Atlantic are suffering from lost markets and jobs, tremendous economic uncertainty caused by Trump-era tariffs and EU retaliation, as well as threats of further tariffs. The new U.S. administration under President Joe Biden presents a very near-term opportunity for the U.S. and EU to reaffirm their shared history and values, address the many problems they face—particularly from China— and plan for a more cooperative and productive future as partners on the global stage.

The early signs of rapprochement are encouraging. On 4 and 5 March, the US separately issued joint statements with the UK and EU announcing four-month suspensions of the “Boeing-Airbus” tariffs stemming from the 16-year-old Large Civil Aircraft dispute on industrial subsidies at the World Trade Organization (WTO). It seems all three governments have heard and responded rationally to the concerns of the transatlantic business community. Mutual tariff suspension allows room for negotiating a durable settlement to the dispute. It will also build momentum towards resetting both the transatlantic trade relationship and initiating a more global discussion on the role of industrial subsidies in civil aviation.

The transatlantic allies should not let that momentum go to waste. With Ambassador Katherine Tai now confirmed as U.S. Trade Representative on 17 March, they should quickly turn to resolving the U.S. national security-based steel and aluminum tariffs and EU and UK retaliation. Just as helpful would be concluding – by this summer – the ongoing negotiations on a new international taxation regime at the Organization for Economic Cooperation and Development (OECD). A consensus approach to international taxation at the OECD may resolve U.S. concerns about digital services taxes in the EU and a number of its member states, diffuse U.S. threats of additional tariffs under Section 301 of the Trade Act of 1974, and by extension avoid EU and UK retaliation. The early signs are that the U.S. and EU will try to head off further transatlantic conflict in this area. Without a doubt, policymakers in Brussels and Berlin would breathe a sigh of relief if the Biden Administration would go one step farther and publicly commit to drop the previous administration’s threat of additional national security tariffs on imports of cars and car parts. All these steps taken together would build confidence and trust, provide greater certainty to the business community, and generate further momentum as the transatlantic allies turn toward the Pacific.

Beyond these immediate issues, the EU and U.S. must find a way to work together to prevent further harmful trade conflict. The European Green Deal initiative has many prongs that could poke the United States. For example, the EU will propose this summer a possible carbon border adjustment mechanism (CBAM) for addressing imports of carbon-intensive products from countries whose climate change commitments may fall below EU standards. There is a discussion in the U.S. as well on painful domestic steps it could take to mitigate climate change, which may involve imposing a carbon border adjustment fee or applying some other mechanism. The transatlantic business community would prefer if the EU and U.S. avoid unilateral approaches, and instead work together at the WTO. Ideally, they should make a joint proposal on how a CBAM could be consistent with WTO rules. On the American side, the Biden Administration has issued an Executive Order instituting a sweeping new “Buy America” policy, which the EU is already scrutinizing for its WTO-adherence. This new policy could undermine long-standing EU efforts to obtain more access to U.S. central and state-level procurement markets.

The size of the transatlantic relationship and economy means that trade disputes and disagreements will inevitably arise – and have to be managed.  Both the U.S. and EU can and should also look outward and work together with other democratic allies, including Australia, India, and Japan, on pressing global trade challenges. They must modernize the WTO, which is no easy task and deserves its own article. Reforming the WTO dispute settlement process, including the Appellate Body, will be a key plank of EU-US cooperation. They must at the same time address China’s attempts to tilt the playing field in its favor through its state capitalism model, where Chinese agencies provide massive trade and investment-distortive subsidies to existing and emerging industries developing new technologies.

The WTO and China challenges go hand in hand and cannot be resolved if the key trade powers – the EU, Japan, and the U.S. – are not on the same page. All three allies should advance their trilateral negotiations on new WTO rules for curtailing harmful industrial subsidies and disciplining the market power of state-owned enterprises and then bring other WTO members on board. At the Washington International Trade Association (WITA) annual trade conference in February, EU Ambassador to the United States Stavros Lambrinidis pointed in this direction during his remarks when he called for the U.S. and EU to resolve the Boeing-Airbus dispute and turn quickly to addressing China’s subsidization of its civil aviation industry and other industries of the future.  European Commission Executive Vice President Valdis Dombrovskis echoed this perspective in a March 12 tweet.

Of course, no discussion of transatlantic trade relations is complete without touching on process. Both sides have used a variety of formats throughout the years to resolve issues and focus on new challenges (e.g., TTIP and the Transatlantic Economic Council). The EU is now proposing a Trade and Technology Council, which the U.S. Chamber of Commerce has asked the Biden Administration to support. Third-country cooperation (e.g., on China) must be an essential part of whatever bilateral mechanism the EU and U.S. launch. Regular high-level and working-level interactions at the WTO and OECD, even if virtual, are critical for successful cooperation and partnership, as are collaborative initiatives and discussions among industry stakeholders. The United Kingdom’s hosting of the G7 and Italy’s hosting of the G20 enhances the relevance of these fora this year for transatlantic relations.

In 2021, trade and investment remain the lynchpin of the EU, Japan, and U.S. relationships. Hard work and constant contact among governments, industries, academia, and civil society is necessary to build back better together and ensure that democracy flourishes in the 21st Century. These historic allies must collaborate with other open, democratic states, for example by knitting all their diverse trade agreements together to the highest possible standards.  Such collaboration can create a more prosperous and resilient global economy that is fit for the post-pandemic world.  Overcoming and preventing trade barriers will pave the way for joint leadership of a world in desperate need of comity, certainty, good health, and growth.  Only then, will autocratic regimes bent on spreading state capitalism understand that dividing and conquering the democratic world is off the table.