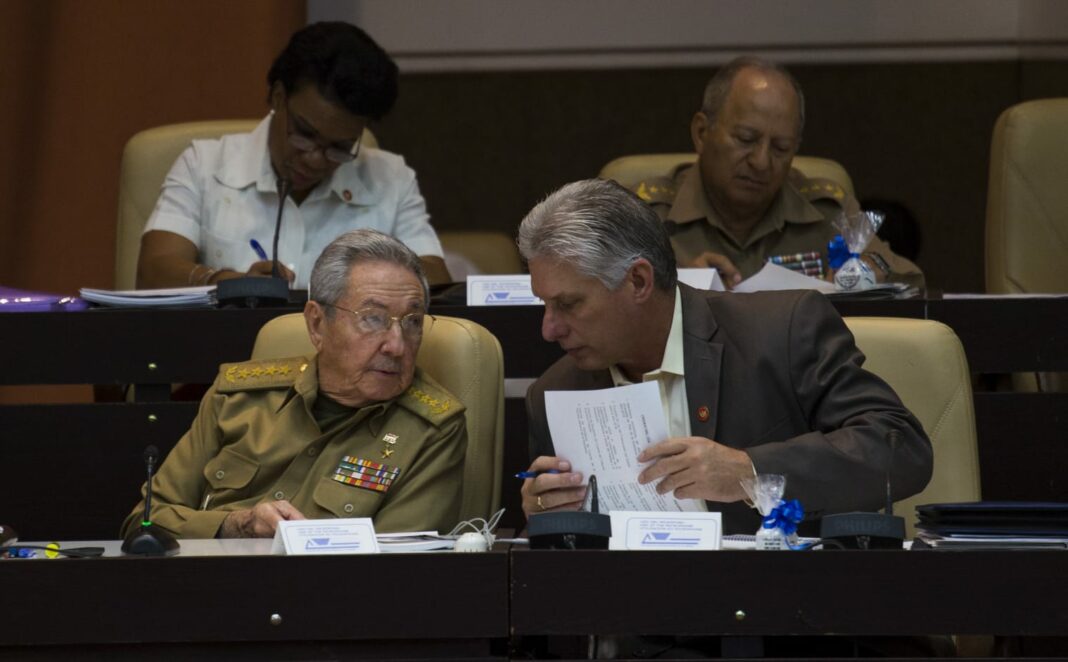 For the first time in over 60 years, Cuba finds itself without a Castro at the helm. Raul Castro has officially retired from his post as First Secretary of the Communist Party of Cuba. And while some view this moment as an opportunity to reform the island’s outdated economic and political system; in reality, Cuba’s future is ambiguous at best. Raul Castro may be entering his golden years, but will Cuba and its people experience the same?

In the first half of 2021, Cuba finds itself in dire economic straits as the global COVID-19 pandemic rages on. The World Health Organization statistics reported more COVID-19 cases in Cuba this year than in all of 2020. This is a huge setback for the cash-strapped country that relies heavily on tourism to bolster its foreign currency reserves. To say that Cuba is feeling the pinch of the global economic downturn would be an understatement.

Cuba’s Minister of Economy, Alejandro Gil attributed the Cuban economy’s 11% contraction in 2020 to the pandemic and US sanctions imposed by the Trump Administration. Further contributing to the hardship, Cuba’s exports are at their lowest in 15 years; they have been steadily falling since 2014. This coincides with Venezuela’s economic decline—its former primary trade partner—due to economic mismanagement and a drop in global oil prices. The Cuban government last published statistics on its foreign debt obligations in 2017, when the total amount stood at $17.8 billion. The actual number has risen since then. Yet Cuba’s dilemma remains the same—repaying foreign creditors.

Following the rapprochement between the United States and Cuba in early 2016, former President Raul Castro underscored his country’s commitment to honor their foreign debt obligations. Venezuela’s economic struggles and its inability to subsidize the Cuban economy partly inspired Havana’s decision to repair its diplomatic relations with the United States. That is, securing access to new creditors and international markets to assist its rebound motivated Cuba. This upbeat outlook, however, quickly waned. Soon after the thaw in relations between the US and Cuba came the election of Donald Trump. While the Obama administration attempted to thaw US-Cuban relations, the Trump administration put it back in the freezer. Washington imposed business and travel restrictions on the island, reduced US embassy staff, and redesignated Cuba as a state sponsor of terror. Along with strained relations with the US and the effects of the COVID-19 pandemic, the loss of material support from Venezuela also contributed to the country’s cash crisis. A chief impediment for Cuba is its inability to service its debt repayments to foreign creditors. Cuba is running out of cash and struggling to find funds to import food and medicines, which has led to shortages across the country. Some of Cuba’s creditors have provided a reprieve in repayments due to the COVID-19 pandemic, notably the Paris Club. But there has been no development on when payments will resume.

Under this crippling economic reality, Miguel Diaz-Canel has his work cut out for him. As the handpicked successor of Raul Castro, Diaz-Canel is Cuba’s first leader born after the 1959 revolution. Though he is essentially a product of the revolution, unlike his predecessor, he does not come from the military brass or the old guard that founded the regime. He does, however, subscribe to the Marxist-Leninist tradition of his forbearers. Diaz-Canel began his political career in the early 90s and rose through the ranks as a party loyalist. Critical to his rise has been his proven ability to play by the rules of the system without undermining it. He has been described as an efficient, pragmatic leader with a quiet disposition. His relatability and relatively younger age compared to his predecessor have also played a role in his selection.

Yet, it seems Diaz-Canel will govern Cuba under the shadow of Castro. During his first speech as the newly elected head of the Communist Party, he stated that “Comrade Raul…will be consulted on the most important strategic decisions of greatest weight for the destiny of our nation. He will always be present…and continue to dispense guidance and alerts in the face of any error or deficiency.” So, it seems that Castro and the socialist system he has developed in Cuba aren’t going anywhere.

There are hopeful signs for reform. Diaz-Canel was instrumental in implementing reforms that opened Cuba to foreign investment. He was also part of the effort to improve relations with Cuba’s religious communities, the expansion of access to the internet, and the right to travel. In 2019, during Diaz-Canel’s tenure as President, the National Assembly of People’s Power approved a new constitution that, among other things, recognized private property and foreign investment. Perhaps the most remarkable example of reform overseen by Diaz-Canel came in January 2021—the infamous two-tier currency system’s abolition, which has been heralded as an important step towards modernizing Cuba’s economy. Following this currency reform, in February 2021, the expansion of the private sector was increased from 127 permitted activities to 2,000. Though 124 activities would remain with the state, it was not specified which activities. These reforms highlight the overall pattern of Cuba opening its economy. But while Diaz-Canel’s leadership and reforms are historic, he’s following the same script. Change will occur slowly and steadily. Rather than a rupture, continuity best describes this succession. Diaz-Canel will have to balance the interests of the party against the demands of a civil society that expects an acceleration in reforms to raise the living standards. Where does this leave Cuba going forward?

Cuban leaders have placed high hopes on two locally produced COVID-19 vaccines. If these vaccines prove successful, Cuba could vaccinate its population and jumpstart its tourism industry again, attracting much-needed hard currency. Exporting these vaccines abroad could also generate more revenue for government coffers. Diplomatically, Cuba has focused its efforts on diversifying its economic relationships beyond its neighboring countries. Cuba can no longer fully rely on its Latin American partners or the United States. With an economic embargo firmly in place, the Biden Administration has publicly stated that improving relations with Cuba is not a priority. Diaz-Canel’s leadership and reforms have been, so far, insufficient to shift US policy. So, Havana must invest its diplomatic efforts elsewhere, for instance, in the Asia Pacific Region.

Only time will tell how the regime will evolve, but without question, Cuba is evolving. Though Diaz-Canel provides Cuban leadership with a fresh face, ultimately, he is loyal to the party’s foundational principles. If Cuba can create prosperity through market-oriented reforms while maintaining one-party rule, then it will demonstrate the utility of the authoritarian state capitalist model. Perhaps, it could even become a role model for its neighbors and other developing countries. This would undercut the liberal democratic order that preaches a different model of development. If Cuba cannot manage the speed of reform, however, and falls under the weight of societal pressure and its moribund economy, perhaps Havana will have to resort to democratic reforms. In that way, Cuba would serve as an example of a failed authoritarian state, giving credence to the liberal democratic model. Whether it takes the former path or the latter, the only certainty is that Cuba will change. But what that change will mean for the population and its relationship to the state remains uncertain.