Home International Affairs Syria’s Civil War: the next battle ahead? 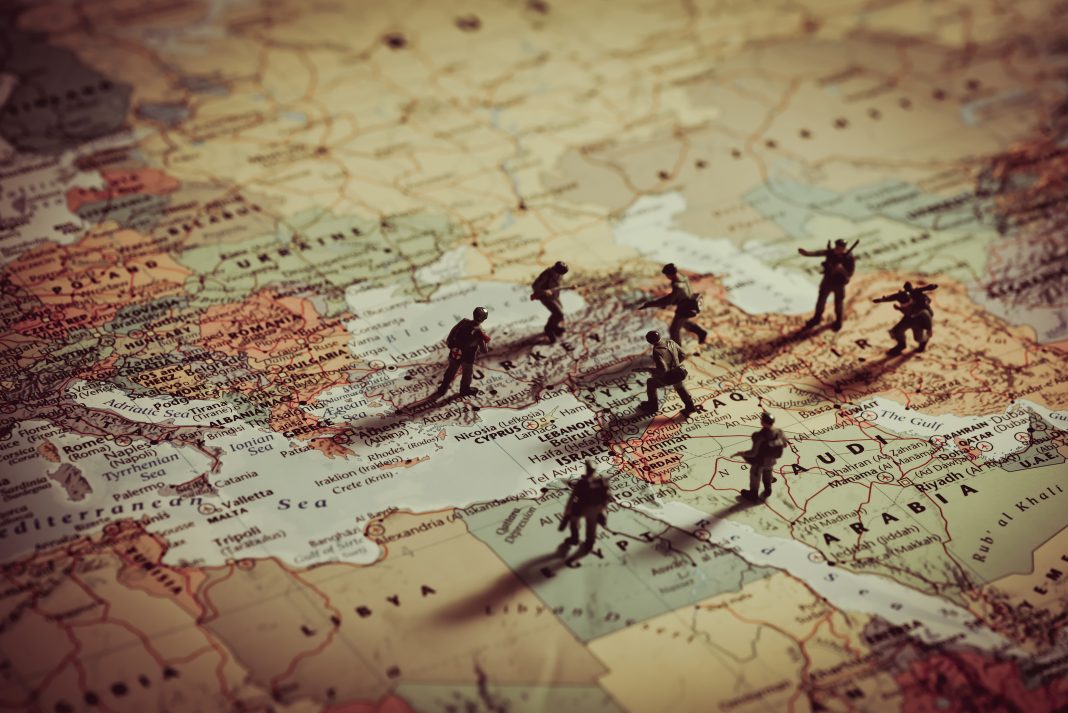 The headlines had already declared the war to be in its final stage with President Assad as its brutal victor. Indeed, since Russia launched its decisive intervention on behalf of the regime in September 2015, the prospects for a Syria without Assad became virtually non-existent. Not just the opposition but also the Islamic State had been defeated. After around half a million lives were lost, the conflict was beginning to wind down. Then came President Donald Trump’s announcement to prematurely withdraw all American forces from Syria and with this, a new source of conflict: a bone of contention between Turkey, the Kurds, and the Syrian regime.

The Syrian Civil War – at the great expense of the Syrian people – is the melting pot of numerous regional and international conflicts. With the entire south of the country (apart from a small American “deconfliction zone”) under his control, Assad can now turn his attention to the North and Northeast of the country. In the North, Turkey – keen on expanding its sphere of influence – has pushed back Kurdish forces east of the Euphrates and thus occupied an area of around 3,500 km2. Turkish President Erdogan has already announced the launch of a military operation to “free the east of the Euphrates [river] from the separatist organisation.” Although this offensive has since been delayed, President Erdogan and President Trump have reached an agreement for it to take place within the coming months.

Further to the East, the Kurdish People’s Protection Units (YPG) have made substantial territorial gains in their successful fight against IS. These territories are particularly desirable as they are home to most of Syria’s gas and oil reserves – sources of income desperately needed by the government. Furthermore, Damascus has been suspicious of the strengthening of the Kurdish position in the region. Thus, while Assad is trying to regain control over the entire country, the Turks are eager to secure their Southern border and the Kurds are once again fighting for survival. Conflict is inevitable.

Amidst these competing interests, the American presence acted as a buffer. Turkey and the U.S. are both NATO allies. This deterred Turkish troops from advancing further into Kurdish-controlled territory, as they would have risked clashes with American troops stationed there. In a similar fashion, the American troops deterred government forces from directly attacking the Kurds, as this would have placed Russia against the United States, a serious escalation of the war. With the eventual withdrawal of the U.S., little stands in the way of these actors to attempt to realize their goals for Northern and North-Eastern Syria. Although, both Turkey and Damascus have an interest in the Kurdish-controlled regions, for the moment it appears as if the Kurds and the Syrian government are coming closer together. Kurdish fighters have appealed to Syrian government forces to enter the town of Manbij, a town on the frontline between the Turkish presence in Syria and the Kurdish-controlled region. The pro-Assad troops are meant to deter Turkish expansion into Syria. Just how reliable the rapprochement between Damascus and the Kurds will be, has yet to be seen.

In addition to the immediate effect of the American withdrawal for the Kurdish-controlled provinces, Trump’s hope to “bring our troops back home” and to “Stop the ENDLESS WARS!” also seems to be backfiring in the long term. Across the border in Iraq, Trump’s representatives are already discussing the consequences of his decision to withdraw. During a recent meeting between Masrour Barzani, the head of the Kurdistan Region Security Council in Iraq, and General Patrick Roberson of the American-led campaign against IS, mechanisms to prevent the displacement of Kurdish people in Syria were discussed. This was also a concern raised in Barzani’s prior meeting with U.S. Secretary of State Mike Pompeo. Furthermore, both men reaffirmed the U.S.’ commitment to the Kurds in Iraq. Effectively, Trump’s decreasing engagement in Syria amounts to an increase in America’s commitment in Iraq.

The Kurdish-controlled territories have already been one of the main battlefields in the war against IS. It now seems likely that this fate may soon befall them once again. In a war pervaded by webs of alliances and prolonged by the prevalence of multiple regional and international stakeholders, one chapter comes to a close, as another one opens. While IS has been defeated and Assad is now firmly in power, the fighting continues; this time, against someone else.