Home International Affairs The end of the European holiday from history: Katarzyna Pisarska on the... 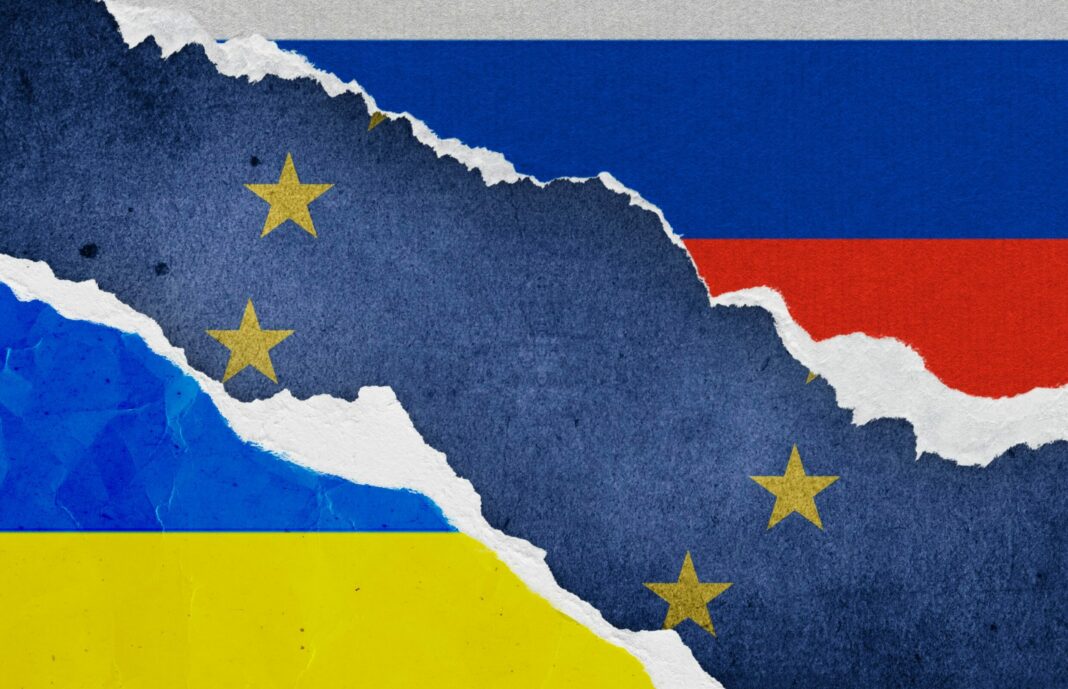 24th February 2022. “Hello, I’m sorry, but we have to reschedule this meeting.” The timing of our first interview turned out to be more than problematic. Katarzyna Pisarska is used to having a packed schedule. This day, however, was different. It was the day Russia started its invasion of Ukraine.

Instead of having the time to discuss her stance on current foreign policy issues, Pisarska was using all her available resources to bring as many Ukrainians as possible from the war zone to her home country, Poland. Fast forward three months – Pisarska is still agitated when talking about the war. The well- prepared questions for the initial interview seem so trouble-free that one might consider them as an expurgated version. “Do you think the current conflict can still be solved without weapons?” Today resembles distant wishful thinking rather than a realistic possibility. Three months ago, 2022 marked the year in which war returned to Europe.

Was Russia’s invasion of Georgia in 2008 the Rhineland moment of our time, and the annexation of Crimea in 2014 our Sudetenland?

Pisarska: The war in Ukraine has a lot of similarities with what Europe has gone through, especially during the Second World War. In 1991, the Kremlin felt that they were stripped from an empire and their dignity, entering a phase of strategic retreat. This led to preparations for war by the Kremlin, which we as Europeans missed out on for over three decades. After Yelzin’s miserable failure to introduce democracy, Putin stepped in and grew on these feelings of resentment and imperialism. Empires only exist if one expands its territory. It was in a sense natural that Georgia and parts of Ukraine have been attacked. So yes, history repeats itself mainly because Europeans believed that hard power has died. On the contrary: the Kremlin has continued to use those lenses to convince its own population that they are fighting for a righteous cause, when in fact they are the aggressor.

But why did Europe stop acknowledging that the world is shaped by hard power?

Pisarska: We had to do so. Hard power was at the heart of the Second World War which destroyed the European continent. Jean Monnet, Robert Schuman and even Konrad Adenauer aimed at rejecting the Realist paradigm, which understands the world as a win-lose system. In the Liberal paradigm, we find ourselves in a win-win environment. We have carried this concept into almost all areas concerning our everyday life, like health and agriculture, but also looking at the Single Market, in which everyone is supposed to prosper. Liberalism has been our driving force for over 70 years. We correctly assumed that only like this, peace would prevail in the world. Now we must realise that if we have reached the end of history in the West with the achievement of a democratic-liberal system as Francis Fukuyama famously wrote in 1989, history has now begun anew. In fact, only a minority of nations is following the Liberal paradigm of conducting international relations. Other great powers have grasped the idea of the Liberal system. They are not applying it themselves though but use it to their advantage with the help of strategic corruption. Through influencing our open systems in such a way, we become extremely reliant on them, like for example in energy.

What can be done, from a European perspective, to protect Eastern European regions such as the Baltics from future Russian aggression?

Pisarska: Currently, there is no replacement for American power in Europe. This does not mean that Europe should remain as complacent as it was in recent years. The European Union is facilitating cooperation through creating procurement procedures. A lot of money is supposed to flow into building a European defence industry, which is a very good initiative. We should not create an alternative to, but synergies with the Americans. On top of that, it is necessary to rebuild a kind of strategic culture of thinking about international relations. However, this does not mean abandoning the liberal idea. On the contrary, we should defend what we stand for. This war is just the first of many to come. Future chapters might or might not include China. If we don’t have functioning armies nationally that cooperate well inside the European Union and fully cooperate with NATO, then we won’t be able to stand up to the real challenges. NATO and the EU are luckily already working closely together but we must increase our capabilities. Right now, we are basically blind without the Americans and their intelligence.

Many progressive politicians outlined that the EU should be transformed more and more into a political union. What would be your opinion on that?

Pisarska: In a sense, I already see the EU as a political union, looking at the many political areas where we cooperate, like the common budget or elected institutions, but there are a few adjustments that need to happen. We need, among others, a qualified majority voting in matters of foreign policy, instead of unanimity. It is ridiculous that one country bought by the Kremlin can unilaterally block sanctions of the whole EU, as we have recently seen with Hungary. This discredits the whole union. Nonetheless, Victor Orban is doing us a favour at the end of the day because he is speeding up the decision about this process. Foreign policy in general is something where we can do much more together. This is an easy fix. What is way more complicated is the joint approach regarding defence. Here I would argue to stay with NATO, as it is effective. We should not fix something that is already working.

What is your view on Ukraine’s possible entry into the EU?

Pisarska: The Ukrainians deserve such a perspective; they have shown that they are willing to pay for this membership by blood. They have shown to be more in accordance with European ideas of freedom, democracy, and liberty than any other country. Not giving them a membership perspective goes against all the promises we have made and against all that we believe in the European Union. We have to support and thank Ukraine and do whatever they ask for as they are fighting our war – they are being killed for us.

Prof. Katarzyna Pisarska is a Polish social entrepreneur, civic activist, and academic. She is the Founder of the European Academy of Diplomacy, the Visegrad School of Political Studies and a Co-Founder of the Casimir Pulaski Foundation and the Warsaw Security Forum. She is also the Vice President of the European Forum Alpbach in Austria, a Senior Fellow at the Center for European Policy Analysis in Washington D.C., and an Expert of the World Economic Forum in Switzerland.