Home International Affairs The Kazakhstan Riots: Orientalism and Power in the Heart of Asia 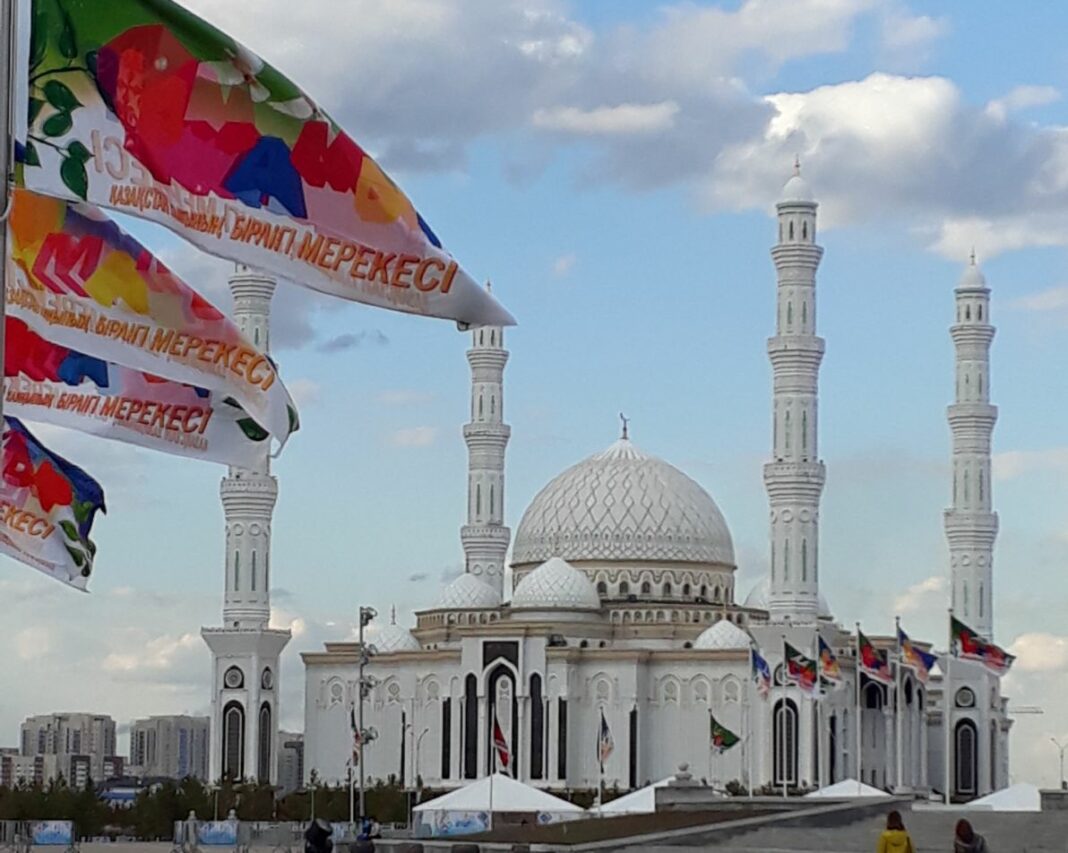 Between the 2nd and the 11th of January 2022, Kazakhstan saw the biggest and most violent riots of its three decades of independence. Within a week, a peaceful protest in the remote Western oil- producing town of Zhanaozen led to mass violence in the main cities of central and southern Kazakhstan, causing more than 200 deaths amongst civilians and police, thousands of arrests and even a full-blown Russian military deployment under the auspices of the Collective Security Treaty Organisation (CSTO).

The CSTO intervention, an absolute first, brought great international attention to the resource-rich Central Asian republic. Western media and politicians have largely indulged in a portrayal of Kazakhstan as a near-dictatorship centred around the figure of former president Nursultan Nazarbayev, characterizing Kazakhstan as a post-Soviet “kleptocracy.” On the other hand, numerous Russian observers have interpreted the CSTO intervention as proof of Kazakhstan’s lack of a “culture of independence.” Re-vitalising a colonial- type rhetoric, Russian media continue to exoticize Kazakhstan and its political culture as “tribalistic,” “nomadic,” and prone to intra-elite power struggles, revendicating thus a more active role of Russia in the country’s internal politics, particularly to the benefit of the ethnic Russian minority.

Against the backdrop of such orientalising rhetoric, the consequences of the January protests have highlighted the actual complexity of the socio- economic structures upon which “centralised” power in Kazakhstan allegedly stands. Following silence throughout the protests, Nazarbayev appeared in a video at the end of the clashes stating he had been merely “a pensioner” since 2019, the year when he resigned as president. The subsequent gradual cleansing of Nazarbayev’s family and devotees from senior posts in the country, have been a clear indication that the protests have been utilised by Tokayev, Nazarbayev’s successor and former close ally as minister of foreign affairs, to replace Nazarbayev as the country’s de facto leader.

As Russian observers started dubbing Tokayev a “Medvedev who dared,” Kazakhstani free media and political observers described the occult power shift as an “inter-clan” redistribution of power. The word “clan” is extremely significant, as it indicates the persistent socio-political relevance of historical social hierarchies and kinship structures in Kazakhstan’s contemporary society. These hierarchies are historically defined in terms of geography and in terms of kinship.

The fact that a protest that originated in the country’s periphery achieved the apex of violence at its centre, subverted long-held stereotypes that Kazakhstan’s remote Western regions of the country are inherently rebellious and violent. It was a sign to many Kazakhstanis that the government had allowed this to happen to produce the conditions for a power shift. Moreover, opposition media and political rhetoric reinforced inquiries into the wealth acquired by the Nazarbayev family.

Tokayev’s first address to the mazhilis, Kazakhstan’s parliament, following the protests conceded that the policies of past years had brought the country’s wealth in the hands of too few. He thus implicitly discredited Nazarbayev’s leadership, further suggesting Tokayev’s exploitation of the Nazarbayev-kleptocrat narrative to consolidate his power. This left Kazakhstani media with a popular question: “does Tokayev now have his own clan?” This question alludes the importance of “having a clan” as a structure able to control and diffuse the central leader’s power throughout the closely linked political and economic fabric of the country.

Although the concept of “clan” derives from the Central Asian cultural context, the way it is practiced in contemporary Kazakhstan indicates a heritage of the Soviet era. What is identified as clan factionalism in Kazakhstan is familiar to the whole post-Soviet space, where the rise of oligarchs in the 1990s can be likened to a process of socio-economic feudalisation.

There is, however, an even more dramatic way in which an orientalist discourse emerged in response to the January riots in Kazakhstan, constituting a tool for legitimising the government’s violent response. On the 7th of January 2022, declaring that violence and destruction of property in Almaty and several other major urban centres in had been caused by “terrorist groups of foreign origin” as well as “criminals and bandits,” President Tokayev called upon the police forces to “shoot without warning” upon protesters.

Such violent reaction outraged the West, whilst the generously applied label “terrorist” actively traumatised the country. The label was also a powerful political tool. As the state dubbed tens of thousands of politically and economically dissatisfied citizens as “foreign terrorists,” it legitimised the creation of a true state of terror within the country’s prisons and police stations. Cases of torture were common, whilst numerous civilians killed in the clashes were buried, without indication, as the worst of criminals. It was, moreover, the identification of protesters with an unspecified foreign enemy that legitimised the intervention of Russian forces under the CSTO. The Organisation’s mandate, in fact, would rather be one of external defence.

The label “terrorist” has been utilised by Kazakhstani politics with great intensity ever since the early 2000s. As the US identified Central Asian countries as key partners in their “war against terror” in the Middle East, Kazakhstan’s efforts to combat radicalisation were much celebrated by both Russia and the West, playing a crucial role in the country’s multi- vectorial foreign policy. The geographical proximity to Afghanistan, terrorism in the Caucasus, and the very fact of being a country with a Muslim majority, legitimised to the Kazakhstani population ever more draconian measures by the government to quash anything it identified as “extremist.”

Yet, independence has also given Kazakhstan a stimulus to rediscover its Muslim, Asian cultural and social roots that tie the country to an “unstable” Middle East. In such context Kazakhstan’s internal “war on terror” has provided the country’s Soviet- bred elites a tool for the internal control of their own population. It is used as an excuse for the persecution of numerous groups, from unorthodox religious sects to political opposition parties, that might somehow threaten the political uniformity of Kazakhstani society. They achieved this through the adaptation of Soviet orientalist, colonial categories which juxtaposed “modern” and “Asian,” “Muslim” and “free” as natural opposites to the contemporary Western conception of the Muslim world as inherently violent.

The “othering” of protesting parties is inherent in the recent history of Kazakhstan. The great Almaty riots of 1986, which were one of the fountainheads of the Kazakhstani movement for national independence, were ascribed by the Soviet press to “bandits, bourgeois agitators and social parasites” – individuals outside of the domestic social structure and tied to Western socio-economic models. Then again, official media coverage of the multiple protests that have arisen in the oil producing regions of the West during the 2010s have disproportionately given importance to the Chinese factor in them, negatively reflecting on the riotousness of Chinese workers and speculating on alleged occult plans of Chinese expansion.

The term “terrorist,” so central to the Kazakhstani political response to the January riots, is thus the expression of a domestic form of orientalism which owes its origins to the Soviet colonisation of Central Asia. Soviet orientalist and evolutionist discourses – adapted to the contemporary world and particularly to the “war on terror” – are employed by Soviet-bred Central Asian political elites to legitimise the armed enforcement of colonial borders and a rhetoric of internal north-south hierarchy within the region. This discourse works to the advantage of an enduring Russian political and cultural hegemony in the region, being also one of the main elements preventing the development of China’s role in the region. This shall produce increasing friction within Central Asian societies.