Home International Affairs The Post-Abe Japan: On What Legacies is the New Prime Minister Suga... 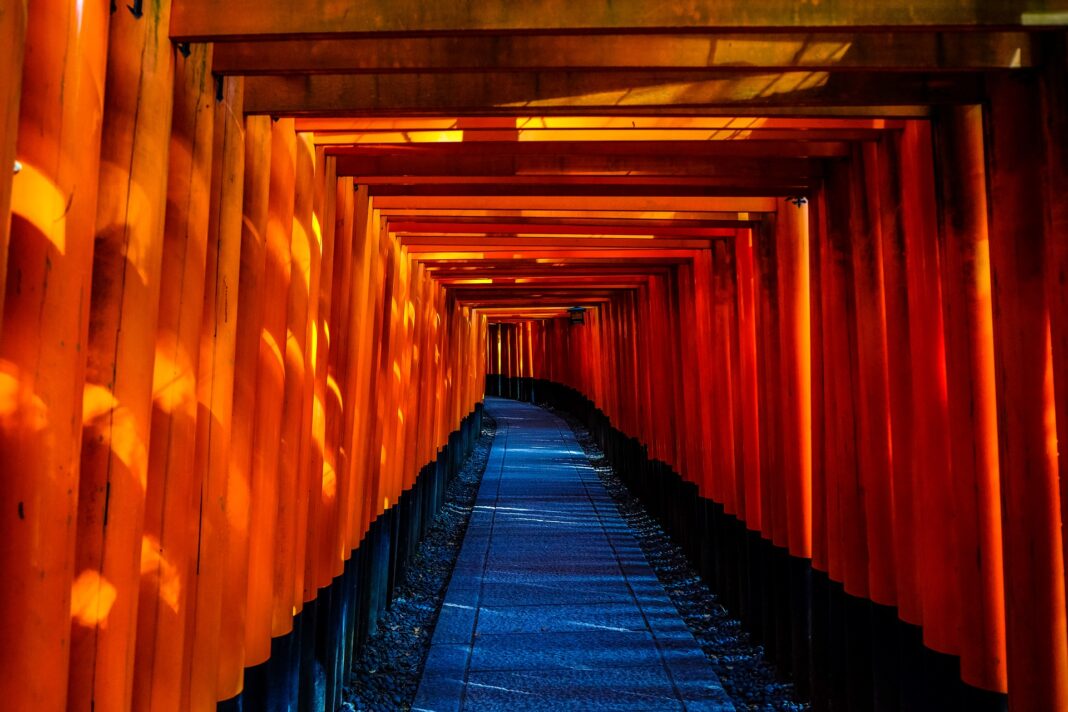 Kakuei Tanaka, who served as prime minister of Japan in the 1970s, once told Henry Kissinger that “the changes through successive prime ministers… are actually a change in appearance, while the actual reality stays the same.” Though it may have rather perplexed Kissinger, who was not a fan of Japanese elites at the time, Tanaka’s mystic observation surely contains some hints for discussing Japan’s politics—but it must be interpreted carefully.

On 16 September this year, Yoshihide Suga was elected as the new prime minister of Japan. He succeeded Shinzo Abe, who stepped down allegedly because of health reasons. Elected in 2012, Abe was the longest-serving prime minister in Japan’s constitutional history. His office came under investigation after his resignation for some questionable expenses linked to an annual gathering called Sakura wo Miru Kai (“cherry blossoms viewing party”). This scandal does not, however, materially undermine the legacies of the longest-serving cabinet under Abe, upon which Suga, long described as Abe’s right-hand man, is standing. To understand Japan’s current political situation and the directions in which it could develop, it is worth reflecting on the legacies of the Abe cabinet: what did Abe’s seven years and eight months mean for Japan? Three key achievements characterized his time in office.

First, Abe brought political stability. After the Koizumi cabinet of 2001-06, six different prime ministers governed Japan in six years, each with limited success. In 2009, the Democratic Party of Japan (DPJ) scored a historic victory over the Liberal Democratic Party (LDP)—Abe’s party, which had continuously dominated Japanese politics since 1955. Yet, the DPJ’s mishandling of significant issues, particularly the Fukushima nuclear disaster and the relocation of a U.S. Marine Corps Air Station in Okinawa, revealed the party’s weakness. These errors left the people, who had voted for the DPJ with high hopes for change, deeply disappointed. The LDP’s comeback in 2012 with Abe as its leader, along with his long tenure as prime minister, helped the government regain the people’s trust.

Unsurprisingly, there were some repercussions. The Cabinet Bureau of Personnel Affairs set up by the Abe cabinet in 2014 enabled the government to tighten its grip on the appointment of the top six hundred bureaucratic executives. The Cabinet Bureau concentrated power in his office and helped him to promote his political agenda. Yet, simultaneously, it provided bureaucrats with more incentives than ever to do Sontaku—considering the implicit wishes of one’s superiors and acting favorably. This has arguably been a breeding ground for reported scandals such as that of Moritomo Gakuen and Sakura wo Mirukai. The resulting lack of accountability and reportedly prevailing favoritism provided the opposition with ammunition to criticize the government.

Second, the policy mix of monetary easing, fiscal stimulus, and structural reform called ‘Abenomics’ has played a significant role in revitalizing the economy and maintaining the public’s confidence in the government. The depreciation of the yen brought by monetary easing has contributed to the strong performance of export industries. In 2018, stock prices reached a 27 years peak, helping Japanese people to perceive tangible economic improvements and anticipate further growth. The corporate governance and capital market reforms are changing Japan’s traditional protective business structure to prioritize productivity more. Critics say Abenomics was only for big companies and shareholders – in other words, for the rich. Yet Abe’s policies reinvigorated the economy and created more than four million new jobs. Suga has promised to continue Abenomics.

Third, Abe enhanced Japan’s national security and strategic diplomacy. This has been important for the country, which has been increasingly constrained by regional geopolitics. After establishing a National Security Council in 2013, Abe went on to promote various initiatives to reinforce Japan’s security capacity and strengthen its role in the international community. The ‘Proactive Contribution to Peace’ and the ‘Free and the Open Indo-Pacific Strategy,’ two key concepts developed under Abe’s foreign policy, have helped Japan to be seen as an active contributor to its security alliances and international peace, rather than just as a dependent state under the security umbrella of the US.

The continuous capacity enhancement of the Japan Self-Defence-Forces has inevitably triggered criticisms of Japan as ‘rightward-shifting’. As the grandson of Nobusuke Kishi, a prime minister of Japan in the late 1950s and an important nationalist figure, Abe is associated with strong nationalistic tendencies. But the geopolitical constraints in the region – a belligerent North Korea and growing tensions with China in the East China Sea – provided the government with a pragmatic justification for what might otherwise be considered a nationalist foreign policy.

There is still much to be achieved in Japan’s foreign relations. The long-standing problem of North Korean abductions of Japanese citizens remains with almost no progress. A peace treaty with Russia has not yet been concluded, blocked by a territorial dispute over the Kuril Islands. Relations with South Korea are not improving, complicated by conflicting perceptions on enduring historical issues relating to comfort women and forced labor during the interwar period and the Second World War. The growing tension between the United States and China will further constrain Japan’s geopolitical situation, putting the country in a dilemma over how to maintain friendly relations with both countries. Despite these challenges, Abe’s time in office marked Japan’s transition towards a more autonomous and proactive actor on the international stage. It is now up to Suga’s cabinet to develop that position.

As a non-hereditary politician from a family of rural strawberry farmers, Suga will be even more pragmatic than Abe, promoting what he believes is necessary for Japan without overly pandering to political factions. He is, in fact, the first LDP prime minister who does not belong to any faction. The next election of the LDP leader, which is held once every three years, will be in September 2021. If Suga wins, he can technically stay in power as prime minister until at least 2024. Given how the opposition disappointed many Japanese voters during their short tenure in power, it is unlikely that it will be able to meaningfully challenge the LDP’s, and thereby Suga’s control. In fact, the DPJ lost more than 80% of the seats in the 2012 election and broke apart in 2017. As the current leader of the LDP, Suga enjoys considerable political power. How he should wield it is clear: to change what needs to be changed and to develop further Japan’s position as a significant international actor. Tanaka’s description of “the actual reality stays the same” should not be interpreted as no change at all. When it comes to change, leadership matters.