Home International Affairs The Renaissance of the Non-Aligned Movement 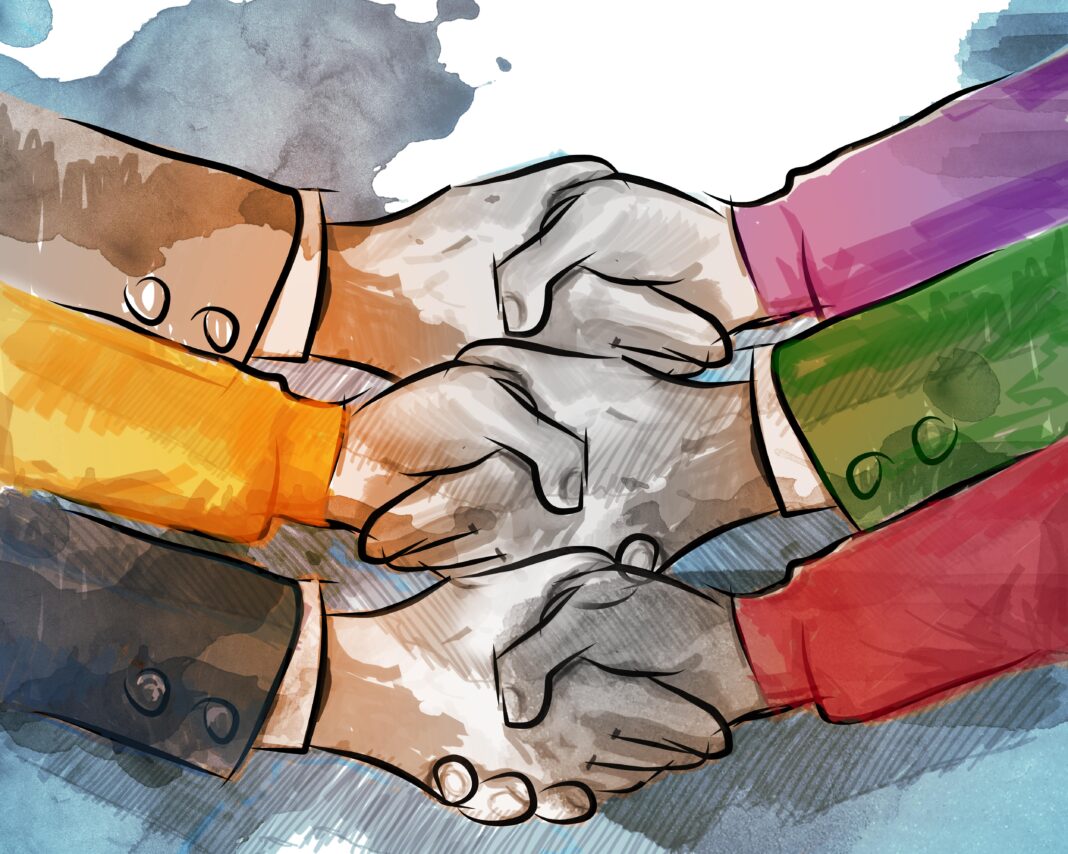 “It is important that we start by recognizing that disenchantment and dissatisfaction with multilateralism and globalization — and talk of decoupling — had been building for years, long before the pandemic or the war in Ukraine. Even though global integration and solidarity had led to decades of relative peace and prosperity, and lifted over 1 billion people out of poverty, many were left behind: poor countries, and poor- and lower- middle-class people in rich countries. Shifts in the global balance of economic and geopolitical power also bred anxiety and resentment.”

On 7th April 2022, India, Bangladesh, Sri Lanka and Pakistan, the largest economies in South Asia by GDP, voted to abstain from the United Nations General Assembly (UNGA) resolution condemning Russia’s actions in Ukraine. Furthermore, in the Resolution calling for the suspension of the Russian Federation from the Human Rights Council, African states voted devoid of a consistent pattern: 10 for the suspension of Russia, 24 abstentions and the rest did not participate. In sharp contrast, the Western world and its allies have shown unprecedented consistency in taking an unequivocal position against Russia.

The President of Ukraine, Volodymyr Zelenskyy, has twice requested to address the African Union (AU), in a quest to consolidate support against Russia. Although at the time of writing this piece his efforts have not yet been successful, he hopes to deliver a video address to the AU. The general sentiment has been that Africa does not want to be dragged into issues it is not directly involved with. This divergence between the traditional Global North and the Global South can be construed as the renaissance of the Non-Aligned Movement.

The bipolarity that characterised world politics during the Cold War necessitated states to affiliate themselves with either one of the world powers at the time. The Non-Aligned Movement was birthed by those states who were neither interested in allying with Moscow nor with Washington. Towering statesmen of the Global South led by Nkrumah of Ghana, Nehru of India, Sukarno of Indonesia, and Nasser of Egypt championed for this ideology as a way to assert their countries’ independence and reject foreign interference in their newly-independent states in Africa and Asia; Tito of Yugoslavia was the only exception, hailing from the North. Faced with the current situation in Ukraine, countries from the Global South have found solid reasons to rekindle non-alignment.

Foremost, the war has impacted developing countries due to the skyrocketing commodity prices. Even though the countries that trade the most with this war-torn region have borne the brunt of the economic impacts, other countries have also suffered due to the overall disruption of global trade. Worse still, both Russia and Ukraine are among the largest wheat exporters to Africa. Nonetheless, reports that spell doom for the region in terms of an unprecedented food crisis are merely alarmist; wheat is not a staple food for most of Sub-Saharan Africa. President Macky Sall of Senegal, currently doubling as the President of the African Union, made a diplomatic trip to Moscow early June, to engage with President Putin on ensuring that grains and fertilisers continue to be exported to Africa.

If Africa had prioritised the agriculture and food production sectors, experts have estimated that countries like Ethiopia, South Africa, Kenya, Zambia and Zimbabwe would have had the capacity to produce enough wheat for the entire continent. Besides, this would boost intra-African trade, which trails all other regions. In addition, oil shortages have been reported in a number of African countries. Ironically, Africa accounts for almost 10% of global oil production, yet in Nigeria—the top oil producer in the continent—it is not uncommon to experience oil shortages.

Secondly, Human Rights Watch confirmed that numerous students of African, Middle Eastern and Asian descent received unequal treatment while trying to escape from Ukraine when the war broke out. Scores of foreign students were racially profiled and initially denied entry into countries such as Poland, as they watched other people be granted safe passage without frustration. In fact, some victims were reportedly blocked by law enforcement authorities from boarding trains leaving Ukraine on account of their non-whiteness. Western media largely downplayed the plight of these students, prompting the African Union to issue a statement calling for the respect of international law; all people regardless of their race or ethnicity have the right to cross borders during conflict.

In an act of solidarity, African students, who constitute approximately 20% of foreign students in Ukraine, were assisted by the foreign missions and embassies of other African countries, notwithstanding their nationality. For instance, Ambassador Mngomezulu of the Republic of South Africa to Poland drove five hours to the Polish-Ukrainian border to help a group of stranded African students. By and large, the Global South noted the stark difference of what it means to be a white refugee as opposed to being a refugee from other regions.

Thirdly, Nord Stream 2 and the dependence on Russian oil and gas by countries like Germany have featured heavily in political and economic debates during this crisis. For many years, the discourse has revolved around the potential weaponisation of strategic resources by Russia against Europe. On the other hand, at the outset of the war, a picture of Russians experiencing long queues at a Metro station in Moscow went viral on social media. This inefficiency was a result of the suspension of digital payment services like Google Pay and Apple Pay, due to sanctions imposed on Russia, causing the snarl up in the entire rapid transport infrastructure. Additionally, over 750 foreign companies that operated in Russia before the war have since curtailed their operations in compliance with the unprecedented sanctions. From the foregoing, the Global South—which heavily relies on the rest of the world for almost everything— would be in deep trouble if they were in similar circumstances. Clearly, a country or region that fails to develop independent systems to fall back on in times of crisis, could easily be taken advantage of by competing entities.

As they say, never waste a crisis

For the Global South, this period of epochal change should form a crucial moment to reflect upon the neoliberal world order. It is clear that while globalisation and the neoliberal system have their benefits, the costs are tremendous. Since the Global South did not take part in the crafting of this system, it cannot get any clearer who calls the shots—and it is not the Global South. Importantly, the treatment of citizens from Asia and Africa in Ukraine during such difficult times is telling of how the rest of the world perceive the Global South—as second-class global citizens.

Whereas non-alignment was essential in the 20th century, there is a need to reboot it in the 21st century. It should entail crafting a better multilateral and global system, where “equality of states” is not just enshrined in legal statutes but becomes a reality. Furthermore, South-South cooperation—which has often been overlooked, should be brought to the fore. Merely repeating calls to reform institutions such as the United Nations Security Council to include countries of the Global South in the powerful permanent members will likely remain a pipe dream— as it has always been.

In essence, the Global South has bigger fish to fry— focus on its advancement. As such, it should continue shunning involvement in affairs it is not concerned with. Not only must the Global South reimagine non- alignment, but also a different global order – one in which it takes charge of its own destiny.