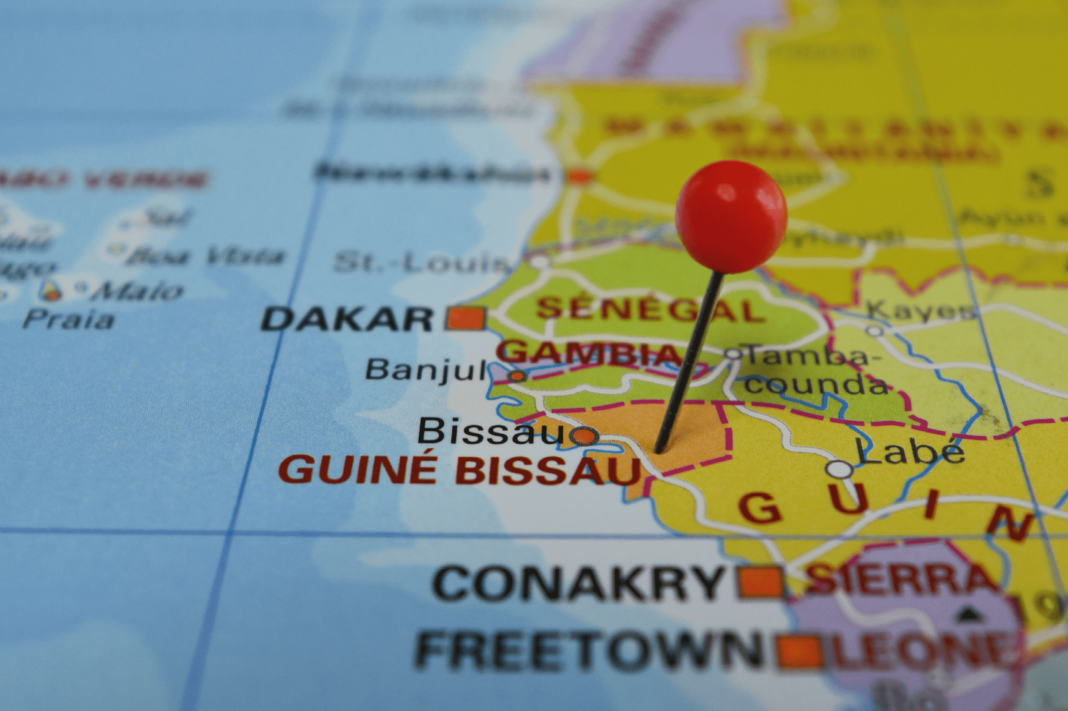 It is common for university students to become easily disillusioned with their first post-graduate positions. This is especially true in industries, which reveal stark disparities between what is taught at university and how the world truly functions. Nowhere is this more true than in the world of international development assistance. After arriving in the capital of Guinea-Bissau as part of an economic development research project, I noticed something fundamentally striking about this world: the apparent and dangerous inconsistency between the lofty objectives of international aid and the marginal outcomes that these goals often produce.

I began to wonder what the actual dynamic was at play here and how it was affecting Guinea-Bissau, which continues to remain one of the poorest countries in the world. As time went on, more fundamental questions started to appear in my mind: What does development cooperation really mean? What is the role of the Bissau-Guinean state apparatus in its own development? To better understand this development dynamic in Guinea-Bissau, I met with locals and foreigners who have been working in the country for a long time. In all of the interviews that I conducted, I noticed that a few common points kept emerging: that the logic of international development assistance is essentially flawed; that it is inefficient and interest-oriented; and that it frequently implements one-size-fits-all solutions, which are often ill-suited. While these issues are likely to remain systemic, my experience in Guinea-Bissau has not left me completely hopeless. Indeed, if my interactions have revealed anything, it is that younger Bissau-Guineans, aided by their exposure to new technologies and access to global culture, are more aware and critical of the problems of their country–a consciousness that could perhaps provide new perspectives on these development issues.

1. The logic of international aid assistance is deeply flawed.

International development assistance projects usually last between three and five years, are funded externally, and tend to involve the government only in their authorization, and not their conception. In Guinea-Bissau, this has been the logic in place for years. And it is not working, because it is “an impatient logic”, according to Dautarin da Costa (sociologist and ex-minister of education of Guinea-Bissau, part of the government overthrown unconstitutionally in 2020). He notes that the change brought by the myriad of organizations present on national soil is “palliative”, since “the program ends or is forced to accelerate at some point because of budget pressure, and it must ignore certain cultural aspects [oftentimes crucial ones] to keep going”.

In the international arena, there is no altruism: there are only political and economic interests. International development aid usually comes in a package, which not only contains the needed funds but also the perspective of fulfilling certain interests that have nothing to do with the well-being of the population. There is always some sort of kickback. For example, the World Food Program implemented a project in Guinea-Bissau (a country with one of the richest fishing coasts), which ensures that children at school eat at least one meal a day . . . with fish imported from Japan!

As a market, international development aid affects the target country both positively and negatively. At the level of capacity-building, it creates a motivating precedent: “if we organize ourselves in a certain way, we can actually implement something”, according to Dautarin. However, when it comes to this technocratic class of Bissau-Guineans (people who studied abroad, bringing fresh and innovative ideas and are motivated to change their own country), this ‘market’ proves counterproductive towards its own objective: development. “Since there are not many vocational training opportunities in the country”, and “the public service is an intellectual cemetery”, meaning that its extremely rigid structure does not allow for ideas of change to flow, Dautarin states that this poverty market has given new perspectives to these Bissau-Guineans. “The problem is that this talent is being diverted away from the state apparatus”, points out the attaché for the cooperation of country X in Bissau, shrinking chances to achieve an ‘inside-out’ development by the state.

3. There is an urgent need for reciprocity.

Based on my experience, I believe that the most important exchange in international aid assistance is knowledge. Most aid assistance projects depend on the quality of information that they receive from local populations, whether in terms of statistical studies or face-to-face interviews. When this process works effectively, it often leads to more reciprocal forms of interaction between the “helpers” and “helped”: in exchange for aid, development organizations receive valuable information about the developing country, which can then help future projects tailor their objectives to fit local conditions. One consequence that I have noticed regarding this reciprocity is that “development” often means different things in different places. In other words, I have found that it is unrealistic to expect countries in the Global South like Guinea-Bissau to develop strictly according to the economic premises of the Western paradigm, as this would be neither economically nor culturally sustainable. However, because most aid assistance projects do not operate according to this principle of reciprocity, this point is often lost.

This lack of reciprocity is evident in the way that international organizations and NGOs usually “apply the same ‘recipe’ in various African countries, replicating it, which in the poorest countries like Guinea-Bissau, prevents the effective formation of the state”, affirms the attaché of country X, “their activities are creating artificialities, which are not promoting appropriation by the state”. Simultaneously, there seems to be no follow-up by the state of Guinea-Bissau in what concerns its population’s needs, as a program manager of an international organization revealed. Some international organizations seem to think that, if a certain project has worked in a majority of comparable countries, but not in Guinea-Bissau, then the problem must be with the country itself. In other words, their strict adherence to this one-size-fits-all paradigm of development blinds them to the flaws hidden in their own assumptions. The ultimate consequence of this homogenous and unilateral way of thinking is that these organizations often prevent the emergence of reciprocal interactions that could over time prove mutually beneficial for both parties.

How can this unilateral dynamic evolve into a genuine partnership? On the ‘helpers’ side’, a more assertive and reciprocal development would translate into “working upstream and not downstream [meaning that] before an organization arrives in the country, it must have already negotiated with the government of the country where it is going to intervene, to make a real diagnosis of the needs and requirements”, according to Alexandra Sofia Pimentel, a project manager for Shelter for Life International in the region. This upstream approach would contribute to finding local and sustainable solutions to complex development challenges. On the other hand, she continues, on the ‘helped side’, “more coordination is needed within the government, between ministries”. “In the ‘cooperation game’”, as Dautarin calls it, one cannot be “ignorant about the nature of the ‘game’” nor can one afford to not be dexterous about one’s interests and not to fight for them in the international arena.

Power at Play: Development “Behind the Curtains”

“Global criteria should be equitable”, says Brais Alvarez Pereira, executive director of the Bissau Economics Lab (a research center for development economics). Brais sees potential in the “Sustainable Development Goals (SDGs) that, unlike the Millennium Development Goals (MDGs), now target all countries and not only ‘developing countries”. This thinking is very much in line with the post-development discourse, which points to a possible change in mentality already underway. But how does this work in practice?

On the level of international organizations (IOs), there is a recognition of these new ideas of development (the SDGs), but in practice, the old paradigm still exists: developed countries and their NGO proxies usually dictate to countries like Guinea-Bissau how they should develop. The attaché of country X gave me a glimpse of the power dynamic between IOs and public service in Bissau: “the individual leaders of these (foreign) institutions have a lot of financial power, and can entice, in the best sense of the word, even the management of public institutions. Suddenly, it’s not the logic of the government that works, but the logic of the organization, which is being driven by external action”, thus leaving little to no space for critical and nationally-directed development action.

Although these issues are daunting, there is still hope that the next generation will be more enlightened than the current one. Internally, “the call for change became evident”, claims Dautarin. He understands that hunger and poverty have been the reality in Guinea-Bissau for a long time. The difference now is that people nowadays, especially the younger generations, are less helpless thanks to the informational power of social media and radio. This new generation of Bissau-Guineans was also born in an entirely different world from the one their parents inhabited. So, maybe there lies some hope in letting go of old paradigms to give space for new ones. By working on research and during the writing of this article, I understood the importance of investigating, researching, asking questions, and going to the field in the development world. Change takes time, especially intellectual change, and its impact is not immediate. But knowledge created today in real partnerships between ‘helper’ and ‘helped’ will surely inform more assertive and sustainable international development in the future.

Somalia and Kenya Relations: The Road Ahead Post the International Court...