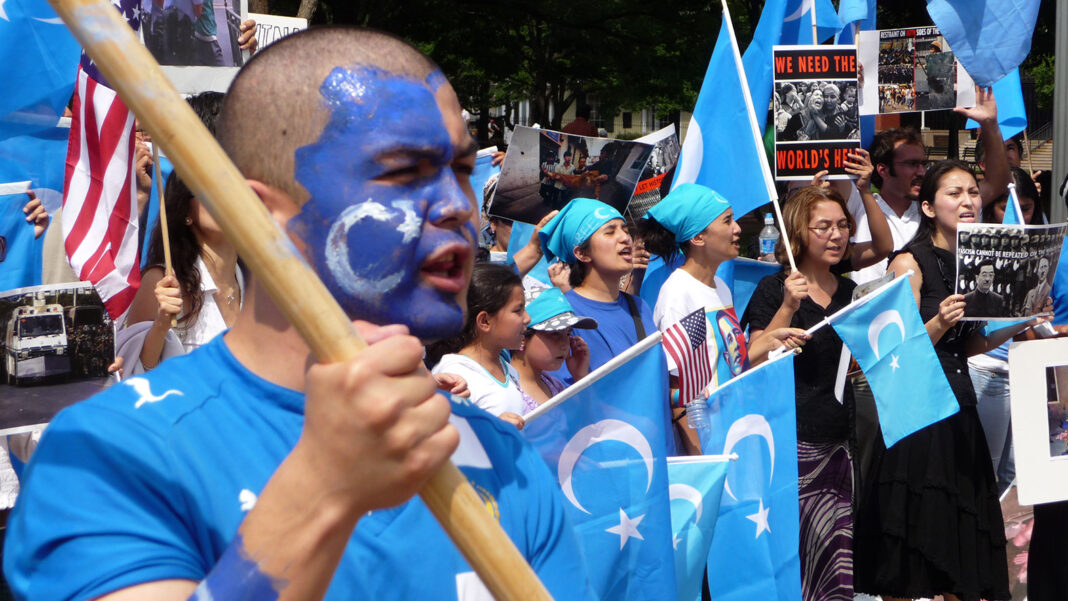 Over the past few months, the world has been waking up to horrifying news about China, alleging crimes, and human rights abuses against Muslim minorities in the province of Xinjiang. Any ounce of reasonable doubt over these claims started fading away when Chinese authorities, after denying the mass incarceration of 1.2 million ethnic Uighurs, labeled the concentration camps as vocational training centers and gave this treatment an anti-terrorist justification. Despite the accumulation of evidence from humanitarian NGOs and global media partially informing public opinion about this oppressive treatment, the motives and layers to the ethnic and religious cleansing targeting the 10 million Uighurs living in China remain for the most part unveiled.

The Uighurs are one of the 55 official ethnic minorities living within the immense territory of China. In the old Middle Kingdom, 56 ethnic groups coexisted, and the Han constituted the historical majority ethnic cluster. When Xi Jinping came to power eight years ago, he launched the “Sinicization” policy, aiming to tighten the grip of the Chinese government over the country and especially over the traditionally non-Han societies. These include the Uighurs, who consider themselves Turkophone people and part of Eastern Turkestan, as symbolized by their azure-blue flag. Underlying the concept of sinicization looms a cultural purge that targets ethnic minorities, especially ones with strong religious beliefs, and that intends to distance them from foreign influences deemed threatening to the Communist Party. The objective then is to assimilate them into the Han-Chinese community and erase their unique culture, language, and societal values.

This policy of uniformization has its roots in the 1966 Cultural Revolution under the directives of Mao Ze Dong when hard-hitting assimilation policies started targeting minorities. Uighurs were forced to eat pork as part of their re-education, just as Tibetans were made to harvest and eat rice. The main idea behind the Communist Party’s cultural assimilation scheme was to put an end to what Mao’s self-declared “four main backward-looking elements” which were hindering China: the old ideas, old culture, old customs, and old habits. The policy served as a way of fighting not just Islam but also Christianity and other minority Chinese religions such as Taoism and Buddhism. It also aimed to develop Mandarin studies to the detriment of the Arabic alphabet.

Over the following decades, oppressive methods of sinicization remained dormant due to a period of appeasement following Mao’s death and the willingness of his successor at the head of the Communist Party, Hu Yaobang, to rehabilitate the victims of the Cultural Revolution. It nonetheless gained some traction after the 9/11 terrorist attacks and the globalization of counterterrorism, but the straw that broke the camel’s back was the 2014 Urumqi attacks that left one dead and 79 injured. Under the guise of anti-terrorism policies, the Party then started using Muslims Uighurs as scapegoats to legitimize sinicization. This event marks the onset of the drastically oppressive measures implemented in Xinjiang by the Chinese government, which is determined to solve the ‘‘Uighur Question.’’

The policy of detaining ethnic Uighurs in camps started in 2014 with the appointment of Chen Quango as Secretary of the Xinjiang Communist Party. According to a report published in 2018 by the Human Rights Watch, more than a million Uighurs and Kazakhs out of the 11 million people living in the province are held captive in concentration camps, which official propaganda calls “vocational training centers.” According to humanitarian NGO reports and testimonies of Uighur refugees in Europe, abuses in the camps range from mass incarceration to forced IUD insertions, tubal ligations, and deaths due to dangerous medical treatment. These sources also mention death sentences for praying and reading the Quran, as well as electric torture and blackmailing of Uighur relatives living abroad.

The word “genocide” has thus far only been used by Uighur militants who consider the population-reducing methods used by the Chinese government against a targeted minority as a significant instance of ethnic cleansing. It is also gaining ground in the academic world since the German anthropologist Adrian Zenz published a report in June on the forced sterilization of Uighur women. According to his findings, founded on leaked Chinese governmental data, there is clear evidence of birth obstruction in Xinjiang, therefore qualifying the policy as genocide under Article 2 of the 1948 UN Convention on the Prevention and Punishment of the Crime of Genocide.

Meanwhile, global diplomatic circles have remained very tentative about the atrocities taking place in Xinjiang. Even though some countries admonished China for the largest detention of a minority group anywhere since the Second World War, few have done much about it. The Trump administration, in the words of the incumbent president himself, pulled out of the Uighurs Human Rights Policy Act for fears of jeopardizing a $250 billion trade deal with China. European firms doing business in China have mostly ignored pleas from activists denouncing Xinjiang’s horrors.

Still, the most surprising international reactions stem from the shockingly silent Muslim countries, with the notable exception of Turkey, who condemned the Chinese government’s actions in Xinjiang as a “shame for humanity.” The dependence on Chinese investments of these countries and the multiple economic agreements that are on the verge of being sealed explain their reluctance to publicly denounce the cruel treatment of fellow Muslims. Likely, this will be the case with Iran, which is currently finalizing a $400 billion economic and security deal with China, sharply contrasting with the solidarity that usually prevails in similar situations, such as the Palestinian cause or the Rohingya crisis. Member States of the Organization of Islamic Cooperation actively lobbied in Geneva to have the United Nations Human Rights Council rebuke Burma in 2017. In the present case, they shied away from supporting the Uighurs. In July, the UN Committee on Social Humanitarian and Cultural Affairs discussed the situation; 14 out of 37 countries in the committee rushed to defend Beijing. These countries are also members of the OIC—evidence, if any were needed, that Realpolitik and economic interests often triumph over Human Rights defense in international spheres.

The Uighur Question, unfolding on our watch and mostly under global diplomatic lethargy, is a typical case of how autocratic governments use supposedly anti-terrorism measures to justify oppressing minorities. It also epitomizes the urge for such regimes to create social outcasts to validate their control over civil liberties. The Party’s policy deliberately conflates terrorism with Islam and may be a more flammable ingredient to radicalization and separatism than extremist propaganda itself. In a world torn apart by a pandemic, which takes malevolent delight in reminding us how fragile human lives are, preserving the dignity and freedoms of minorities is not just a moral urge but simply a matter of common decency.

Keeping up with Kemp: An Interview with One of Europe’s Key...