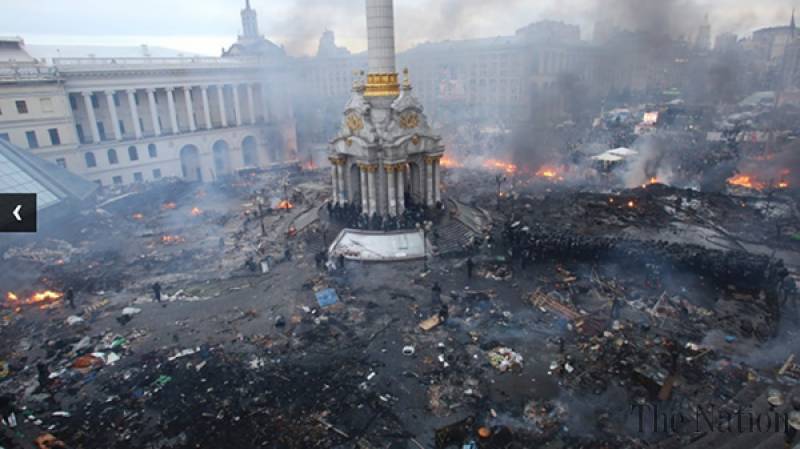 The last two years have been an undeniable cacophony of mixed political aspirations, serving as a source of horrendous migraine for some, and of course, a brilliant opportunity for others. This became evident with the referendum on Britain’s EU membership in June 2016 and the following Nov. election of President Donald Trump.

These two major events were thought of as unthinkable eventualities, and upon their realisation, shocked even the most conservative onlooker. It even, to a certain extent, surprised those who led the spearhead for Brexit or the “Vote Trump” movement.

In some ways, both events unleashed a great tempest of populist, xenophobic and communitarian confidence, unbridled by the norms of decency which has swept throughout the two continents. It was a political furore, whose views were buttressed by a series of tragic terrorist bombings in Europe as well as the arrival of millions of migrants and refugees. The influx of people arriving at European borders came from Syria, Iraq and other war-torn areas peppered throughout the Maghreb, the Mashreq, the fertile Crescent and some Central African states.

An on-going civil war between Bashar al-Assad and the Islamic State – where the former’s victory over ISIS is more or less assured thanks to Russian assistance and Iraqi victories in Mosul and elsewhere – has also illustrated the West’s malaise, impatience and disinterest towards the region. At the same time, the war continues to feed Europe’s crisis. To add to the political long-island ice tea, an ever more assertive and authoritarian Erdogan took the helm of a more conservative Turkey. His sabre-rattling throughout Europe on a quest to seek domestic support for a potential undemocratic constitutional change at home, proved to be an additional irregularity which was too much for Western decision-makers to stomach.

The speed of these developments has weakened the foundations of the EU and has raised serious questions within the American electorate as to how a once thought of impossibility became a reality.  Not to mention the role and effect of – what is being dubbed as – “fake news,” which has been a tool used by multiple and opposing sides to gain either political expediency or worse, to spread disinformation. Importantly, the pessimists would say that Europe and the US are finally paying for their inegalitarian foreign and economic policies. Consequently, the chickens have finally come home to roost. These critics may be right.

However, viewing these events in the proper context helps to accurately identify, at least some, important developments that could act as a beacon for comparison. Thus, a return to the Ukrainian Conflict as a lens through which to view today’s tumultuous political arena. Though the conflict may seem to be an unimportant variable of change, the political, regional and international dynamics surrounding it mark a change in western strategy – the consequences of which are still seen today.

Some critical differences between the events pertaining to two years ago and today are of notable importance. In 2015, the US under the Obama administration, seemed poised to maintain a ‘red-line’ approach towards the Russian invasion of Crimea. Speaking at the UN in 2014, Obama had compared the danger of Russia with the danger posed by ISIS and Ebola, a clear call to its allies in Europe, that the US would not accept any further expansion of Russia’s hybrid tactics. The 2014 NATO declaration in Wales echoed Obama’s words and further strengthened NATO’s article V Commitment. The NATO declaration was a Cold War-esque rallying cry rarely uttered by its member states, who have been trying to substantiate the organisations’ existence with a more political mandate for decades. The EU, although politically divided on how to deal with Russia, saw the Minsk II talks as the only politically acceptable approach towards the crisis, leaving NATO to do the heavy lifting: which it has been doing throughout the course of the crisis.

In general, the mood, albeit of a serious nature, seemed to minimise the ambit for Russian actions to take place. A small victory territorially for Russia, it did not however break the transatlantic alliance, nor did Ukraine seem to fall back into its domain. If anything, Ukraine continues to follow a path of cultural homogenisation, as Poland did after World War two; where many ethnic Russians have been either repatriated or continue to wage a guerrilla war against Ukrainian forces. In either case, firstly, Ukraine has become far more ‘national’ then in the entirety of its history, forever making Moscow a secondary influence. Secondly, even though the NATO and EU relationship seemed strained, it still seemed to have the capacity to act as a unifying force and was hoped to continue buttressing the Ukrainian government with support.

After Brexit and Donald Trump, much of this post-conflict ‘stability’ seems to have evaporated. Let us begin with Donald Trump. His presidency seems more focused to fight its internal corner then to pick up any cues left by the Obama presidency. One could almost see a proverbial ‘table-flip’ occurring, whereas Obama ignored internal pressures (which costed the democrats dearly), Trump seeks to constantly want “everyone to love him” and believes that this will be a means to an end. Not exactly the material required to meet Putin on a negotiating table (could be the main reason why he hasn’t made a state-visit to Russia yet).

Brexit was the axe that slipped from is sheath and unleashed a political storm that has forced EU states to focus inwards. This disallows giving EU institutions the necessary competences to deal with newer and less obvious hybrid threats, where a community response is required. Not to mention the question of how the EU will stabilise after Theresa May’s botched gamble for snap-elections.  A parliament that once could have necessitated a constant passing of local laws to reverse the EU acquis, the elections have given her now a ‘hung-parliament’ instead. It makes sure that law-making will be done at a snail’s pace. The author does not believe that Britain can negotiate itself out without increasing its allotted time for withdrawal. Moreover, it is politically unacceptable for the EU, with EU parliament and commission elections looming so close after Britain’s supposed ‘bon voyage’, to allow for such an extension.

These developments play into Russia’s hands, and allow it to continue its operations in Syria and quite possibly, in Ukraine. It is not the idea for the author to talk of a possible confrontation, but the EU and the US are almost being crucified by internal bickering that has blinded their ability to look ahead. But the pieces are in play and now it’s Russia’s move.

From the Scent of Jasmine to the Smell of Sulfur: The...

23. May 2021
© Polemics - Magazine of the Diplomatic Academy of Vienna
MORE STORIES