Home International Affairs Who Trumped Whom? Making Sense of the US Midterm Elections 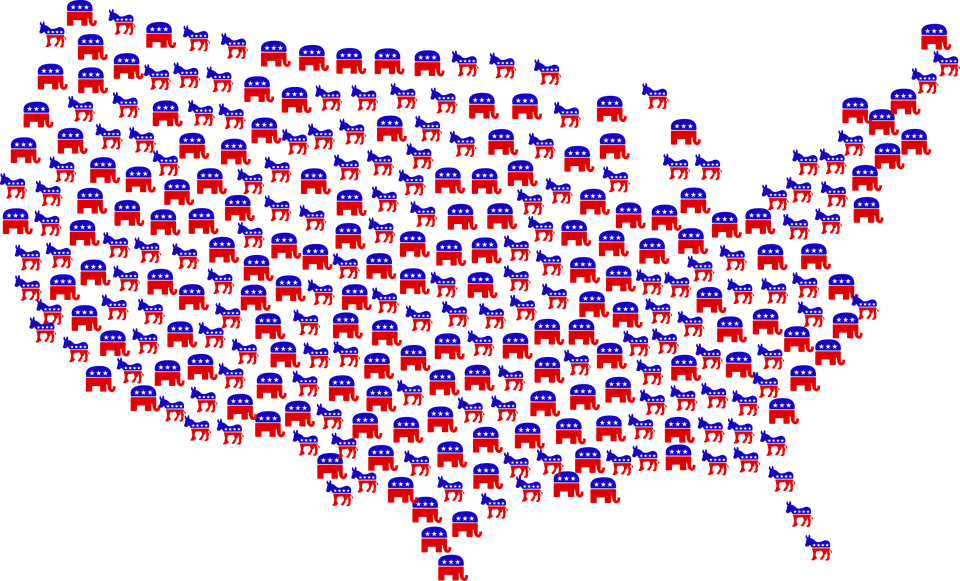 The US midterm elections resulted in a split Congress, with the Democrats taking control of the House and the Republicans defending the Senate. Despite calls for bipartisanship from both sides , experts agree that there are no signs of compromise to come.

While the results confirmed pundits’ predictions for Congress, the so-called “blue wave” failed to materialize. Although the Democrats won a majority in the House, they underperformed in the Senate, where the Republicans increased their majority. Moreover, the Republican Party won two gubernatorial races that caught the nation’s attention: in Georgia, Republican Brian Kemp narrowly eked out Stacey Abrams who would have become America’s first female African-American governor. In Florida, a mere 30,000 votes (as it stands before the start of a mandatory recount) kept Democrat Andrew Gillum from becoming the state’s first African-American governor.

At the state level, Democrats were successful in flipping seven governorships, among them Kansas, where President Trump had won by more than 10 percentage points in 2016. The Democratic Party also claimed many “firsts,” as Colorado’s Jared Polis was elected to become the country’s first openly gay governor, and the first Muslim Congresswoman ever elected will represent Michigan and Minnesota. Moreover, Democrats underlined their growing hegemony in urban areas and could boast of notable gains in contested suburbs across Oklahoma and Texas. Winning the majority in the House was no small feat either, considering the electoral map generally tips in favor of Republicans as a result of extensive gerrymandering. A record voter turnout that saw more than 100 million Americans participate in the midterms for the first time in US history made it possible for the Democrats to secure a majority in the House.

The implications of “one of the most important elections in the country’s history,” as Francis Fukuyama, Director of the Center for Democracy, Development and the Rule of Law at Stanford University, calls the midterms, could be far-reaching.

An all-out Republican victory would have been “very damaging to American institutions,” Fukuyama said. Trump “poses a more severe threat than any president in my lifetime because of his willingness to undermine the courts, the FBI, the Justice Department, the media and so forth.”

After the elections, Trump regarded the results as “very close to complete victory” at a White House press conference, and, as Fukuyama predicted in an interview with POLEMICS, he fired Attorney General Jeff Sessions. In an unprecedented move, Trump subsequently disregarded protocol and did not appoint Sessions’ deputy Rod Rosenstein, who has overseen the Russia investigations after the former Alabama Senator recused himself, as a temporary replacement. Instead, Sessions’ Chief of Staff Matthew Whittaker, a known critic of the Russia investigations, was appointed. Democratic Sen. Richard Blumenthal of Connecticut called this move an attack on American democracy.

Whether the President will, as Fukuyama predicted would happen in the event of a Republican victory, also fire Special Counsel Robert Mueller and stop the Russia investigations remains questionable. If this were to happen, it seems certain that the Democrats would use their chairmanships in the House, which they assume in January, to subpoena evidence and to continue the investigations. When Trump was asked what he would do if the Democrats were to investigate him and subpoena his tax returns, he answered that he would regard this as a “war-like posture.” This comment lends support to claims that, despite a split Congress, Trump will not change his confrontational leadership style, something which both Fukuyama and David Demarest, former White House Director of Communications during the administration of President George Bush, Sr., stated.

Trump “loves going to these big rallies where all these fanatical supporters worship him,” Fukuyama explains. Adopting a more presidential and conciliatory tone would make “these people quite unhappy, so I really doubt that he is going to change.”

Meanwhile, calls for more bipartisanship by both President Trump and the Democratic Minority Leader Nancy Pelosi, expected to become the next Speaker of the House, seem hollow. Stanford law professor Nathaniel Persily noted that there is “no evidence of bipartisan compromise on the horizon.”

In the wake of the midterm elections, the results and lessons learned could influence the next major political showdown: the 2020 presidential elections.  According to an exit poll by CNN, voters regarded America’s booming economy as the third most important issue – behind health care and immigration – in the midterms, with nearly half the voters stating that their financial situation is the same as it was two years ago.

The US has witnessed the “most spectacular rise in income inequality” over the last 50 years, David Grusky, a sociologist at Stanford, said. Benefits of economic growth have been limited to the upper-class, while the middle- and lower-classes have been confronted with stagnant real wages since the 1970s. Grusky expressed that changes in the economy will have to be made and did not rule out a Marxist-like revolution in the US should the current trends continue.

Looking forward to 2020, primary campaigning will start in a matter of months. Demarest and Fukuyama suggest senators Elizabeth Warren of Massachusetts, Cory Booker of New Jersey, and Kamala Harris of California, as well as former Vice President Joe Biden as potential candidates for the Democratic Party. Demarest, a Republican Party insider, expects Trump to be challenged in the GOP primaries and sees John Kasich, who was “the last man standing” against Trump in the 2016 primaries, and who will step down as governor of Ohio in January, as a likely candidate. In a panel discussion at Stanford shortly after the midterms, Persily raised the possibility that Trump “decides late that he has had enough of it, declares victory, and does not run for re-election.” While it is too early to confidently make predictions about the 2020 elections, American politics will certainly continue to capture the world’s attention in the coming years.