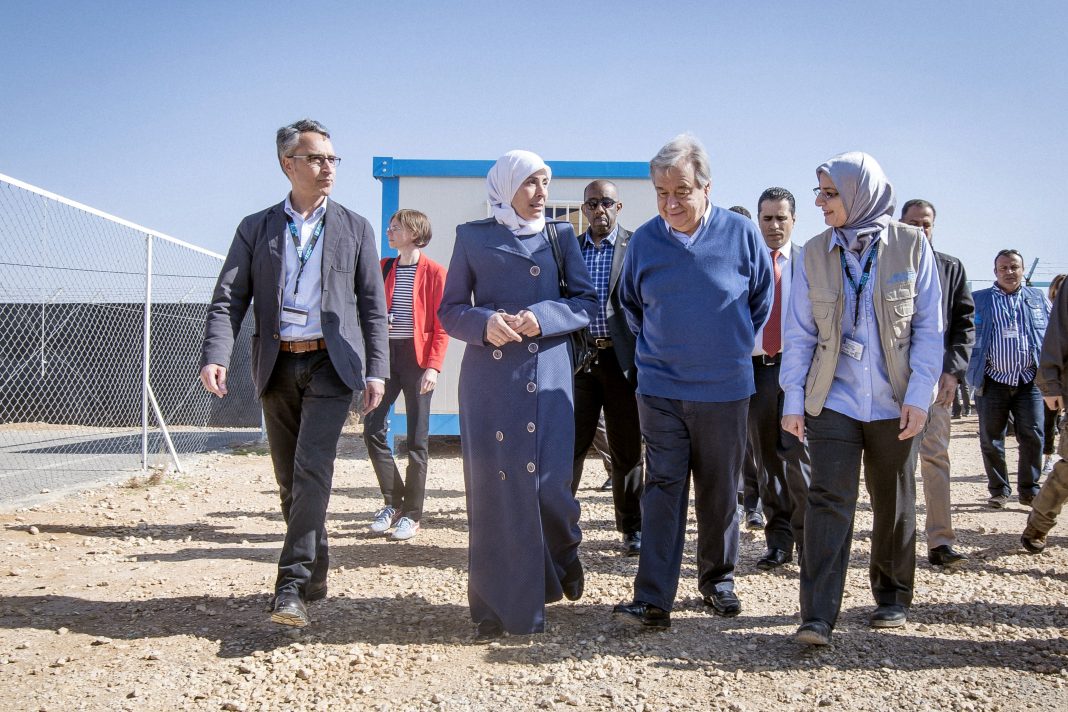 His popularity in previous roles as Prime Minister of Portugal and High Commissioner of the UNHCR generated high expectations for António Guterres’ appointment as UN Secretary-General in January 2017. One year later, celebrated commentators on UN affairs evaluate Guterres’ performance so far.

The UN faces a constant barrage for being a bureaucratic organisation, limited in its utility, and for moving without clear direction. At the same time, the system enables a distinct leadership figure in the role as Secretary-General. The reconciliation of these facts complicates the assessment of a Secretary-General’s performance, because each officeholder has interpreted their role differently. Indeed, the only hint of a job description comes from Article 97 of the UN Charter, which defines the role as “chief administrative officer of the organisation.”

This speaks to the internal dimensions of the Secretary-General´s work and António Guterres has positioned himself as a reformist in this regard. Among his proposed reforms he has prioritised achieving gender parity across the UN Staff; streamlining the UN Development System, under which currently a surplus of regional offices is draining the budget; and restructuring the UN Peacekeeping forces, especially in response to the accusations of sexual exploitation.

Richard Gowan, an associate fellow at the European Council of Foreign Relations, argues that Guterres has made “real progress on gender parity,” pointing out that “half of his top team are women.” However, Gowan considers it too early to tell whether proposed institutional reforms will bear fruit. Dulcie Leimbach, founder of the digital publication PassBlue, thinks that Guterres has been “vague” in terms of his commitments and vision. She laments that progress in gender parity is not reflected at the lower levels of UN Staff, and that “much remains flawed” within UN Peacekeeping, “including eliminating sex abuse and exploitation and professionalising the troops and leaders overall.”

While these proposed reforms are urgent, some believe reforms on an even grander scale are vital for the future of the UN. Dr Hans Köchler, president of the International Progress Organisation (IPO), worries that Guterres´ vision may be “selling administrative reforms as UN reforms.” In terms of lasting UN reforms, IPO has called for nothing less than a redistribution of power within the UN Security Council, as well as a revitalisation of the UN General Assembly. Nevertheless, Dr Köchler is cautiously optimistic after Guterres alluded to the necessity of both these reforms before a G-77 meeting held in January 2018.

In contrast to this internal role, the Secretary-General’s external role as an advocate and representative may provide a better opportunity to establish a sense of cohesion. However, there is a general consensus that Guterres thus far has been less vocal and visible than both of his two predecessors Ban-Ki Moon and Kofi Annan. Guterres has a more behind-the-scenes approach, and in Gowan’s opinion, he even “seems uncomfortable talking to reporters.” Dr Köchler believes that his lesser profile may be a result of his failure to be “creative” hitherto, as opposed to Annan, for example, who gathered the brightest minds of the world to tackle UN-mandated issues. Nevertheless, Dr Köchler also acknowledges that Guterres must be given time to prove himself.

The Secretary General also has the opportunity to cast the spotlight on pressing international issues. In his role as High Commissioner of UNHCR, Guterres successfully drew attention to the Mediterranean refugee crisis. However, the humanitarian crises befalling Yemen, Nigeria, Somalia and South Sudan have not garnered the coverage they perhaps deserved in 2017, which may be perceived as a lapse on Guterres´ part. On the other hand, Gowan notes Guterres´ recent tendency to “make strong public statements on issues, such as the Rohingya crisis.”

Then there is the issue of political delicacy. According to Leimbach, Guterres has a duty “to repeat what the UN stands for.” However, when faced with populist leaders such as Donald Trump, “he has not been vocal enough in countering [their] voices and actions.” One example was his delay in condemning the Trump administration’s initial immigration ban. Managing the relationship with the United States, the UN´s primary funder, has always been a make-or-break issue for every Secretary-General. The consequences of stepping out of line are well illustrated by the concerted US effort to prevent Boutros Boutros-Ghali from continuing into a second-term. In this regard, Gowan argues that Guterres´ “overwhelming priority this year has been to build a working relationship with the Trump administration”, through “quiet diplomacy” with US ambassador to the UN, Nikki Haley, who also has threatened significant funding cuts.

Whether Guterres´ approach is working is debatable. The US has recently announced funding cuts for UNRWA, and for many, Guterres is squandering the opportunity to take a more outspoken, moral approach, and become, so to speak, a novel counterpart to a novel US President. Dr Köchler believes that “it may be more difficult for him to emancipate himself from his former career”.  Considering his former role as Prime Minister of Portugal, he is perhaps more entangled in the political establishment than previous Secretary-Generals have been.

It is too soon to judge Guterres in a definitive sense, for this will ultimately depend on the outcome of his reforms and his response to the international challenges which continue to pile up. In terms of 2018, Dr Köchler believes the increasing bifurcation regarding the Middle East and especially the Israel/Palestine conflict could prove highly destabilising. He calls on the Secretary General to show courage and emphasise the relevance of peace agreements such as the Oslo Accords. Another danger on the horizon is the Korean Crisis and Gowan believes Guterres to be “profoundly worried about the US sleepwalking into a war with North Korea.” He must ensure the voice of the UN is not drowned out from the monitoring of this conflict.

The vision by which Antonio Guterres interprets his role as Secretary-General is slowly starting to emerge, although this will always be subject to contingent forces. Guterres, by all accounts an indefatigable worker, faces a growing to-do list and concurrently growing responsibilities.