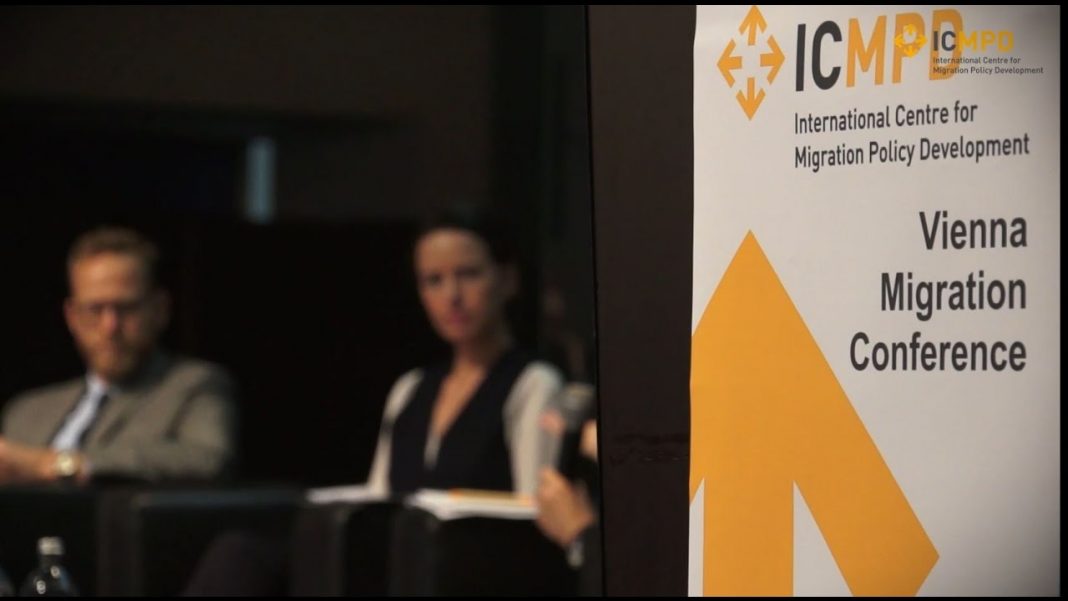 Migration is about people. The ICMPD’s motto was boldly displayed all over the venue, the beautiful Hofburg Palace, ready to welcome international dignitaries, politicians and international organisations alike to its annual migration conference.

The two papers in preparation for the conference dealt with both a step towards a new European foreign migration policy and a critical view of current international refugee protection. Though there was a clear inclination towards a European-centric discussion, efforts were made to particularly highlight the involvement of African and Middle Eastern countries and to promote intercontinental cooperation in the face of mass migration.

Having been officially opened by Austria’s foreign minister Sebastian Kurz, the day of panel discussions were introduced by Wolfgang Sobotka, the Home Secretary. However, the real nitty-gritty discussion was launched by the keynote speaker, Professor Paul Collier, from the University of Oxford, who certainly was not one to mince his words. He provided the audience with an uncomfortable, critical and challenging take on the current migration policy and its potential future direction. His scathing comments about the UNHCR, that they are all lawyers and historians and that we need to “move the decisions out of the courtroom and into the boardroom,” certainly made a few hairs stand on end, not least in the UN corner of the room. His distinction between two types of migrants – those who flee from persecution and those who flee from hopelessness – helped to frame the rest of the day’s discussion. However, he offered a platform of ideas as to how we might envisage a solution to the problems of migration. Collier called for a principally economic solution through improved partnerships between the public and private sector. An example he used was Jordan, where a large NGO-supported camp and a privately-funded industrial site have been able to work together to create jobs and generate income for both refugees and local Jordanians. We need to take the work to the people, he said, not the other way round. Finally, as he drew his speech to a close, he pinpointed the uncomfortable truth at the heart of the two types of migration: “real ugliness is nothing to do with migration; the real ugliness is massive global income inequality.”

After a short break to digest these poignant remarks, we entered the first panel discussion on the topic of international refugee protection and European responses, featuring six panelists from the Czech and Dutch governments, the European Commission, UNHCR and ECRE. From the point of view of the ministers, there was an overwhelming desire for, as Nils Coleman from the Dutch Ministry of Security and Justice put it, ‘flexible solidarity’. From the international organisations, there was a call for both enforced boundaries of the EU and diminished pressure on the asylum system. During question time, the Georgian ambassador was keen to deliver a political statement on Georgia’s commitment to EU values and to display its progress in terms of long-term solutions to the refugee crisis, though these were not specified.

The second panel debate was arguably a great deal livelier and moved from a European-centred view to a more international one, aided considerably by the participation of H.E. Oluwale Maiyegun, Director of the Social Affairs Department of the African Union Commission and Mr Gibril Faal OBE, Director of the African-Europe Diaspora Development Platform. There was a lot of frustration all round. From the point of view of former EU commissioner Leonello Gabrici, policies are created all the time but are simply not ratified by member states; and African nations feel left in the lurch, despite the fact that most migration worldwide occurs in Africa. There was also a degree of disagreement, with Gabrici confidently stating that “we know what we should do but we cannot do it without a common European position;” yet, on the other side of panel we heard, “I am far more interested in practice than policy,” from Mr Faal. “I’ve given up on the possibility of policy coherence.” The tension between a top-down and bottom-up plan of action was unfortunately never tackled, but this debate succeeded in getting the audience to think practically, away from abstract policies and strategies. As Mr Maiyegun said bluntly, “we don’t want our young people buried in the cemetery of Lampedusa.”

Needless to say, the conclusions of the conference, delivered by the ICMPD were short and to the point. Overwhelmingly, there was a clear desire for practical action and not merely theoretical musing, as well as a realistic glance towards the potential for private firms to get involved and inject some well-needed capital into migration solutions. As Mr Faal from the second panel put it, “there is nothing evil about wanting to improve one’s life,” which once again highlighted the pleas of ordinary people trying to achieve ordinary aims and reminded us that yes, migration really is just about people.