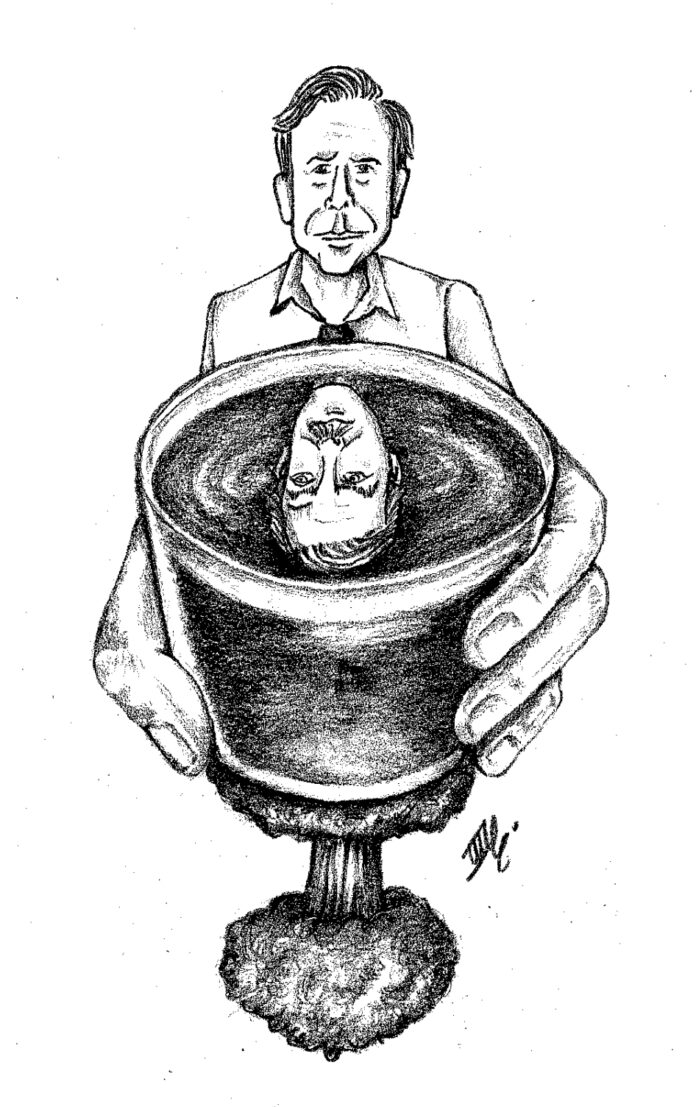 Antony J. Blinken may very well be the most informed, advised and consulted bureaucrat in the world. Apart from outside influences and conscious deliberations, he, like every individual, also dreams. His preoccupations, fears, desires, experiences and suppressed emotions unveiled in dreams may serve to him as unconscious advisors. Given that the present domestic situation, the structural position of the U.S in the international system and the challenges it faces are reminiscent of the ones UK faced prior to the Second World War, I argue that one would probably not be surprised to hear that Sir Anthony Eden, British Foreign Secretary from 1935 to 1938 and Prime Minister from 1955 to 1957, frequently inhabits those dreams. In the spirit of such an expectation, this piece proceeds to imagine what the contents of such a dream might look like and, more precisely, what they can unveil about the current foreign policy deliberations of Secretary Blinken.

The U.S. State department, office of the U.S Secretary of State, about 100 days into the Biden administration. On a late afternoon Antony Blinken dozes off in his office arm chair, Pink Floyd is on shuffle providing background noise

“It seems you inherited a fault line ready to quake. Everything is not quiet on the Eastern front…”  Eden exhales sharply, as he makes himself comfortable on the sofa of the freshly re-furnished office, glass of Scotch in hand.

“Far from it!” fires Blinken, hesitating a bit and then adding “Not in the west either…but by front you mean Donbas specifically?” as he hunches forward on the chair behind his wooden desk.

“Surely, Ukraine, but that’s a singular matter. I was hinting at the Putin-Xi axis more broadly…the “modern authoritarians” as you call them…”, Eden mumbles inaudibly while adding an ice cube to his Scotch, then continues “Yes, Ukraine is vital. The annexation of Crimea reminds me of Sudetenland and Abyssinia…”

“…Some even compare it to the Anschluss…” Blinken quietly to himself.

Eden, ignoring him, “It reflects Abyssinia in the way your government attempts to provide a multilateral solution to the problem by sanctioning Putin. It resembles Sudetenland in how the Donbass region is being targeted and how Crimea was annexed…And the Anschluss…perhaps from within…I thought Belarus would fall sooner,”, glances at Blinken “The gravest of all mistakes would be to recognize the act of annexation under any circumstance” pointing his finger at him, clearing his throat,  “Some say you already have and… and you know what they also say… L´appetit vient en mangeant… and may I add… it is not only the appetite of those who eat that grows, but also the hungry, who watch them eat”.

“Neither the U.S nor our allies have recognized or will recognize the illegal annexation of Crimea. Nor will we cease to call for the resolution of the conflict in the Donbas region,” responds Blinken calmly, asserting his stance with one hand. “My trip to Kiev a few days ago was a sign of reassurance to Ukraine. A sign of our strong commitment to making sure that the Ukrainian people can defend themselves against Russian aggression. The threat, however, comes not only from outside, but also from within. As you put it, the corruption and lack of governance may lead to weakening and ultimately to…you know what…”

“One at a time, shall we.” Blinken, considerably less restful, both hands in gesturing. “The U.S has been very assertive when it comes to Ukraine. In addition to sanctions, which have proven to be more effective than popular, we have been supplying Ukrainians with lethal weapon assistance as well as striving to free Ukraine from the grips of Russian dependency through financial aid. Let me put it this way: Putin is well aware that the Biden administration is committed to the safety of Ukraine.”

“Is he really?!” questions Eden, leaning forward on the sofa. “My worries are precisely the interpretation your adversaries have of your intentions,” continuing with a softer touch  “In the way they see you, Tony, in the way they see President Biden, in the way they see American power.” He stands up, walks to the bookshelf and glances through the window of the Truman Building. “Let me remind you that after Chamberlain visited Mussolini in Rome on January 11th, 1939 — I was out of the office by then, Halifax was keen to accompany him — Ciano noted in his diary that the British clearly do not intend to fight any future war and Mussolini told his ragazzi that these men are not made of the same stuff as those who created the empire,” looking back at Blinken “Is this administration made of men who lead like Wilson and dispose with power like Truman?”

Blinken, aware of his foreign policy track record, without hesitation “I am!, adding “however, I cannot speak for the president,” followed up by “Chairman Xi and President Putin may be asked the same question: are they, and are they willing?”

“Putin has already shown you his hand with his assertive return to Stalin, As for Xi…the Chinese empire has not been made yet…it is in the making…it is the hungry one.” Eden, leaning on the windowsill, “Listen, Tony, to appease…”

“…to appease, one needs to be in a position of strength, not weakness, of willingness, not reluctance” Blinken continues his thought, as this clearly is not his first time hearing about the lessons of Munich from Eden. “It´s exactly what we told the Chinese in Anchorage…”

Blinken considerably less focused “Americans are tired of involvement in endless conflict in the other parts of the world, in…”

“…in countries far away, among people of whom you know nothing?!” Eden finishing Blinken´s sentence as if he had heard it before as well.

“Suggestions?!… Anthony?… I refuse to follow blindly and see Suez!” shouts Blinken at a disappearing image of Eden as he is slowly wakes up.

The imagined dream offers us at least two possible interpretations. Antony Blinken is chased by the omnipresent voices of U.S anti-appeasers  (conservative as well as liberal politicians and academics), to whom Anthony Eden, as the historical “anti-appeaser”, provides a symbolic anchor. Ted Cruz, Bob Mendez, Kevin Cramer, Rand Paul and other Munich lesson proponents channel one message to Blinken: “No appeasement” – which Blinken seems to have been following so far.

However, a second, more critical interpretation would challenge the assertion that Blinken sees appeasement necessarily as a doomsday policy. Ultimately, he realizes it was precisely the anti-appeasement of Nasser that brought Eden to Suez, a symbol of British hegemonical forfeit. Therefore we see Blinken unequivocally split on the matter of strictly following anti-appeasement, demanding not only advice but guidance from Eden. Perhaps it is not Eden, to whom Blinken should turn to for such mentoring. Critical inquiries into the questions of appeasement, such as those by Paul Sharp or Stephen Rock, suggest that diplomats should not be outright discouraged from appeasing the Other. It is exactly the disposition to appease the modus vivendi of others that enables the de-escalation of conflict and, possibly, peaceful cohabitation within sustainable diplomacy. Ruling out this possibility from the start might bring the new Biden administration to where they least want to be – deserted at Suez.