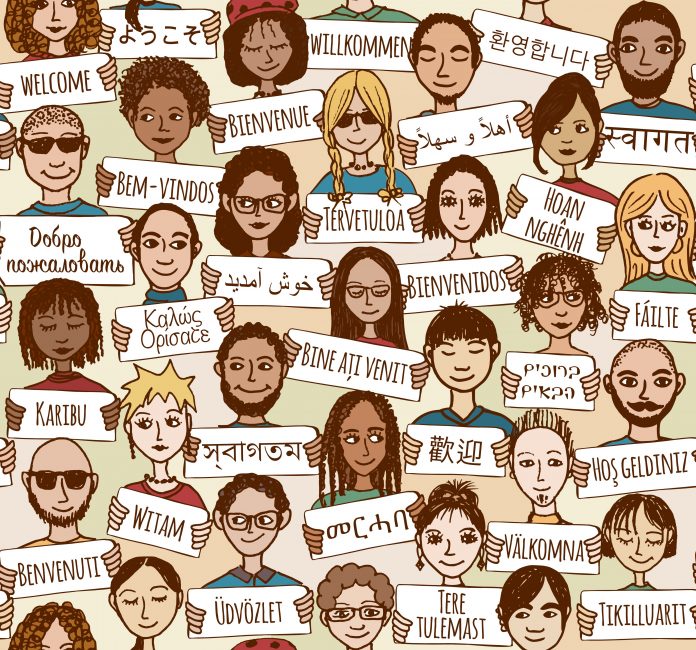 The 450 members of the Ukrainian Parliament decided by majority vote to introduce a new law regarding education policy. As of 2018, this law establishes Ukrainian as the sole nationwide language of secondary education. The government’s justification for this measure: facilitating integration of non-Ukrainian speaking ethnic groups.

However, old-established minorities see the new law as an unconstitutional intervention into their rights. According to Article 11 of the current Ukrainian constitution, the state has to be “instrumental to the development of national minorities.” Including Crimea, around eight million Russians live in Ukraine, as well as  150,000 Hungarians, Poles and Romanians each.

The new educational law tries to disguise discrimination as facilitated integration. Giving a chance in society to those who have never spoken Ukrainian before would mean teaching Ukrainian as a second language. “We are willing to integrate but until today the government doesn’t allow us to use school books that teach Ukrainian in our native tongue”, states Pater Eugene, head-master of a Hungarian secondary educational institution in Transcarpathia, the westernmost district of Ukraine. “We are afraid of the new law because soon our pupils will not be able to follow lectures anymore as most of them have never spoken Ukrainian before.” The long-term result is the emigration of those who are left without a chance in their own country.

Ildikó Orosz, rector of a Hungarian-funded college in Transcarpathia, sees the development with anguish: “A country not capable of ensuring education and job chances expels its citizens.” The most recent political developments might lead to the closure of the tertiary educational institution in its current form; the peaceful co-existence of ethnic groups is threatened due to a policy of centralisation, not giving an ear to the voices of thousands. Already after the Ukrainian parliament decided on implementing a softer version of the educational law this summer,  64,000 signatures of protest were handed in to the parliament in Kiev, as Rector Orosz reports. However, “there was no reaction to it.”

Tendencies of centralisation often start with good intentions but result in devastating divisions or even bloodshed. Implementing laws discriminating against a significant part of a country’s population cannot lead to stability. Therefore we have to ask ourselves: what is the cost of a mono-ethnic state and why do we want to establish one?

Europe’s strength is diversity, be it ethnic, religious, or linguistic. If we want to maintain a Europe of pluralism, we have to condemn actions against minorities within the European Union and in its vicinity more sharply than we have done so far.

Pluralism is based on respect towards each other. Mono-ethnic states denying the cohabitation with its indigenous minorities cannot assure a stable future. On the contrary, an increase in diversity and dialogue will lead to mutual understanding, political stability, peace and economic welfare. Ukraine must integrate her peoples into her society but she cannot place them between the decision to assimilate or emigrate. Multilingual countries as Finland or Switzerland have proven to function well. The task of governments is not to antagonise but to create harmony among those who live there, especially in a land of such cultural diversity as Ukraine.

Europe now has the opportunity to prevent the deterioration of the situation of minor ethnic groups in Ukraine. In order to achieve this, more consciousness about the importance of multiculturalism is needed throughout the whole continent – from Scotland to Northern Epirus, from Lapland to Catalonia. While voices against deaf centralist governments are shouting ever louder, Brussels is aiming towards what is the nightmare of the unheard: imposing the interest of the many above the few.

Indeed it seems the principle of democracy is forcing the majority’s will over the minority. However, discrimination can never be part of democracy’s framework. No group can be excluded from their human rights and all citizens are equal. Having said that, the development in Ukraine has proven to defy the principles Europe has fought for for so long and their actions were not condemned strongly enough by Europe’s most developed countries.

My Europe is a Europe of careful listening, of freedom of speech, of diversification. It is a Europe of tolerance, acceptance and a culture of welcome. Oppression of the few should be decisively condemned and living together with others should be intensely supported. Only by manifesting our pluralistic society and sticking to our common values can we secure freedom for our people, become politically stable and, eventually, shine as a beacon to other countries.