Home Opinion It’s Time For Us To Part Our Ways 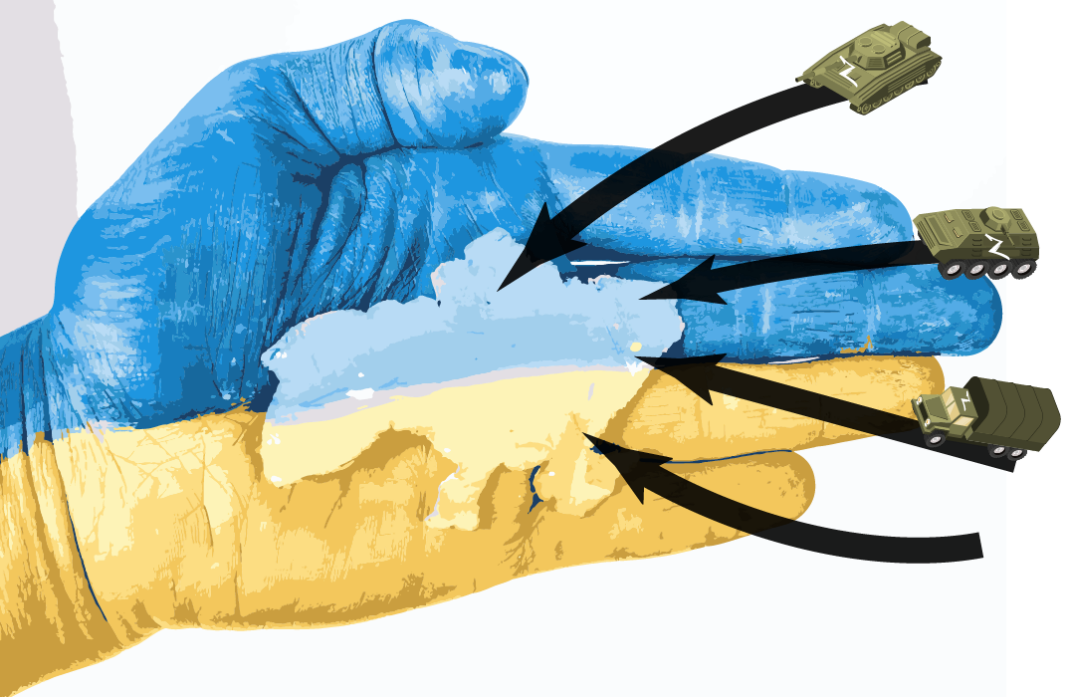 “For [the last] 8 years in Donbas, instead of building the showcase of the Russian world, they came up with this sanctuary of shit,” war criminal, Russian ex-FSB agent and once organizer of militant separatist groups in Donbas Igor Girkin says. “They made it so that people there actually live worse than Russians, and much worse than Ukrainians. Is that supposed to be like, what? Advertisement?”

You too, probably, during the last 100 days, asked yourselves questions: for what were all the deaths in the last 100 days? The millions displaced, traumatized, heartbroken, lost in a blackout of life – what were they for? What is Russia trying to achieve in Ukraine? Why does Russia need so much land? What does Russia want?

First, when the special military operation was announced at 4 in the morning, Russian President Vladimir Putin claimed the objective was to “de- Nazify” and “demilitarize” Ukraine. Then the spokeswoman for the Ministry of Foreign Affairs, Maria Zakharova, a few days later voiced that the objective was to protect the people of Donbas – she meant those very people who were made to live worse than Russians, and much worse than Ukrainians. On the very same day, however, a slight confusion happened: Sergei Lavrov, the Russian Foreign Minister, said that the objective of the special military operation was to actually let Ukrainians choose their own faith – implying that people in Russia choose their own faith more freely than in Ukraine.

Then, another few days later, the Minister of Defense Sergei Shoigu suddenly avouched and said that the main objective was to mitigate the threat of the West – consolidated in Ukraine and targeted against Russia. Then, two days later, Sergei Lavrov again unveiled the new secret: “the special military operation aims to end all wars on Ukrainian soil, once and for all.” Then, around a week later and out of the blue, Maria Zakharova stated that the objective was to protect the people in Donbas and to crack down on NATO threatening Russia from Ukrainian soil. Then, a week later, the full circle was made: Vladimir Putin announced that the primary objective was to stop the genocide.

But it wasn’t over. Suddenly, at the end of March, the rhetoric changed completely: as it turns out, the heart of the special military operation all along was the humanitarian mission to the people of Donbas — “demilitarization” and “denazification” vanished as if they never existed in the first place. And all of this kept on and on until the end of April. At that point, Sergei Lavrov stated that the objective of the military operation was to end the uncontrollably expanding reign of the United States and to end the domination of “Western culture” – whatever that means. In other words, it is as if Russia is declaring a war against civilization: even a brief encounter with Russian TV may result in psychological trauma and intoxication. One day propagandists threaten to destroy the United States and Europe in nuclear fire; the next day they threaten to abduct a NATO officer and torture him. If you don’t know Russian – you’re missing out on stories about Russia being practically surrounded by enemies.

Perhaps all of this sounds quite confusing, but you see, even some Ukrainians, including President Zelenskyy himself at some point began to wonder what it is the Russians want from us. It is almost as if Russians themselves have no idea what it is they are fighting and dying for in Ukraine.

So why did Russia start this war?

Russia is the largest country in the world, but despite its enormous size, its origin still lies outside its borders. Vladimir Putin, who has practically embedded himself into the presidential seat, once said: “Kyiv is the heart of the Russian cities”. He, like many Russian politicians, always had a special place in his heart for Ukraine – which he himself openly sees as the mother of the Russian state. Ukraine, in other words, is the Russian holy grail – and the inability to have Ukraine hurts so much that it forced Russia to rewrite history books again, except this time they removed (!) mentions of Kievan Rus’ and Kyiv entirely!

At the core of Russia lies autocracy, and in totalitarian and autocratic regimes, decisions – rational or not – often reflect the personal fears, struggles, and insecurities of the ruling elite, sometimes of their people, too. Let’s make it personal, then. If Kyiv is the mother, then Vladimir Putin, logically speaking, is her son. Children, as they grow up, need to realize that they are to become their own separate entities and identities; that they need to find and build an identity of their own. They need to contemplate and create – to discover and craft who they really are.

United States doesn’t need the United Kingdom to be the United States – but Russia, it seems, has no idea how to proceed any further without Ukraine; and Russia is willing to die for Ukraine, too.

Ukraine, perhaps, wouldn’t mind being together with Russia theoretically – but not on Russian terms. And definitely not now.

Until the children are finally ready to separate themselves from their own parents, embrace who they are and seek faith of their own – all for the purpose of creating, contemplating, and discovering life – they will rewrite history books, scream at their parents – and even threaten them with nuclear weapons.

The irony is that the more you threaten, the less you’ll be able to achieve. You can’t buy freedom; you can’t force yourself or others to be free – to be free you need to finally let go. Freedom is a state of mind – not what you achieve by force. Ukraine, looking into the future, took a giant leap of faith and stepped into the unknown consciously. Results may vary and are never guaranteed, but this is the choice of the free, of those who’ve separated, of those who aren’t afraid of what the future holds. Those who are afraid of the future, however, will be doomed to live in their past – as they have nowhere else to go.

Once you have reached a certain level of self- development, you will realize that you don’t need anyone else to feel complete. Until then, Russia.

P.S. “Peter the Great waged the Great Northern War for 21 years. It would seem that he was at war with Sweden, he took something from them. He did not take anything from them, he reclaimed [what was Russia’s]” (Vladimir Putin, 10.06.22)