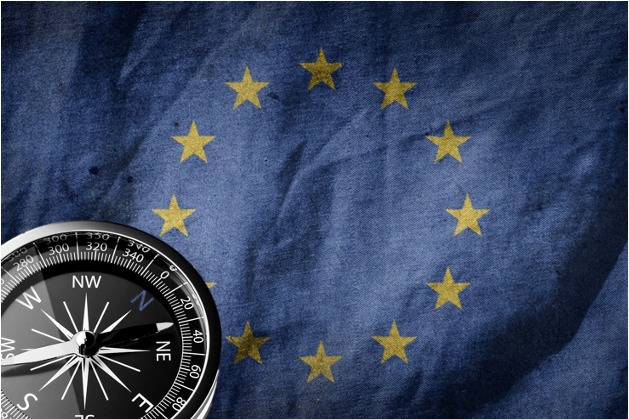 Emergence of a European security strategy

Almost eighteen years after the EU adopted its first security strategy (ESS), six years after its predecessor – the Global Strategy for the Foreign and Security Policy of the European Union (EUGS) – was endorsed, and after almost twenty years of working on a joint defense capacity, the Union is only beginning to realize the need to bolster its defense capabilities. This is why the recent release of the “Strategic Compass” could not have come at a better time. The new security strategy that includes an “ambitious plan of action for strengthening the EU’s security and defense policy by 2030” comes at a time when Europe finds itself in the greatest need of defense since the 1990s. The question remains about whether this security strategy differs from its predecessors and if Europe can now finally achieve strategic autonomy as well as protect its military, economic, technological and political independence. In order to answer this question, one has to take a deeper look at Europe’s past and present security landscape.

Europe’s security environment has changed dramatically over the course of the 21st century – new threats and crisis scenarios, including malign and hybrid threats, cyber threats, disinformation, terrorism, populism, climate change and a pandemic; all of which has given rise to a volatile security environment. Moreover, frozen and ongoing conflicts, such as those in the Middle East, the current Russian aggression against Ukraine and other post-Soviet nations, and long-standing instability in the Western Balkans, on top of a rising China, requires a vision that compels the EU to respond to these security challenges.

The latest outbreak of territorial war on Europe since the 1990s has not only left the EU in shock, but has also made Member States realize that, now more than ever, strategic autonomy and self-defense capability are indispensable goals. While it has not always been the case in the past in times of crisis, the Union is now marked by unprecedented unity. Yet, this momentum of unity might not last long– and indeed might already be over now. Debates over energy dependency, the delivery of heavy weapons to Ukraine, and Ukraine’s EU accession are slowly but surely driving a wedge between Member States.

As we have witnessed during the pandemic, the “rally-around-the-flag effect,” a political phenomenon describing short-lived unity and a spike in the leaders’ popularity in times of crises, has proven to be true. Putin could not be happier about this division in the EU, believing that the Union might once again miss its chance to make a quantum leap forward in its role as Europe’s security provider. In order to reform the EU’s security and defense policy and realize the goal of becoming a real security provider, the ultimate prerequisite is political will. However, despite all institutional progress that has already been achieved, the Union’s security and defense agenda is still largely driven by influential Member States and individuals behind the institutional framework. This became very clear with Germany’s changing foreign policy following the election of Chancellor Olaf Scholz – and it could have become even clearer if France’s Emmanuel Macron had not been re-elected as president.

Traditionally, sharing the same vision of a real European Security and Defense Union, France and Germany have been the driving forces behind European strategic autonomy in the areas of security and defense. Yet, there is a significant gap between vision and action. Thus, there is a need for serious political will, as dynamics of national politics shape the contours of the resulting European political agenda. This also holds true for the Common Security and Defense Policy: designed as an integral part of the Common Foreign and Security Policy, it remains largely intergovernmental and thus requires political will on the national level. While the Strategic Compass signals that the necessary political will is at least partially already there, some drawbacks remain. First, the Compass does not mention nuclear deterrence. Furthermore, the problem of collective action that has so far hindered attempts to pool defense efforts, remains unaddressed. Finally, there is no real operational defense headquarters – now referred to as “EU Military Planning and Conduct Capability” – as it was first conceptualized almost 20 years ago.

Nonetheless, there are many tangible arguments rebutting that the Strategic Compass is just another failed attempt. Many ask themselves why this time is different. In 2022, the European Union is at a turning point in its security and defense policy. The Russian aggression against Ukraine, a war in our European neighbourhood, has given EU leaders a wakeup call that the Union needed to be able to defend itself from potential aggressors. Coming exactly at the right time, the Strategic Compass creates a new level of ambition. The war certainly is driving the rethinking of national defense policies. Finland and Sweden are applying for NATO membership, Denmark’s June referendum decided to overturn their defense opt- out, and even Austria was shortly thinking about revisiting its neutrality. While solidarity in the EU appears to be stronger than ever, there is always the danger that cracks will appear. One can witness a changing paradigm of EU security and defense policy that drives Member States to join efforts. But now that the Strategic Compass has been adopted, the real work lies in ensuring that Member States follow through on their commitments. Only then will the EU prove that this is not just another failed effort to create a real European defense capability without having to overly rely on other partners.

Clearly, the shock of recent events in the EU’s Eastern neighbourhood has created a window of opportunity that the EU must seize. Security has reemerged as one of the most pressing concerns of today’s political debate. Political leaders have chosen to strengthen the unity of the free world and to promote the Western values of democracy, rule of law and human rights. They are prepared to defend these values against those who challenge them. Finally, there is a shift in national security and defense policy away from “my country first”- policies to one of regional alignment and solidarity. The protection of European citizens, societies and values is no longer the sole responsibility of individual Member States, but rather a Union-wide responsibility that requires joint action. If the EU’s commitment remains unwavering, the Strategic Compass could be a game-changer for European security and defense; otherwise, the Union risks it becoming an empty hull yet again. This is the time for the Union to prove that their joint vision for a European Security and Defense Union aligns with incremental steps towards action that makes this vision a reality.