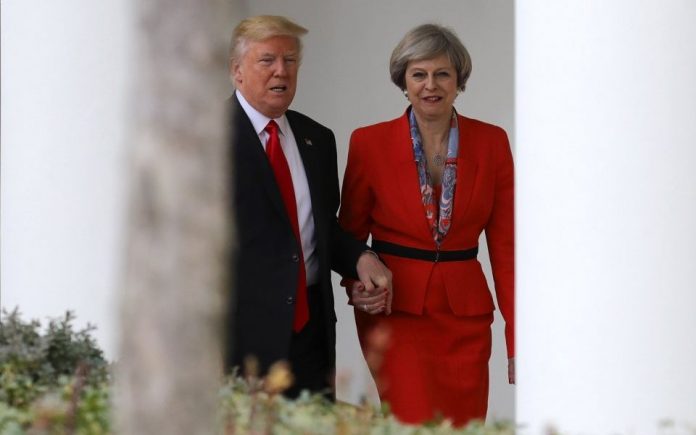 After the Brexit dust had settled, it looked as though Barack Obama’s prophetic warning that the UK “would be at the back of the queue” for any future trade negotiations would indeed ring true. But then, Donald Trump was elected.

And now, suddenly, Britons are squirming uncomfortably at the sight of Trump promising that the UK will be “treated fantastically” by his administration. Trump had of course described his own election victory, in his unique form of hyperbole, as a “Brexit, Plus, Plus, Plus”. Post-Brexit Britain, then, has been leveraged into a position of real strength with Trump at the helm in the United States.

Britain has emerged as one of the only nations with which Trump has spoken positively about forming a new trade agreement and strengthening an already well-established political relationship. This is much to the consternation of many panic-stricken EU leaders, who are busy organising lugubrious, futile emergency meetings to “deal with” Trump’s victory – as if they were unaware that there was an election taking place in the States at all…

The US market is vitally important to the British economy. Thus, at a time when TTIP is all but dead in the water, NAFTA in serious peril and TPP not part of the long-term American agenda, we should be delighted that our relationship with the US is still sufficiently “special” that the Anglophile President-elect, so famously thin-skinned and erratic, is willing to deal with us.

What’s more, let us not be mistaken: Trump holds a major key to our prosperity and security. To spurn him so publicly as Merkel did with her cold, “congratulatory” message to the President, in which she set out the moral conditions for future cooperation between Germany and the US, will do the EU no good whatsoever. In fact, such displays only serve to underline Europe’s obsession with political purity over political pragmatism in a changing world that demands the latter.

Furthermore, diminishing US attention to Europe over the coming years, as the US looks increasingly inwards, will highlight the importance of Britain’s role in ensuring continued European security. Indeed, we are almost unique in honouring our NATO defence spending commitments and, in Europe, our intelligence agencies and military are second to none.

It is seventy years since the “special relationship” term was coined by Sir Winston Churchill. Just as they were in 1946, people on both sides of the Pond are crying out for political stability. In this new social and political landscape, it is more important than ever for the world at large that the UK and the US remain close partners.

Inevitably, there will be bumps in the road – owing much to Trump’s capriciousness -, and at times it will be anything but pleasant. Nevertheless, as Conservative MP Sir Simon Burns recently lamented: “God help us, we’re going to have to deal with Trump, holding our noses, to make it work.” And, with no small dose of pragmatism and some inventive British diplomacy, there is absolutely no doubt that we will make it work.