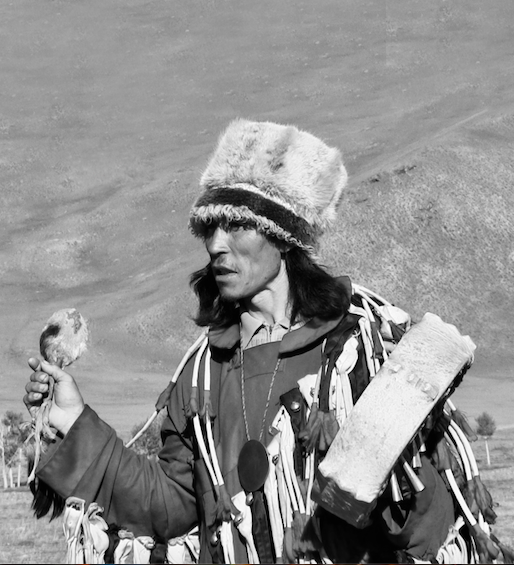 “New situations demand new magic” is not a phrase one would expect in the magazine of the Diplomatic Academy of Vienna. Yet Sir Evan-Pritchard’s famous study on witchcraft amongst the Sudanese Azande is relevant to current and future diplomats. His work on witchcraft, published in 1937, was the first anthropological study that, rather than dismissing magic as a deception from primitive ignorance, attempted to translate the ‘logic’ that lies behind this seemingly ‘illogical’ phenomenon. The anthropologist accomplished the diplomat’s task: facilitating a form of inter-comprehension capable of leading to dialogue and cooperation, whilst delegitimising ridicule and intellectual ostracism of the ‘other’. Most in the West, have come to accept the validity of this arduous task when it comes to understanding and interacting with the inoffensive leftovers of exotic societies, yet seem unwilling to do the same with the ‘irrational’ worldviews present within our own societies.

Nonetheless, magic seems to influence our world now more than ever. And whilst the spectre of a Weberian Entzauberung, or a ‘disenchanted modernity’, still haunts our academic paradigms, for others, demons and occult forces are shaping the world. These ideas are not only the ravings of a madman – a madman is, by definition, lone – they are tangible ideas inspiring masses around the world to gather in the streets of Mumbai, Washington, and Vienna. In this Western cosmology of the occult, the internet has become a mystic instrument, producing ‘fake news’. The internet controls the masses, fabricates votes, statistics, and magically alters world politics.

In former socialist states too, the opium of Marxism having evaporated, the occult is as strong as ever. In Russia, the Orthodox Church is a lynchpin of national identity, shamanism has made a portentous return in the East, and Western New-Age mysticism has found in Russians a most devout audience. In the winter of 2019, Aleksandr Gabyshev, a Yakut “Orthodox warrior shaman”, started walking towards Moscow to “exorcise the Kremlin and the whole of Russia from Putin the demon” at the sound of his shamanic drum. When Gabyshev was arrested and forcibly subjected to psychiatric care, the public outrage in Siberia was considerable. The mediatic response, in the Western and anti-Putin press, was sympathetic. The absurdity of Gabyshev’s actions was justified by reference to his exotic cultural milieu, and the irrationality inherent in the Russian autocracy that alienates the population and leaves magic as the only means of resistance. Demonic battles occurring in distant ‘irrational’ lands were portrayed as legitimate.

In the West, Jake Angeli’s horns and fur appearance, which quickly became the symbol of the US Capitol’s storming by Trump supporters on the 6th January, did not receive the same treatment. The mainstream media addressed his turbulent personal history and eclectic use of symbolism to subject Angeli to an utter reductio ad absurdum. He was deprived of legitimacy in the same way that Gabyshev was by Russian authorities: with the ridiculing label of ‘madman’. Biden’s inauguration speech used keywords such as “truth” and “rationality”, aimed at sweeping away what had happened as some sort of illogical fallacy. Yet the QAnon cosmology was widespread enough amongst a section of the American population to inspire a mass of protesters to irrupt into the Capitol. The rhetoric of magic and the occult demonstrated tangible power that moved thousands to gather across America. “Truth” was in this context an instrument, used to deprive a growing section of the American population of any form of legitimacy.

Magic is political because magic is a form of power. When Gabyshev or Angeli call themselves shamans, they claim to possess unique powers and knowledge. The denial of magic, too, is political: a form of political oppression. Magic mediates the concerns, emotions, and anxieties of millions around the world. The reality of these experiences deserves recognition. The demonic imagery employed by people like Angeli effectively captures the emotions felt by those that follow him. Images of “satanic paedophiles” represent a justified sense of wasted youth. “Demonic world leaders” reflect feelings of powerlessness amongst ordinary citizens, as well as the loss of one’s identity in a society that is depriving millions of a sense of being able to live a socially and economically fulfilling life.

Examples of how the occult may legitimately claim a place in the political realm abound. Recently, Pachamama (Mother Earth goddess) was enshrined in the Ecuadorian and Bolivian constitutions. Native communities in Peru have struggled to have mountains legally recognised as living individuals. For many years such claims were ridiculed by political elites as irrational and thus illegitimate. Therefore, they ignored an undeniable fact of native cosmology, that the economic exploitation of mountains is equivalent to the killing of an individual. Such differing rationalities were condemned to oppression by governments until their views were re-endowed with power by the rise of environmentalist movements, which were able to appropriate and translate them into “rational” policy. Still, this is not justice. The cognitive possibilities provided by different cosmologies will always exceed translations into the language of ‘rationality’.

Instead of seeing politics as a struggle between legitimate, rational rhetoric and a dangerous, irrational one, we should delve into the fabric of the irrational and discover what it reveals about the failings of our habitual rhetoric. We must not necessarily take the ‘QAnon shaman’ seriously, but we should not deny the evident poignancy of his demons. Let’s instead exorcise them together. Let’s try to understand others, rather than simply label them as irrational. The diplomat and the shaman have the same goal: to bridge different worldviews, to translate truths, and thus give voice and legitimacy to those who express themselves differently.