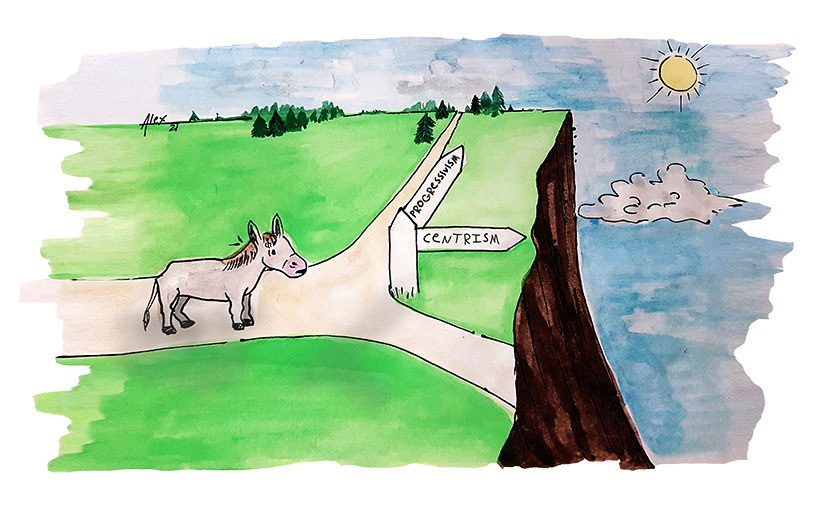 “If we are classifying Tuesday [November 4th’s US Election] as a success … we will get f—ing torn apart in 2022”, U.S. Representative Spanberger (D-VA) asserted during a caucus call among US House Democrats. She added that “[Democrats] need to not ever use the word ‘socialist’ or ‘socialism’ ever again”, attributing the troubling election results on her progressive colleagues’ politics. Yet, like most centrist views, Spanberger’s analysis was half-baked. If Democrats do not take bold action, they will be … ‘torn apart in 2022’. The path to survival is not, as Spanberger claims, to embrace the taboo of socialism. No matter what Democrats will propose, they will inevitably be called socialists and communists, as seen by the Republican portrayal of Joe Biden, a stalwart centrist.

Most critically, the Democrats’ weak performance carried over into down-ballot races, which would decide who controls each state’s legislature and ultimately the decennial redistricting of national house districts. The redrawing of these districts often falls along partisan lines, wherein the ruling party draws the districts to maximize the seats they control for the next decade. They fell just short in flipping the state senate in Minnesota and narrowly lost their majorities in New Hampshire, states that President Joe Biden carried by seven points. In total, Republicans control the legislative and executive offices of twenty-two states compared to the Democratic control of only fifteen states. The remaining thirteen states are split between Democratic and Republican control, with Republicans controlling eleven of the legislatures. Namely, the failure of the Democrats to succeed in 2020 has hamstrung their political chances for the next decade.

While the Democratic party has certainly suffered loss after loss during the last few decades, left-wing democratic candidates have seen an expansion of electoral fortunes. Organizations such as the Democratic Socialist of America (DSA) have made strides in pushing for progressive and left-wing candidates to win state legislative elections. From Colorado, Minnesota, Pennsylvania, and Rhode Island, DSA-endorsed candidates, along with card-carrying members, entered state legislatures intending to push for policies such as Medicare for All, the Green New Deal, and police reform. New York City’s DSA has been particularly successful in elevating its candidates to the state legislature, sending a slate of five of its members. The slate was known for its unapologetically left-wing platform of universal healthcare, a Green New Deal for New York, and several other redistributive programmes. NYC-DSA is now running a slate of six candidates for the upcoming New York City Council elections, all of whom share left-wing and progressive values. These types of slates will likely continue to proliferate as DSA chapters around the country continue to organize their own local and state slates while continuing to support progressive candidates in national elections.

The success of progressive candidates is not necessarily limited to the local and state levels, as left-leaning candidates continue to break into the national political scene. In Missouri’s 1st district, Cori Bush, a former Ferguson protest organizer and staunch progressive defeated 20-year Democratic incumbent Lacy Clay. This victory ended the joint 58-year tenure of Bill and Lacy Clay. The Clay dynasty’s defeat sent a shock through the Missouri political establishment, continuing a trend that began with Alexandria Ocasio-Cortez’ defeat of Queens party boss, and Congressional Democratic leader, Joe Crowley. While monumental, this victory was not effortless. Cori Bush ran against Lacy Clay during the 2018 election, where she lost handily 56-36. Bush built upon her loss, and in 2020 built a more extensive ground game, which allowed her to clinch the Democratic nomination for the predominantly blue district.

Unfortunately for some of the candidates, not all races against powerful centrist figures were successful. Jessica Cisnero’s challenge of Henry Cuellar was seen as an obvious move, as Cuellar, who represents a solidly Democratic district and often votes with Republicans, has been in the crosshairs of progressive political organizations and individuals. Cisnero’s campaign, like most grassroots progressive campaigns, leaned heavily on getting people who traditionally do not vote in primary elections to come out to vote. Her highly publicized challenge was ultimately unsuccessful, but it was quite close for a political outsider.

Cisneros was not able to stand against the colossal amounts of resources available to Cuellar’s team. He was able to muster a mountain of support from special interests, even somewhat surprisingly from Americans for Prosperity Action, a Super PAC funded by right-wing billionaire Charles Koch. Interestingly, Cuellar is the first Democrat that Americans for Prosperity Action endorsed. In addition to the plethora of dark money and special interest backers, Cuellar received significant support from House Speaker Nancy Pelosi and the Congressional Hispanic Caucus. Ultimately, this proved to be too large of a hurdle for Cisneros to overcome, even though she has garnered support from important stakeholders such as the Texas AFL-CIO, the Working Families Party, and national politicians such as Bernie Sanders, Elizabeth Warrens, and Alexandria Ocasio-Cortez.

In New York’s 16th Congressional district, a different story than that of Cisnero’s unfolded during the 2020 election. Elliot Engels, a 32-year incumbent, was defeated by Jamal Bowman, a middle school principal and member of the Hudson Valley Chapter of the Democratic Socialist of America. Engel’s defeat disturbed Democrats in safe Democratic districts, as he, like Joe Crowley, was in Democratic leadership. Particularly alarming was the margin with which Bowman defeated Engels. Engel’s loss of 55-40 to a political outsider was unthinkable for a 16-term incumbent who was able to breeze through virtually all of his previous primaries. Although taking a closer look at the previous primary election, one begins to see some exploitable faults in Engel’s base of support. During the 2018 primary, Engle’s voter turnout was 22,160 votes out of 30,078, a relatively low margin when one considers that the number of registered voters in the district is 205,000. Jamal Bowman was able to exploit this weakness by getting traditionally disenchanted voters to engage with the electoral system, allowing him to blow Elliot Engels out of the water.

Progressives have not only been able to overcome internal hurdles, but they have also been able to beat Republicans and maintain control in contested and previously Republican districts. For instance, on a state level, Rep. Lee Carter, a firebrand progressive, flipped a heavily Republican district in 2017, winning 54%, overturning the historical Republican margin of victory. He won a second term in 2019, further cementing his viability in a formerly Republican stronghold. Similarly, on the national stage, Katie Porter, another outspoken progressive, challenged a Republican incumbent in 2018. She ultimately won the election, successfully flipped a district that had been solidly Republican since its creation in 1983. Representative Porter has managed to expand her voter support in 2020, offering a rebuttal to Representative Spanberger’s baseless claim that progressivism was the source of the Democrats’ electoral problems.

Over the next two years, as the Democrats attempt to prevent their political Armageddon in the 2022 midterms, we could see the political newcomers, and political old-timers such as progressive Senator Markey, force the Democratic Party to make substantive change in line with progressive policies such as the Green New Deal or Medicare for All. In doing so, the progressive wing will prevent the Democratic Party from disappointing the millions of voters who said ‘enough is enough’ to Republican do-nothing-ism. Yet, while only time will tell whether Democrats will get “f—ing torn apart in 2022”, the responsibility lies in the hands of the centrist establishment: do they remove the constraints on progressives, or do they continue to build roadblocks for popular progressive policy?