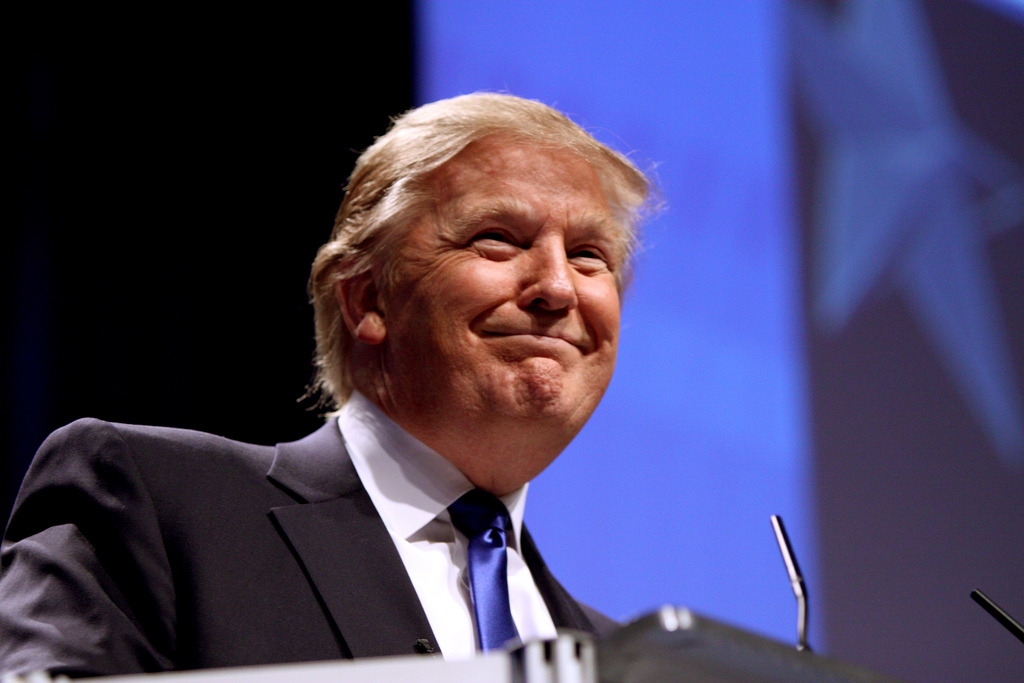 Donald Trump’s campaign claims that climate change is just another political ruse, spooked many environmentalists awaiting the new president’s climate policy with a distrustful eye. Though tempting to add an environmental apocalypse into a Trumpian world, a more tempered approach may serve us well. In reality, Trump’s promises to reverse Obama’s hand on climate policy and abandon the 2015 Paris Agreement, will be much more challenging than we (and President Trump) might assume.

A glance at public opinion polls reveals that support for climate action in the US is far from waning, as the Paris Agreement conti-nues to garner overwhelming support from voters.

Obama’s climate policy, exemplified by the Paris Agreement under the UN Frameowork Convention on Climate Change. Even amongst republicans that do not support Obama’s policies to reduce emissions, 68% still would like their state to develop a plan to combat climate change.

Climate policies have garnered enthusiasm not only from environmental groups, but also from hundreds of businesses and companies: 81 major U.S. corporations — including Google, Face-book, Apple, Coca Cola, Bloomberg, Hewlett Packard, microsoft, monsanto, Procter & Gamble, and General motors — have de-monstrated their support for action on climate change in the White House’s American Business Act. According to Forbes, 43% of Fortune 500 companies have already begun to incorporate climate change policies. For a business tycoon like Trump, it is difficult to imagine him turning his back on on his penthouse boys. Apart from surges in public opinion and business support, climate change has the potential to boost employment opportunities. The regional Green Gas Initiative (RGGI), a market-based pro-gram to reduce greenhouse gas emissions among nine states in the northeast, has shown that regional cooperation can lead to a less carbon-intensive electricity sector, as well as more jobs. In the first two and a half years, the RGGI contributed $17 million to the eco-nomy, $460 million in savings on energy bills and 14,100 new jobs. Climate change policies could generate one of the most important booms in the labour market in decades.

The Clean Power Plan (CPP), Obama´s project to reduce emissi-ons, actually reflects the Republican ideology in the sense that it avoids the introduction of a new disruptive carbon tax, and reduces the intervention of the State in the economy. Transferring resources between private entities is usually more attractive to GOP voters than transfers to and from the government, as in the case of a tax. By combining trading with a cost for emitting CO2, the CPP seeks the most efficient reduction projects within the market, delivering a lower cost outcome. For this reason, many large corporations have publically supported the CPP. In fact, former president Bush was the first to establish a cap-and-trade system to successfully curb acid rain. The CPP is a case in point that making America great again does not have to mean bidding adieu to the progress made on climate change—on the contrary, climate change action actually aligns with existent republican economic positions.

A trading system like the CPP offers both compliance and policy flexibility that is important for business and innovation. Increasing productivity through new techniques and technologies raises national income and increases growth. As technology is one of the major US exports, developing the tech industry will be key to Trumpian objectives. Moreover, the CPP will develop new technologies in the renewable energy field that could potentially reduce America’s dependence on foreign oil, and therefore commerce with countries that are considered American enemies (at least for many Trump voters), such as Venezuela and Iraq.

Improve relations with the Vatican and religious groups

A group of 100 influential evangelical leaders issued a public letter in 2015 contending there is a “moral obligation” to act on climate change. Even conservative churches are inviting climate scientists to speak to their congregants, and some are making environmentally oriented sustainable development work part of their international missionary work.

A trading system like the CPP offers both compliance and policy flexibility that is important or business and innovation. Increasing productivity through new techniques and technologies raises natio-nal income and increases growth. As technology is one of the major US exports, developing the tech industry will be key to Trumpian objectives. moreover, the CPP will develop new technologies in the renewable energy field that could potentially reduce America’s dependence on foreign oil, and therefore commerce with countries that are considered American enemies (at least for many Trump voters), such as Venezuela and Iraq.

Amongst national defense conservatives, climate change has long been a concern. Nearly a decade ago, senior retired military leaders issued a report describing climate change as a “threat multiplier” that promised to exacerbate existent security threats by causing
water shortages, damaging food production and forcing millions of people in already-unstable regions like South Asia to migrate. Since then, the Pentagon, scores of defense analysts, and Republican national security bigwigs, like former Reagan Administration Secretary of State, George Schultz, have come around to this line of thinking.

All in all, Trump will uphold Obama climate action policies to establish a quantifiable, legally enforceable limit on emissions that can ensure meeting essential climate change targets at the lowest possible cost. His policies will be oriented to provide the private sector with the highest flexibility required to reduce emissions while stimulating technological innovation and economic growth.
So, let’s not fret — if Trump is to act on his own, and his party’s interests, an environmental apocalypse will not be in the works.