Home Technology & Environment Climate Change Adaptation: Why Private Funding is needed and how to encourage... 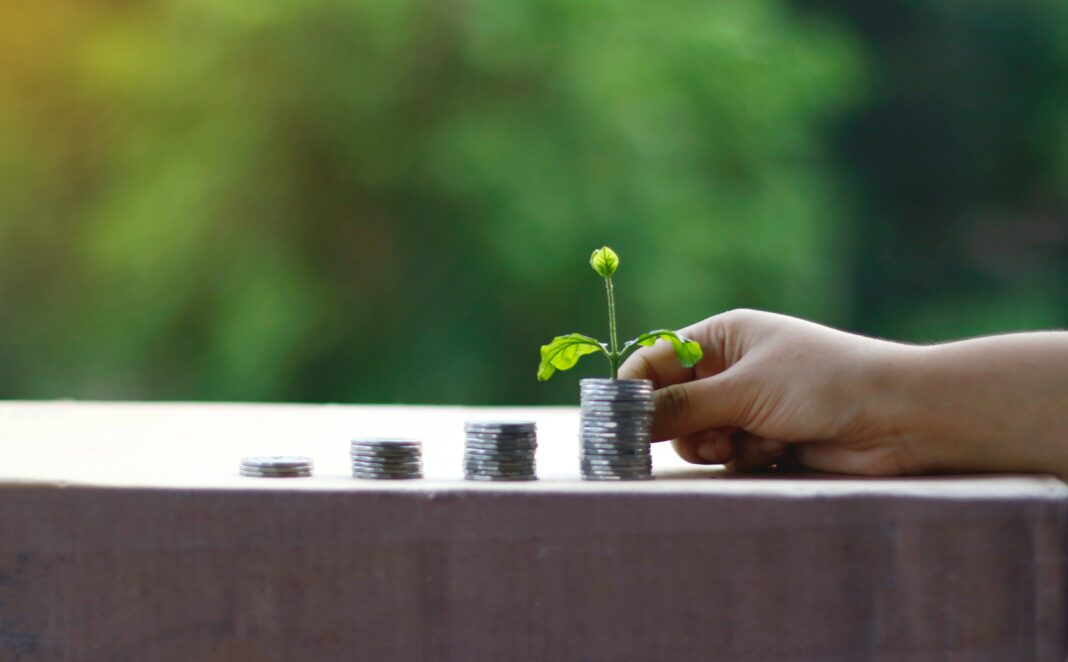 The world has reached a stage where there is consensus among most states that climate change is a serious challenge which needs to be tackled. Since its effects are not confined by national borders, climate change can only be successfully addressed on a global level.

The Paris Agreement, which was adopted in 2015 by 196 countries, making it the most significant legally binding international treaty on climate change, demonstrates this notion. The treaty’s aim is to limit global warming to below 2, preferably to 1.5 degrees Celsius, compared to pre-industrial levels. To achieve this goal, profound social and economic transformation is necessary – which will require large-scale financial investment.

The enormous scope of this transformation is exemplified by the European Union. The 2019 European Green Deal and the 2021 European Climate Law, both in line with the Paris agreement, contain sections on various topics of everyday life, including energy, transport, water management and agriculture.

Actions to combat climate change can be grouped into two different categories: mitigation and adaptation. Mitigation refers to the reduction of emissions, while adaptation aims to cushion society from the inevitable negative impacts of climate change. These impacts include extreme weather events, changes in precipitation, rising sea levels and many other dangerous consequences that could destroy the lives of millions worldwide. To ensure acceptable standards of living and prosperity even while the climate continues to change, the global community must invest in the adaptation of societies and systems. Some of these adaptations, like the installation of early warning systems, irrigation, or the development of new, more durable crops, are relatively cost effective and can be implemented incrementally. Others, however, require more immediate and often costly action. This includes steps such as the construction of sea walls or even the relocation of entire communities threatened by desertification, rising sea levels or storms. To minimize the loss of human life and economic damages, these adaptive measures should be implemented before they are most direly needed. This in turn requires the mobilization of significant financial resources.

The costs of adaptation depend on the success of mitigation: The more emissions are reduced, the less severe the effects of climate change become, and the less money needs to be spent on adaptation. Currently, most of the funding for climate adaptation is provided by the public sector, usually in the shape of nationally funded development finance institutions and dedicated climate funds. However, these actors on their own are unable to provide sufficient funding for all needed measures. Today, the estimated costs of all necessary climate change adaptation measures worldwide are up to three times higher than the public funds available. By 2030, adaptation costs are expected to rise to up to 300 billion USD per year (up from around 60 billion in 2014). Forecasts predict costs to further rise to up to 500 billion USD per year by 2050. Considering the public sector’s current inability to keep up with adaptation costs, rising costs will only exacerbate the situation in the future. To bridge this “adaptation finance gap” (a term coined by the United Nations Framework Convention on Climate Change), the private sector must be brought on board.

While the idea of companies stepping up for the greater good and investing their money in costly adaptation measures might seem strange at first, there are several good reasons for them to do so. Climate impacts do not only affect private citizens and their properties, but also factories and offices. Investment in adaptation projects might not always generate revenue, but it can reduce overall costs in the long run by minimizing business disruptions due to climate change.

Such investment also helps companies better understand the various business opportunities that climate change provides, as cynical as it may sound. Just think of the Netherlands: the country’s low altitude and the resulting permanent threat of flooding created an enormous body of technical knowledge. Water management is now a major Dutch export with high demand all over the world, generating billions in annual revenue worldwide. Another argument, of course, is brand value. While lots of greenwashing is undeservedly successful, genuine effort can create positive publicity.

With all these good reasons to invest in climate change adaptation, why are companies not doing so? The simple answer is that there are enormous risks involved. Businesses are mainly worried about two things: regulatory risk and physical risk. Regulatory risk refers to governments’ changing regulation on climate change measures, which might make costly investments obsolete rather quickly. By their nature, adaptation measures suffer huge physical risk – after all, sea walls and irrigation systems are built where they are most direly needed, namely where climate change hits hardest. Additionally, adaptation is a cost-saving rather than a revenue-generating measure, which is why it is no wonder that the private sector remains hesitant.

It is therefore up to the public sector to make it as safe and easy as possible for businesses to invest in climate change adaptation. The first step is to make data on the effects of climate change readily available. This information is essential to determine where adaptation measures are needed. Such data is generally considered a public good. Therefore, the private sector looks to the government to collect and distribute it.

Step two is for governments to develop concise and reliable national adaptation plans to maximize planning security for businesses. These plans should not only detail what the government will do in the future, but also where private participation is required, how much funding is needed and what can be expected in terms of future policies, regulations, and standards. Aligning such plans with regional and international development programs would further increase certainty and efficiency.

Nonetheless, even if all necessary data is provided and a national adaptation plan is put in place, private commitment to adaptation should still be incentivized to encourage more investment. This can be done in a variety of ways, but all of them should ultimately reduce the costs or increase the returns on adaptation investments. In most cases, this requires public-private partnerships. The government can then provide expertise or even a portion of the funds needed to increase a project’s likelihood of success. Such public involvement can also result in credit enhancement: with government backing, the project is perceived as less risky by creditors, thus resulting in lower interest rates on loans taken out by the company.

Nurturing private investment in climate change adaptation is paramount, but it remains a tricky task. After all, the private sector cannot be forced: It will only provide funds where it is deemed profitable. Over time, the destructive effects of climate change will without a doubt lead to more action. However, it is the responsibility of governments worldwide to provide information, planning and support to businesses to produce adaptation measures before they are most direly needed. Or, as Benjamin Franklin once famously put it: “An ounce of prevention is worth a pound of cure.”