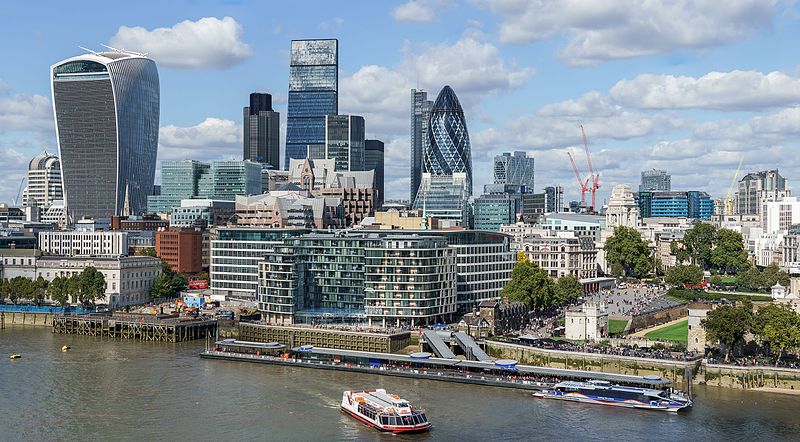 As talks of a ‘hard’ Brexit are becoming louder, the City of London is fearing for its status as Europe’s leading financial centre.

The prospect of Britain leaving the EU’s single market threatens the future of passporting rights, which allow UK-based banks to sell their financial products and services across the single market. The City’s access to foreign skills and labour is also in danger, as Teresa May signals to clamp down on immigration. Amid the prevailing uncertainties over the UK’s future relations with the EU, lobbying groups have increased efforts to mitigate the impact of Brexit on the financial sector.

Banking represents UK’s largest single export, generating an annual trade surplus of $67bn. The lobby group TheCityUK has estimated that up to 70,000 jobs could be lost if the UK exits the single market. Anthony Browne, chief executive of the British Bankers’ Association, has warned that banks are already preparing to relocate out of London early next year. Goldman Sachs and HSBC, amongst others, have plans to transfer thousands of employees to another European city in the event of a hard Brexit. Rival financial centres, such as Frankfurt or Paris, are eager to profit from the Brexit turmoil and have launched campaigns to lure business away from London.

The biggest concern for bankers is that the UK will lose its right to passport financial services into the EU. This would mean that banks and financial institutions with headquarters in London would no longer be able to trade financial services within the single market without additional local licences. Shortly following the Brexit vote, Boris Johnson assured US banks that Britain would keep its passporting rights, even after leaving the single market. This seems highly unlikely, however. An equivalence deal, a possible solution, would require the UK to follow EU regulations, over which it would have no influence. Moreover, regulatory equivalence is no replacement for passporting as it ‘only covers a narrow range of services’ that ‘can be withdrawn at virtually no notice’, according to Browne.

Immigration controls could further contribute to the erosion of the UK’s financial sector. The success of London has greatly depended on hiring skilled staff from abroad. Lobbying groups have LONDON FALLING? THE CONSEQUENCES OF BREXIT FOR THE CITY OF LONDON advocated for a regionalised immigration system that would maintain London’s access to foreign labour. The London Chamber of Commerce and Industry, for instance, has proposed a ‘London-only visa’, which would allow London businesses to sponsor skilled workers. The policy director, Sean McKee, claims that London ‘would collapse without migrants’ and that it needs ‘an immigration policy that is slightly different’ from the rest of the country. Yet, there are obvious political and practical obstacles to such a policy that would be hard to overcome.

Despite this bleak picture, there is still some room for optimism. As Paul Manduca from TheCityUK points out, it is also in the EU’s interest to maintain London as Europe’s financial centre. Re-negotiating Britain’s passporting rights would be a long and costly process that could be avoided if a special compromise for the City is reached. Moreover, doubts have been raised whether any other European city is even able to assume London’s role. While Frankfurt or Paris might be successful candidates, they lack the ‘infrastructure, people or services industry’ to replace London as Europe’s global financial centre, argues Peter Stormonth Darling, former chairman of Mercury Asset Management. As the start of official Brexit negotiations has been pushed into the distant future, the fight for London’s position as the hub of Europe’s finance industry is still undecided. The longer the current state of uncertainty persists, however, the more companies will consider preemptively moving their business elsewhere. The future of the City ultimately depends on whether the UK really leaves the single market and what kind of deal the UK government manages to negotiate with its European counterparts.

2. March 2017
© Polemics - Magazine of the Diplomatic Academy of Vienna