Home Technology & Environment PHOTO ESSAY From Geçekondu to TOKI – The Rise of Turkey’s... 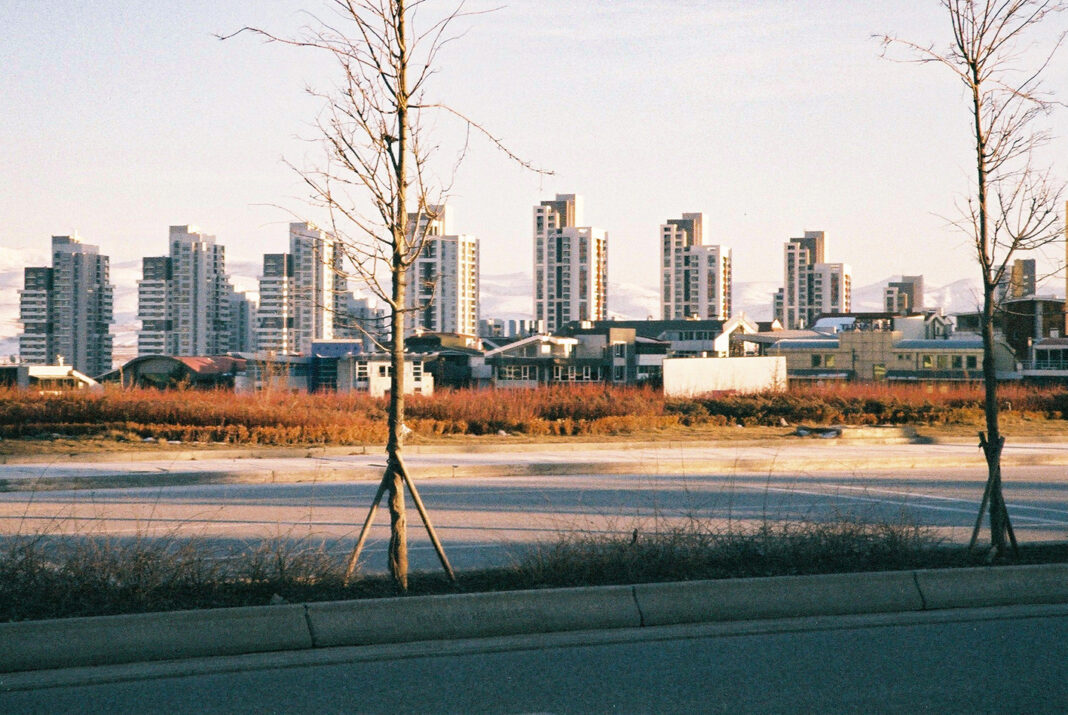 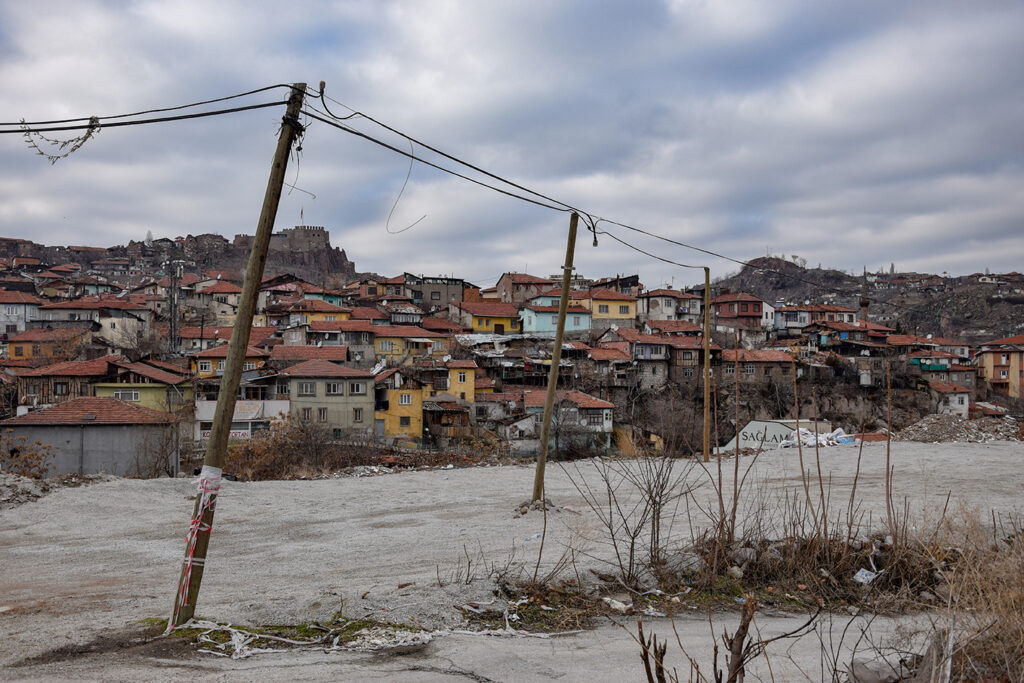 The district around Ankara castle in the Northern part of the city is currently undergoing massive changes. The traditional 2 storey-houses are being replaced by… 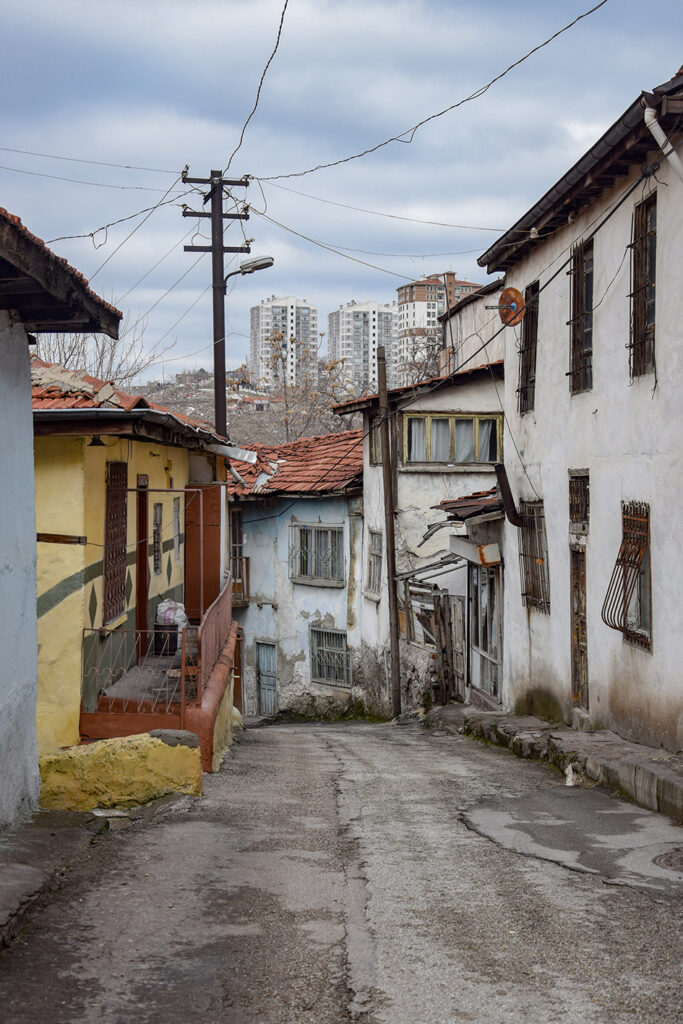 …large, uniform skyscrapers, a trend that can be observed in any large urban conglomeration across Turkey. 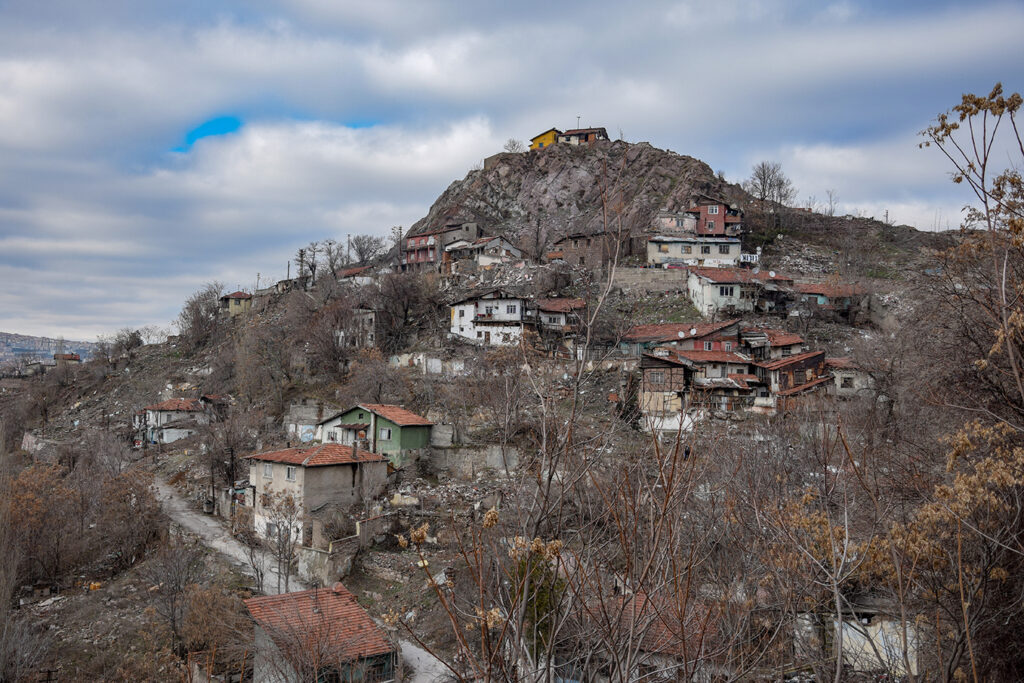 The so-called Geçekondus, which translates to “set up overnight”, were mostly built without permission by people moving from rural areas into urban centres following Turkey’s rapid industrialization in the wake of the Second World War. Their presence has been tolerated for a long time as politicians were reluctant to prosecute the owners at the risk of loosing potential voters. 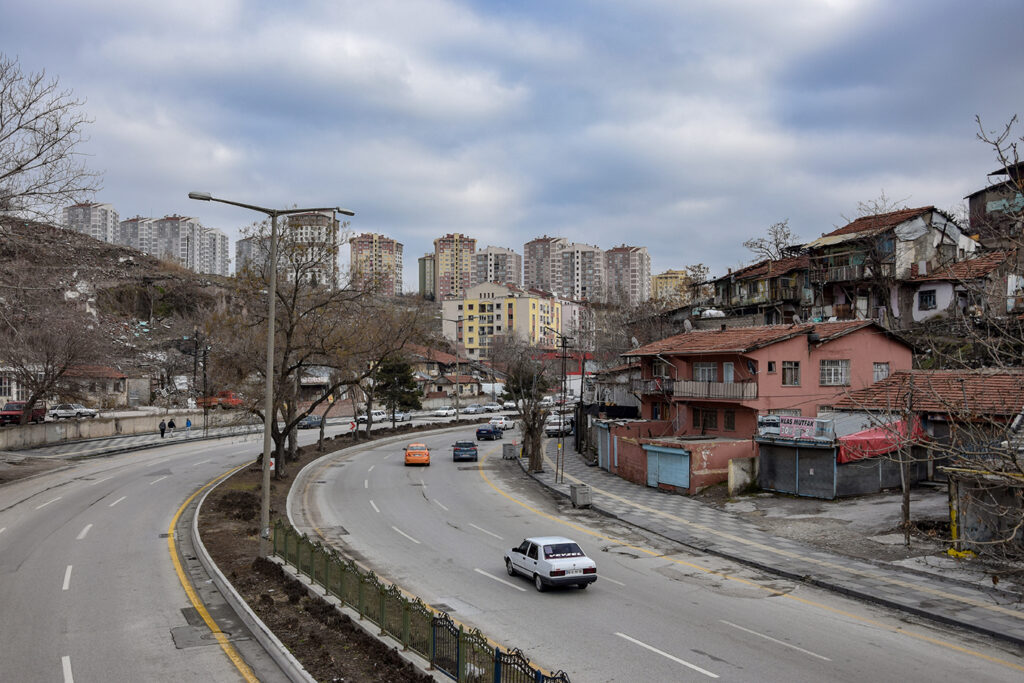 Today, Geçekondus are increasingly being replaced by skyscrapers, reminiscent of Soviet suburbs. The Turkish Mass Housing Development Agency (TOKI) redesigns these districts with the aim of providing affordable living spaces in underdeveloped areas. 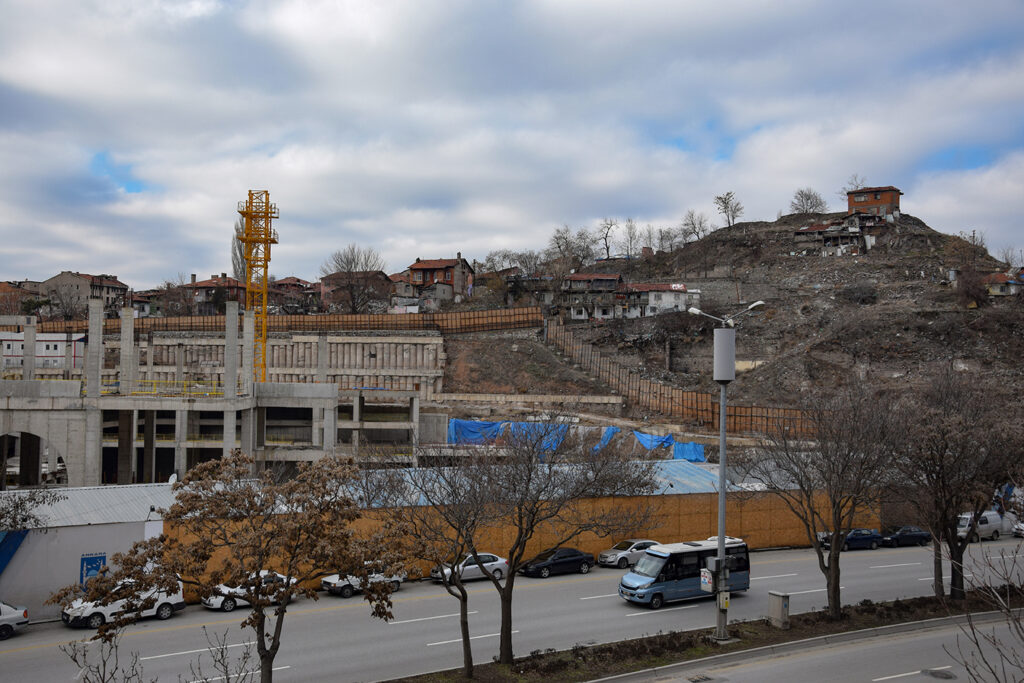 However, people often complain about rising prices and falling living standards, arguing that the newly erected buildings are not in line with the traditional Turkish lifestyle. TOKI-led projects are considered artificial and a breach with the historical architectural style of low houses lining narrow alleys and overlooking bustling street life. 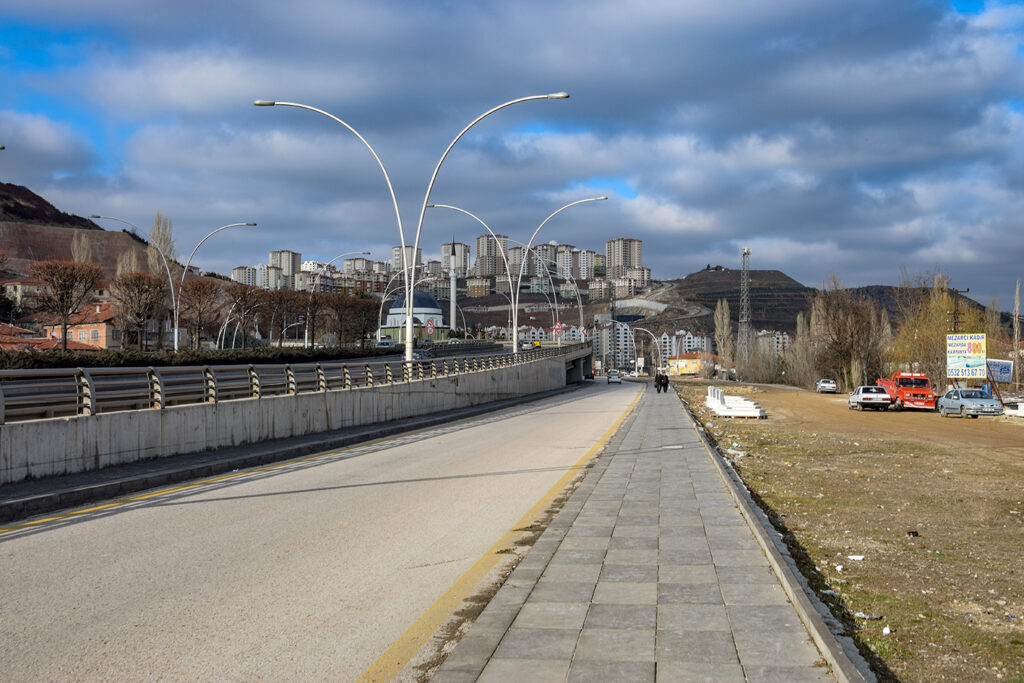 Besides creating living space for an ever-growing and increasingly urban Turkish population, the aim of these development projects is to modernise Turkish cities. Thus, districts attracting an international audience, such as the airport road, are given priority and are being transformed at avery fast rate. 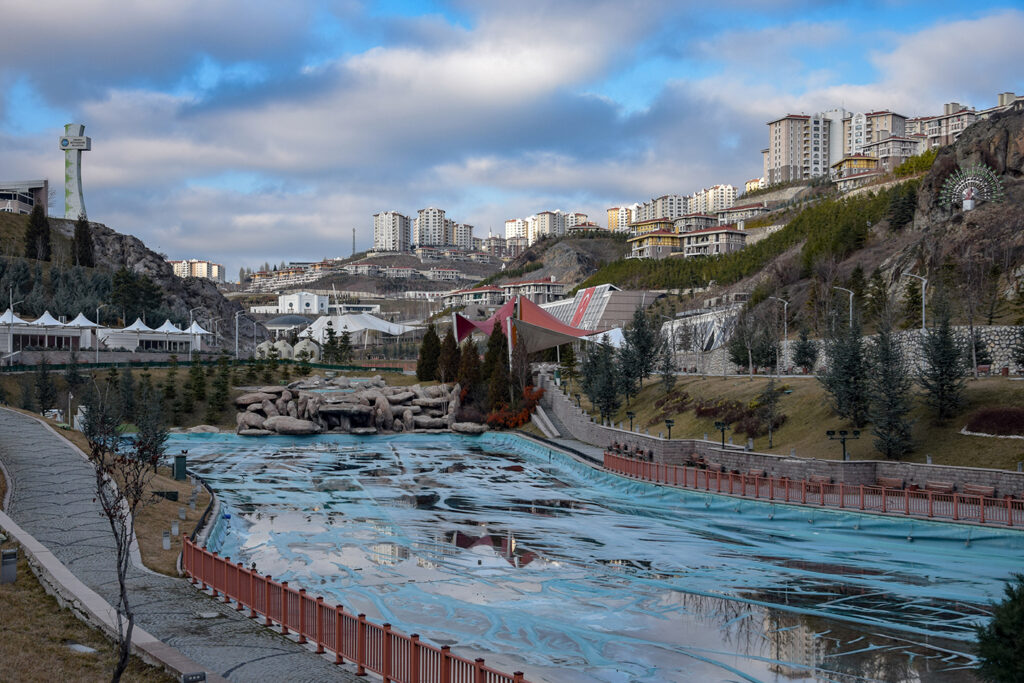 Land evictions are a common tool to make room for large-scale projects taking place in all major urban conglomerations across the country. Expulsed families are usually offered a reduced price for newly erected units. For the most part, however, they are still too expensive for former inhabitants and therefore remain largely empty. 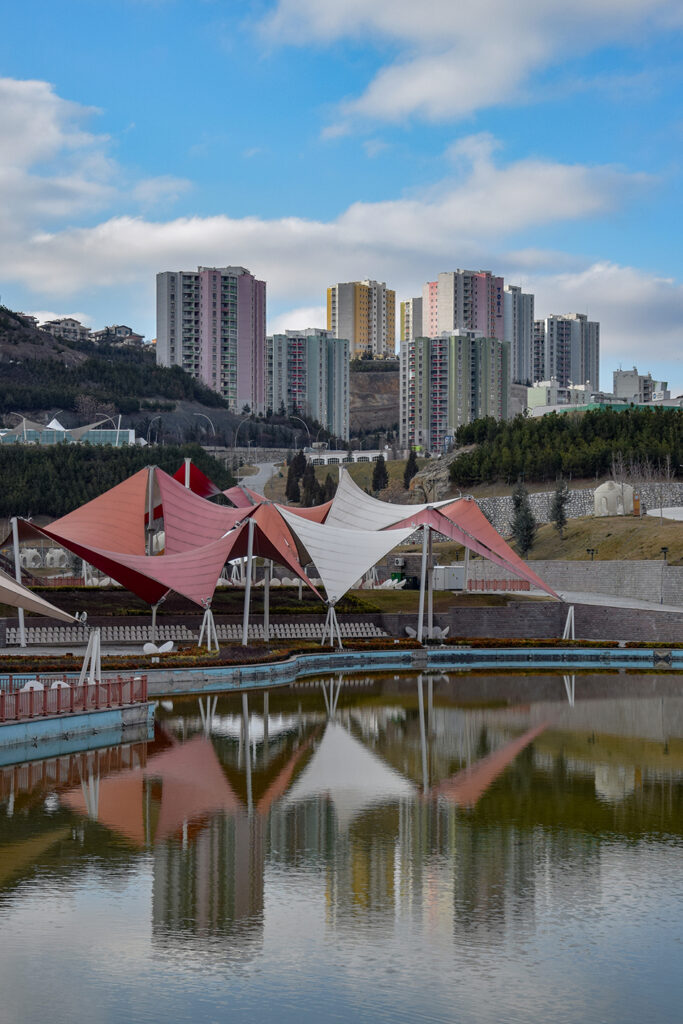 By initiating megaprojects such as Istanbul’s third airport, the Third Bosporus Bridge, the South-East Anatolian damming project and the planned second Bosporus canal, the AKP demonstratesTurkey’s accelerated industrial and economic development. But given that the companies involved in their construction are closely linked to the ruling elite, it remains questionable whether these immense projects are primarily for the benefit of the people or rather a way to channel public funds into AKP loyalists’ pockets. In addition, the lack of any environmental or cultural-historic consideration increasingly raises critical voices towards these large-scale urban transformations.

Wasting Away: Bringing the Oceans’ Plastic Problem to the Climate Crisis Mainstream

Cyber-attacking democracy: How the spyware ‘Pegasus’ threatens the freedom of speech and the work of journalists