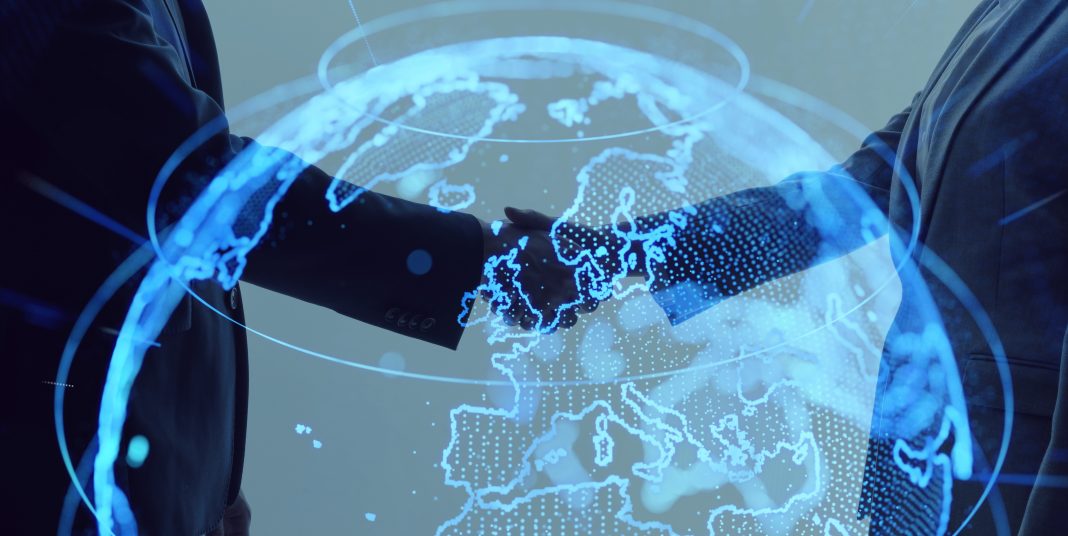 The field of “techplomacy”—a recent portmanteau of “tech” and “diplomacy” created by the Danish Ministry of Foreign Affairs—has a seemingly uncharted, yet decidedly bright future. On November 7, 2018, Bulgaria’s Foreign Ministry appointed its first Goodwill Ambassador for Digital Affairs, making it the third country in the world to have a “tech ambassador,” following the lead of Denmark in September 2017 and France in November of that same year.

Bulgaria, Denmark and France have mandated their tech ambassadors to experiment within the largely unknown diplomatic territory of technology. However, according to Dr. Corneliu Bjola—Associate Professor of Diplomatic Studies at the University of Oxford and a leading expert on digital diplomacy—the position of a Tech Ambassador is not necessarily revolutionary, but merely an evolution in diplomacy: “It actually builds on the pre-existing, albeit less prestigious, position of the science attachés, but its role is definitely more important in the Digital Age to ensure countries are staying on the positive side of the growing digital divide.”

The direction of Tech Ambassadors’ initiatives reflects their state’s national strategy and priorities, and, in the case of France and Denmark, also more universal societal concerns in line with the EU’s values. Whereas a larger state like France may want to project power in the international arena by containing to some degree the tech industry heavyweights, smaller states such as Bulgaria and Denmark may choose to bandwagon with the tech industry to gather economic windfall.

The Danish approach to techplomacy tries to conciliate both principles and pragmatism: it promotes the interests of the Danish nation-state, the EU and civil society in the tech world, whilst at the same time promoting itself as a tech-friendly country.

In September 2017, Denmark became the first country in the world to appoint a tech ambassador. Ambassador Caspar Klynge was given a global mandate with offices in Palo Alto, Beijing and Copenhagen. Klynge is a career diplomat who had just served as ambassador to Indonesia—the decision to appoint him, as opposed to a “techie,” sent a clear message that Denmark was engaging in “traditional diplomatic work” as the Danish Foreign Ministry pointed out.

Danish techplomacy is essentially the soft power facet of Denmark’s more concrete strategy to position itself as a leader in the global tech economy. Because of the opening of the Havfrue submarine cable scheduled for the end of 2019, which according to the company Aqua Comms “will more than double fibre connectivity to the country,” Denmark has concluded sizeable land deals for the construction of datacenters with Facebook, Apple, and Google. The soft-power, positive and business-friendly strategy of Denmark’s “Google ambassador,” as the position was first called by the Danish Foreign Ministry, seems to be paying off.

Since Macron’s government came to power in 2017, French techplomacy has shifted away from arch-traditional multilateral diplomacy of nation-states towards championing multi-stakeholder initiatives. However, in the past, French voices in the media have been critical towards Danish techplomacy. For instance, the former deputy director for digital strategies under Francois Hollande, Romain Pigenel, accused Denmark of being too submissive to large tech companies with a “[tendency] to give successful start-ups the status of nation-states.”

As multilateral techplomacy at the UN Group of Governmental Experts stalled in 2017, French techplomacy has sought to fill the gap and is yielding sizeable gains. One such achievement is the 2018 Paris Call for Trust and Security in Cyberspace, which was initiated by France on November 12 at the UNESCO Internet Governance Forum and signed by 51 states, 218 companies, and 93 civil society groups, making it “the first-ever multi-stakeholder-endorsed document on cybersecurity norms that is supported by governments, industry, civil society, and academia,” in the words of Klara Jordan from the Atlantic Council.

Major players in the cyber domain like the U.S., China, Russia, Iran and Israel were noteworthy by their absence from the Paris Call signatories, but thanks to the French techplomacy, multilaterally negotiated norms in the cyberspace and cooperation on best practices in cybersecurity seem to be taking effect.

Bulgaria’s appointment of Plamen Russev, the Founder and Executive Chairman of the Webit Foundation, as Goodwill Ambassador for Tech Affairs primarily shows the country’s desire to attract more tech companies to Bulgaria. As Amb. Russev stated that he was the “third digital ambassador in the world” in early November, it is still difficult to determine his approach. However, since his Webit Foundation has a strong focus on tech entrepreneurship, this would align with a pragmatic approach to attract tech investment geared towards national economic development.

France, by far the largest and most economically powerful country of the lot, has the clout to lead in the norms aspect of techplomacy with its growing focus on multi-stakeholder negotiations, whilst not being afraid to frame the tech industry’s innovations in light of societal consequences. On the other side of the coin, Bulgaria, and Denmark to some extent, lean towards Silicon Valley in hopes of attracting windfall to develop their national economy. Denmark tries to maintain a middle ground by focusing its soft power techplomacy on promoting European values along with its new concept of “techvelopment” (yes, technology and development) conceptualised in its 2019-2020 Foreign and Security Policy Strategy, whilst at the same time trying to attract investments from Silicon Valley.

As the world evolves throughout the era of the Fourth Industrial Revolution, more countries will surely follow suit by nominating a tech ambassador to pursue national interests through techplomacy.

“It will be interesting to see whether tech companies will also start developing their own diplomatic capacities to protect their interests,” states Bjola.

Australia, Estonia and Finland are countries to watch in the techplomacy realm, as they have developed variations on cyber diplomacy mostly focused on national security issues. In the bigger tech picture, Estonia is still light-years ahead of most other countries on how it thinks about the future of the nation-state: with its e-residency program, businesses can operate out of Estonia without being physically located in the country, which, if other countries follow suit, will create intense e-commerce-style competition between nation-states to attract the best businesses.

Techplomacy is still in its infancy, and as more countries step into the game, this virtually unknown territory will expand as it is explored and charted.