Home Technology & Environment The COP 27 Loss and Damage Fund is Good for Africa, but... 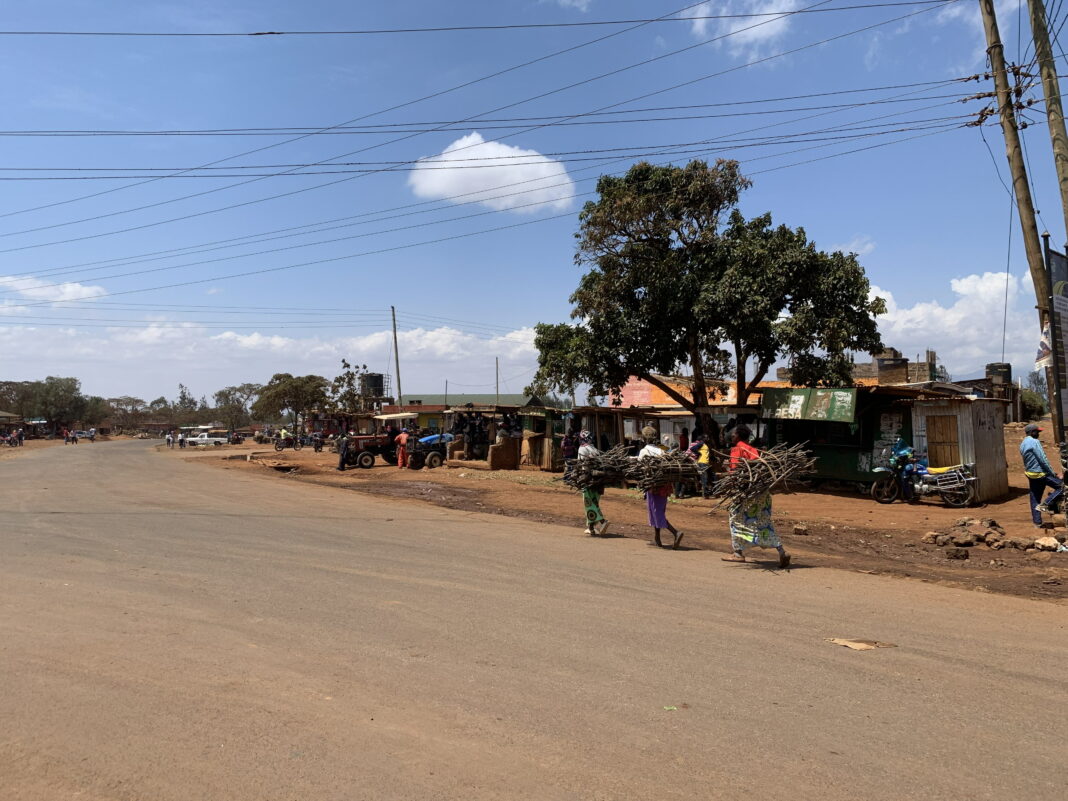 “Climate chaos is a crisis of biblical proportions. The signs are everywhere. Instead of a burning bush we have a burning planet,” the UN Secretary-General Mr. António Guterres remarked at the 2022 United Nations Climate Change Conference. Ostensibly, his address was coloured with biblical analogy owing to the venue of the 27th Conference of Parties (COP 27): Sharm El Sheikh, Egypt, a resort town located not too far from locations of great significance to the Abrahamic faiths. Colloquially referred to as the ‘African COP’ by dint of Africa hosting it for the first time since COP 17 in Durban, African negotiators were keen to reap a bountiful harvest from this year’s talks. Indeed, the Conference yielded an unprecedented outcome that was not achieved on numerous occasions in the past: the establishment of the Loss and Damage Fund for countries most affected by the climate crisis.

Drought, flash floods and irregular weather patterns have brutally ravaged parts of the Continent this year alone. Scientists have rounded up the usual suspect for these catastrophes: climate change. Even though Africa contributes the least—approximately 3% of global carbon emissions—it has borne the brunt of climate change effects. The Horn of Africa is an archetype of this climate catastrophe. After nearly four years of either failed or insufficient rains, the worst drought in forty years has ravaged the region. Famine has ensued with millions facing starvation, malnutrition and displacement. Worse still, this is compounded by political instability in Somalia and Ethiopia. Moreover, the repercussions of the war in Ukraine have had far reaching consequences, such as the spike in global commodity prices. A double tragedy for the already struggling region.

In Kenya, the Northeastern region continues to be battered by drought and famine to the extent that the government has appealed to Kenyans living in lesser impacted areas to send food donations. Since the inhabitants of this arid region are traditionally nomadic and livestock herders, they have resorted to desperate means like selling cattle at throwaway prices to save them from starvation. Pasture and water points dried up ages ago. It was reported that some people sold cows for as little as 500 Kenyan Shillings (4€) each, the price of one Big Mac in rich countries. Tragically, this is not the first time a ‘GoFundMe’ initiative has been rolled out to abate food paucity: not very long ago, the Kenya Red Cross, in conjunction with corporate titans, organised a fundraiser dubbed ‘Kenyans for Kenyans’ which managed to raise $10 Million for a similar cause.

Regrettably, other regions known to be the food baskets have not been spared from inconsistent rainfall patterns. Take the example of Meru County, an agriculturally rich and productive area located near the slopes of Mount Kenya. The rains were insufficient for three consequent seasons preceding the 2022 October short rains. This led to poor harvest and inevitably, exorbitant food prices due to scarcity. Maize, the staple grain in the region, previously retailed at 30 Kenyan Shillings (0.23€) but now goes for 90 Kenyan Shillings (0.70€) a kilo. Furthermore, the price of maize flour used to prepare one of the country’s staple foods, ‘Ugali’, tripled this year, necessitating a government subsidy. Life has become unbearable for the most deprived. Furthermore, a human-wildlife conflict has been noted with hungry elephants in the wild encroaching on farmlands that have little to offer. In fact, the Kenya Wildlife Services had to deliver water and food to dying elephants on occasion.

Clearly, the Loss and Damage Fund will help to fast-track adaptation and mitigation measures that in the future could reduce the severity of climate calamity. Governments will be able to invest in building dams, adopting drought resistant crops and irrigation techniques to counter irregular weather patterns. The UN Environmental Program notes that the Fund will provide for financing instruments like social protection, contingency finance, catastrophe risk insurance and catastrophe bonds which can be availed by those in need after climate disasters. More recently, Mr. Guterres has joined in the calls for windfall taxes for big oil corporations that profit immensely from the energy crisis exacerbated by the war in Ukraine–these taxes could go into the Fund.

While the Fund was well received in most quarters, not everyone was completely satisfied. Scores of people in the Global South are resolute that the Fund should constitute reparations from rich to poor countries. After all, it is the poor who are paying a hefty price for rich countries’ irresponsible pollution, they reckon. As seen in the Horn of Africa, the price is so high that it costs people their livelihoods and sometimes even their lives. Lately, the discourse on Africa’s development vis-à-vis climate change has been intensifying. As the world attempts to keep global warming below 1.5°C, in line with the 2015 Paris Agreement, Western leaders fear that as Africa industrialises it will join the West’s catastrophic emission levels which they refuse to adequately reduce. African leaders like Professor Osinbajo, the Vice-President of Nigeria, have called out rich countries for what he terms as ‘climate hypocrisy’. Similar sentiments have been echoed by President Museveni of Uganda. Firstly, this discontent was fortified after certain EU countries resorted to the heavy use of coal for industrial energy supply due to the crunch following the war in Ukraine, yet in Africa the same is frowned upon by the former.

Secondly, the classification of LPG as green energy left Africans unsettled as the EU has emphatically discouraged investments in those sectors in Africa. Evidently, rich countries set rules which everyone must obey except themselves. In an op-ed in ‘The Economist’, the Vice-President cited blanket bans on exploration of fossil fuels in Africa as unjust. In a continent that still heavily relies on firewood as the main source of cooking fuel, let alone efficient power for industrial consumption, energy poverty ought to be addressed. Investment in areas such as LPG would benefit the population given that many suffer from respiratory diseases caused by burning firewood. Still, the rich and the poor world should meet halfway. South Africa will receive about $8.5 Billion of concessional funding in its transition from coal to renewables under the Just Energy Transition Investment Plan. This initiative is supported by rich countries like the US, the EU and the United Kingdom under the International Partner’s Group (IPG) umbrella, cognisant of the fact that South Africa is one of the most heavily coal-dependent countries in the G20.

The Loss and Damage Fund is a step in the right direction. For the first time, developing countries will receive support to offset the dire effects of climate change. However, this is not enough. Unless emissions are cut significantly, all other efforts will be futile. As the saying goes, prevention is better than cure: limiting emissions is the prevention and establishing funds to deal with the effects is the costly cure. The Fund should be supplemented with massive green financing that is solely focused on sustainable development projects in developing countries, such as the transition to clean energy projects that is much needed to power Africa’s industrialisation without breaching the 1.5°C goal in the process.

Africa’s industrial growth is not a matter of if but when. Consequently, it is in the best interest of rich countries to support developing countries in sustainable development projects or else the emerging Global South will sink the entire planet deeper into the abyss. In line with the UN Secretary General’s biblical analogies, he would reckon that climate hypocrisy sabotages the journey to Canaan— the promised land where the world warms at less than 1.5°C—and no longer burns like the bush before Moses.