Home Technology & Environment The Revolution Will Be DM’ed to You 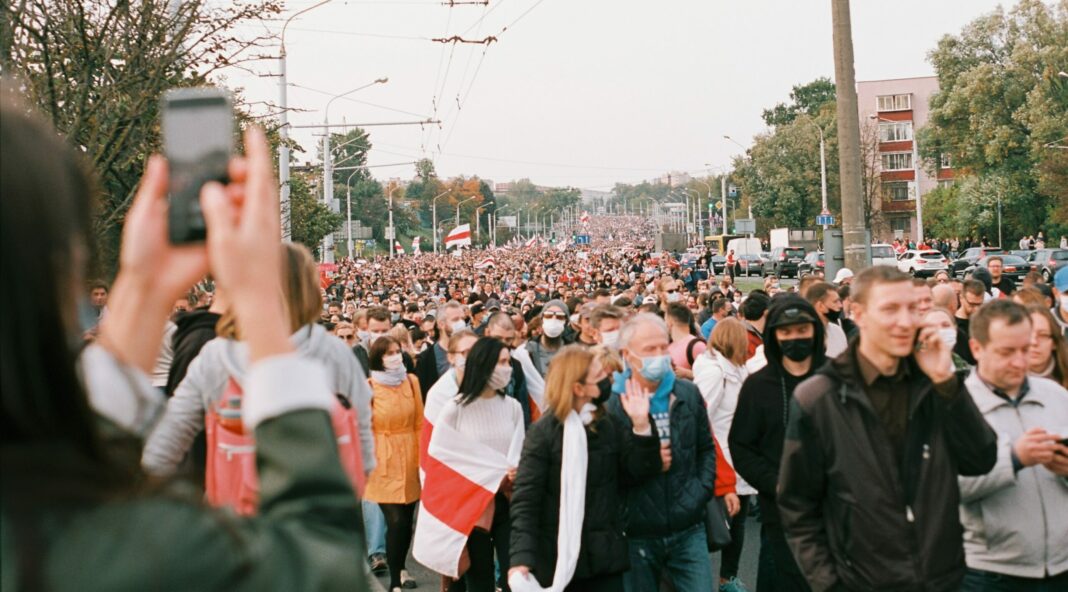 The phenomenon known as the “Facebook Revolution” has evolved markedly since the so-called Arab Spring lasting from 2010 to 2012, when anti-government protests across the Arab region were fueled by platforms such as Facebook and Twitter. In the last decade, social media has increasingly become an integral tool for sharing information, mobilizing masses, and organizing social movements. However, Facebook has lost much of its credibility in Europe due to the Cambridge Analytica data scandal, and it has lost its footing as the dominant social media as new apps have gained popularity quite rapidly. More recently, instant-messaging apps, such as WhatsApp and Telegram, have replaced Facebook as the primary tools of civil movements.

Over the last few months, Belarus has been marked by political unrest after the country’s authoritarian ruler Aleksander Lukashenko claimed a landslide victory in the presidential elections that many considered to be rigged. Consequently, an unprecedented number of peaceful protestors took to the streets. The decentralized protests lacked both a leader and a solid representation, a result of the current authorities’ effort to consistently undermine any attempt to establish an oppositional leadership; the regime has executed a series of political arrests and forced exiles, presumably to ensure that all potential figureheads of the opposition are discredited. However, despite lacking a centralized authority, the protests were well-coordinated and very agile. They were thus able to swiftly respond to the police and military forces’ activities. When roads were closed by the police, for example, the demonstrations would simply be rerouted; when dozens of people went missing after the first few days of protests and no information was given by the police as to their whereabouts, fast communication and information-sharing allowed them to be identified and located in jails or hospitals. Such a degree of coordination was enabled especially by Telegram, an instant messaging app with a large user base in Russian-speaking countries.

During the summer of 2020, Telegram channels that started as entertainment news platforms, mainly used to share memes mocking the regime, have transformed into a preferred information source and a stage for citizen journalism. In comparison to state-controlled media outlets, Telegram benefits from the perceived absence of mediation. Photographs and videos shot in the midst of the Belarusian protests were instantly disseminated via Telegram channels, serving as real-time evidence of the ongoing events. In contrast, the official television channels refrained altogether from reporting on the mass protests following the elections. Instead, they broadcast Lukashenko downplaying the scale of demonstration in his first statement on 10 August, the morning after the election. The selective reporting led journalists to resign from the state TV channels en masse. Additionally, a group of Belarusian hacktivists known as “Cyber Partisans” used their know-how to make people aware of the missing coverage. They disrupted a television program by showing videos of police brutality previously published on Telegram channels in which armed riot police officers attacked peaceful protestors.

It should, however, be noted that the high speed at which visual information reaches a vast audience from a demonstrator’s smartphone still requires a certain degree of moderation. In the case of Telegram, this task is the responsibility of the channel’s administrators, who need to approve posts before making them public. Since images and videos that provoke a strong emotional reaction are more likely to go viral, no matter how controversial their content may be, the impartiality of admins cannot be ensured. A certain temptation to evoke public outcry through exaggeration always exists. As long as no counterevidence is published, misinformation can circulate freely. Still, thanks to the relative anonymity instant messaging apps offer—encrypted messages or the possibility to conceal one’s phone number and use a false identity—they are a means of protection in autocratic societies where exercising freedom of expression may lead to persecution.

In assessing the role that grassroots media outlets played in the Belarusian uprisings, it is questionable whether software like Telegram can substitute democratic pluralist media going forward. Taking this idea further: will fundamental rights such as freedom of expression simply pass to the digital sphere? It seems unlikely that Telegram or any other social media app will be able to fill the gap left by the acts of censoring and banning independent media. While it is true that social media has the potential to kindle pro-democratic movements, their significance actually derives from the absence of democratic institutions that would allow a diverse media landscape. Rather than being a harbinger of democracy, the proliferation of popular messaging apps is a sign of democratic failure.

Wasting Away: Bringing the Oceans’ Plastic Problem to the Climate Crisis Mainstream