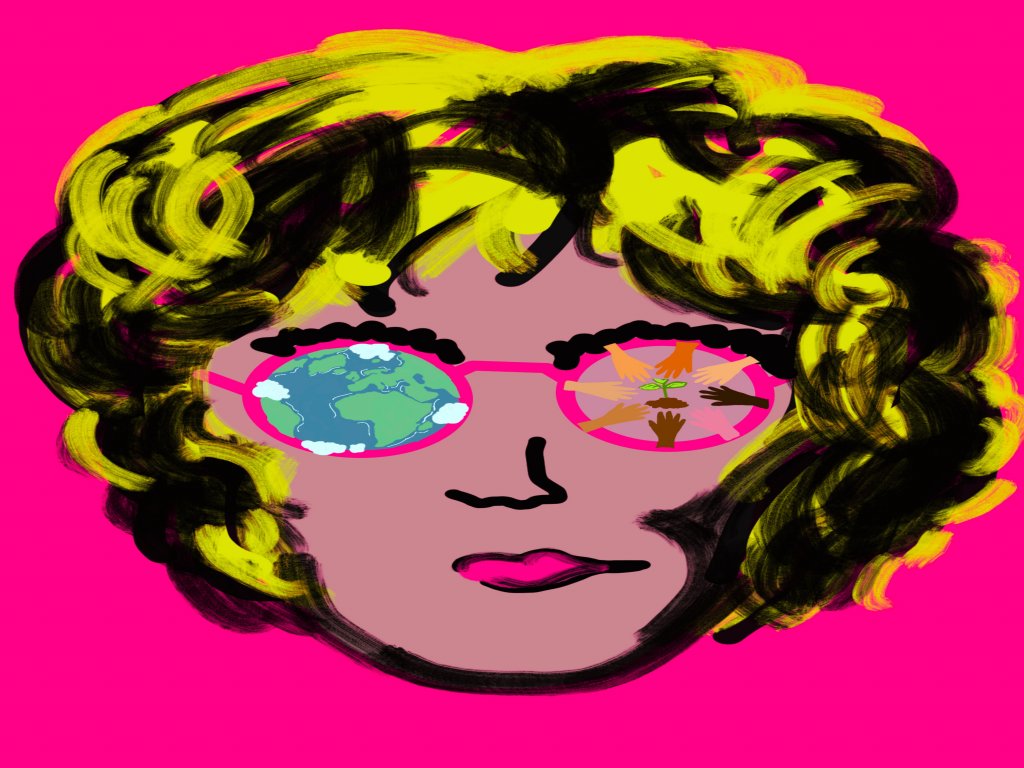 In 2021 we are remembering the release of, according to the Rolling Stones and Recording Industry of America, one of the greatest singles ever written. With powerful messages laid over a simple and soothing chord progression, Yoko Ono and John Lennon’s “Imagine” has been the talk of town, steadily queuing in playlists since its initial release in 1971.

For some, Ono and Lennon are utopic prophets of hope, while for others, who also account for their private lives, they are caviar communists and hypocrites. Leaving the polarizing debates on aesthetics, taste, and status aside, the half-centennial anniversary of “Imagine” calls for a different assessment. This article proposes nothing less than what such an impactful record deserves – a contradiction. I claim “Imagine” to be the greatest diplomatic and anti-diplomatic single of all time. It is, precisely, both at once. Why? We shall see.

It is the greatest diplomatic song on the common twofold standard, western practice-oriented, understanding of the term “diplomatic”. Even though we should strive for it, a more abstract definition would quickly turn this into an argument with oneself. Hence, we may simply understand “diplomatic” as the way those representing a country or an international organization do what they do. On the other hand, it is also commonly understood as the attribute of an object or a subject engaged in the diplomatic process – reserved, yet propulsive while serious and tactful, but also fun and engaging. Overall, someone or something “diplomatic” is a nuanced and purposeful conveyer or carrier of messages between estranged or alienated political communities.

Following Iver Neumann and Bruno Latour, any object, especially a work of art, has the ability to be a communicative tool that can carry profound messages across separate cultures and political communities. While this applies to art in general, it is particularly relevant to music. From the official U.S policy of jazz diplomacy, to the cultural diplomacy of the Eurovision song contest, to musical acts being used as vehicles for Charter principles communication by the United Nations (UN), musical performances have always been part of global diplomatic practice. Pharrell Williams’ “Happy” and Stanislav Beni2ki’s “March on The Drina” deserve honorary mentions in the UN’s music history. The first for the havoc and joy it caused when Williams performed the song in the hall of the General Assembly on 2015 Happiness Day, turning the traditional negotiation site into a concert venue. The other for the diplomatic faux pas involving Ban Ki-Moon, the then Secretary general, the Serbian delegation, and Bosnian Non-Governmental Organizations (NGO), who found Ban Ki-Moon’s clapping along to “March on The Drina” extremely offensive.

Regardless of competition, “Imagine,” has outperformed other songs on diplomatic sites and occasions – “where we see diplomacy happen and may grasp it analytically”. It has been used and abused by states, international organizations, other non-state actors and citizens as a normative messaging and signalling tool more than any other song. So much so that Jimmy Carter observed that “Imagine” was used as often and sometimes on par with the national anthem in more than 125 countries he visited during his presidential tenure. The single was the highlight of the performance by Turkish popstar Sertab and Greek star Rouvas at a joint concert organized by foreign ministries, celebrating friendship and peace in 2004. Bill Clinton sang along to it with an Arab-Israeli choir while celebrating the 80th birthday of Simon Peres, the former Israeli president.

“Imagine” has been staged religiously at multilateral events and after great atrocities. The world saw it performed after 9/11, in the wake of the Tsunami disaster in 2004, and after the terror attacks in Paris of 2015. Versions of the song were staged when the COVID-19 pandemic was looming. We have heard it during multiple Olympic opening and closing ceremonies, which are important public diplomatic occasions. The former UN Secretary General Ban Ki-Moon sang along to it in a UNICEF campaign video and Shakira performed it during the meeting of the General Assembly with Pope Francis in attendance. Lastly, but examples are plenty, it was used multiple times by the UN Secretariat to commemorate International Peace Day. This year, three stamps of John Lennon with “Imagine – 50th Anniversary” were issued by the UN Postal Administration ahead of the Peace Day commemorations.

Consider the lyrics for a moment; is it not obvious that Lennon and Ono claim that the very thing standing between man and peace are countries, religion, and possessions? How then may the song be used by countries, staged at revenue-seeking events, or represented as the world peace anthem of international organizations observed by the Holy See? It is this very contradiction between the song’s usage and the writer’s intended message, which makes me claim that “Imagine” is as anti-diplomatic as it is diplomatic.

In his sadly marginalized work on the genealogy of Western estrangement, James Der Derian traces the development of diplomacy from its earliest forms of mediation of estrangement between man and God, so called mytho- diplomacy, to mediation between states, diplomacy, and finally to the aim to transcend all estranged relations, anti-diplomacy. He suggests that the movement from one system of mediation takes place when those in position of power become estranged from the very institution mediating estrangement: for example, the church or the state. He identified those 16th and 17th century writers, whose aims were to transcend all estranged relations and “to mediate the universal alienation of mankind.” While Christianity tried to do so itself before, eventually alienating itself from Islam and breaking up, it was utopians like Thomas More, Campanella, Emeric, Crucé or James Harrington who really saw themselves detached from the particularism of horizontal state-to-state mediation and in search of world peace.

What, if not anti-estrangement, is “Imagine”? “Imagine there are no countries,” Ono and Lennon sing, “no religion” and “no possessions.” These lyrics are usually analysed separately, but if one looks at them in succession they may be translated to: Imagine no estrangement. For religion, countries, and private property are to be understood as particulars mediating alienation between people and also reproducing the separation between them. Lennon and Ono are thus bluntly proposing to do away with state-to- state diplomacy, religion, and capitalism – contemporary institutions of mediation. Finally, they solidify their place among the great anti-diplomats by proposing a universal “brotherhood of man”. So, similarly to many religions, against which the song has much to say, they suggest replacing the current particular mediation of estrangement with a universal one. The profound goal? Getting rid of estrangement all together. A true anti-diplomat in Der Derian’s terms.

In two steps we came to see why “Imagine” is to be understood as the greatest anti-diplomatic diplomatic song of all time. In diplomatic practice, it acts as a carrier of normative messages, transcending time, occasion, and site. On the other hand, “Imagine” places John Lennon and Yoko Ono among the modern and perhaps the most well-known promoters of anti-diplomacy in the genealogy of western estrangement.

Our thoughts ought not to stop here. Ono and Lennon challenge the listener to imagine togetherness – “Imagine, if you can!” Is it not, however, the very act of imagining which, by its phenomenological nature, produces estrangement and thus the need to somehow mediate it? What, if not imagining, leads to conditions of togetherness and separateness that call for mediation? Would a real anti-diplomatist propose to not imagine – if one can? Therefore, not imagining rather than imagining is the real utopia to be eventually addressed. Perhaps at the centennial anniversary of Imagine.

Voices from the War: Language, Politics, and the Fight for Identity in Ukraine