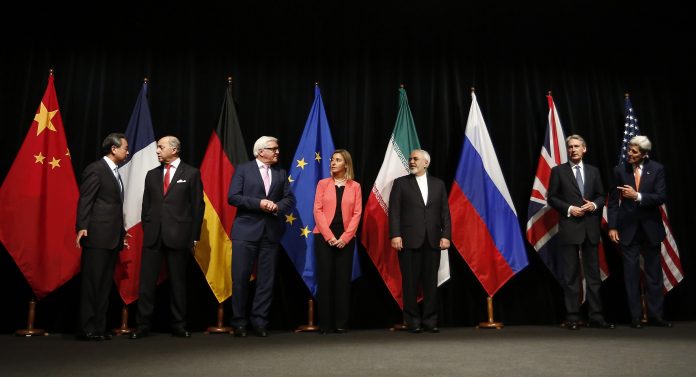 The 2015 nuclear deal (Joint Comprehensive Plan of Action) struck between the Islamic Republic of Iran and six world powers – the US, UK, Russia, France, China, and Germany – used to be the signature foreign policy achievement of Barack Obama’s presidency.

However, the transatlantic partnership between the US and EU is starting to have an impact on this deal. The early symptoms are visible in US President Donald Trump’s threat of blowing off the nuclear deal with Islamic Republic of Iran. Iran agreed to reduce the stockpiles of enriched uranium, which could be used to develop nuclear programs. In return, intensive economic sanctions imposed by the UN, European countries, and the US were to be lifted.

Iran is meeting its commitments: According to the International Atomic Energy Agency (IAEA)’s internal report in Nov. 2018, its stockpiles of enriched uranium have not exceeded the agreed limit of 300 kilograms. It is also reported that IAEA inspectors were unable to gain access to any sites they tried to visit. However, economic benefits are questionable. Once the UN sanctions were lifted in Jan. 2016, oil prices soared. Yet, most of the American and European entities are not entering the Iranian market fearing they’ll incur penalties from remaining US sanctions. So far only one Austrian bank has expanded its business in the Iranian financial market, as it does not have any transactions with the US, according to Dr. Michael Postl, former Austrian ambassador to Iran during a speech at the Diplomatic Academy of Vienna.

Despite the facts, President Trump is still not satisfied with the deal. Indeed the president has described the agreement as the “worst ever” and refused to acknowledge that Iran was in compliance in Oct. 2017. In Jan. 2018, granting the waiver for the sanctions with gritted teeth, he threatened that “it’s a last chance” to fix the deal’s disastrous flaws, otherwise “the US will walk away.” European allies united together against this decision. British Prime Minister Theresa May, German Chancellor Angela Merkel and French President Emmanuel Macron released a statement saying that they “stand committed” to the 2015 nuclear deal in order to secure “our shared national security interest.”

However, tensions between the US and Iran have disturbed economic engagement. The EU used to be Iran’s primary trading partner before the current sanctions. In 2008 Iran imported goods worth €14.1 billion from the EU, mainly high-value added products such as machinery and transport. However in 2016 these goods only accounted for 6 percent of the Iranian market. European countries have slowly moved to recover the market share, which now is taken by China and Russia. Airbus signed on a $16 billion deal in aircraft sales, and British banks have multi-billion deals on the table. Withdrawal could kill these deals. That explains why unusually strong language is being used by European counterparts. David O’Sullivan, EU ambassador to the US, said at the Atlantic Council Meeting that if US sanctions continue, the EU will revert to a law that protects European companies from American sanctions.

Yet this is not the end. Although no one wants to speak openly, the US’s decision to “walk-away” will most certainly have an impact on the relationship between US and  European allies. At least one partner is clearly getting tired of staying in an unequal relationship. In addition, doubt over whether or not the US is a credible world leader, which can maintain global security and economic institutions as public goods, is continually growing in the rest of the world. Therefore there is an increasing need for Mr. Trump to carefully assess if this truly is a last chance for him to maintain the US’s political leverage in the international community in the long term.