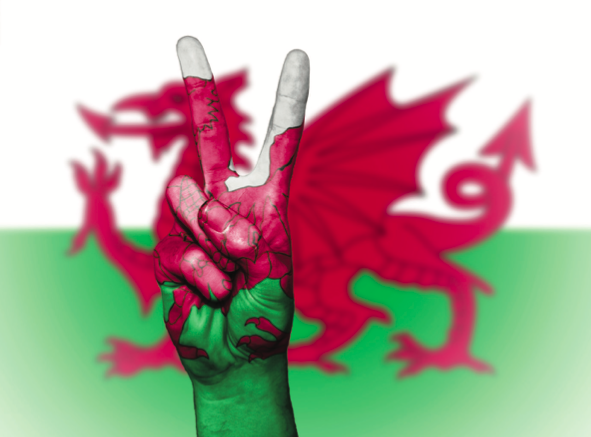 Recent political movements for Welsh and Scottish independence amidst Brexit turmoil could mean the end of the United Kingdom.

On May 11, 2019, thousands of protesters marched through the Welsh capital of Cardiff. In contrast to many recent protests in the U.K., the central theme was not Brexit. Instead, the people were marching in favour of Welsh independence. According to its organisers, this was the first march in history to call for an independent Wales. Further marches calling for Welsh independence have since been held in the towns of Caernarfon and Merthyr Tydfil, each attracting a few thousand participants. One only need look north, however, to Scotland to see how a nascent fringe idea can become a central political issue. In the context of Brexit, successive Westminster policies of austerity and the rise of English nationalism, questions are once again being asked about whether the United Kingdom will stay united in the near future.

Independence movements are not a new phenomenon in the United Kingdom. Since its founding in the 1930s, the Scottish National Party (SNP) has campaigned, first for the devolution of powers from Westminster, then for full independence. In Wales, Plaid Cymru was formed around the same time and has followed a similar trajectory. Following unsuccessful referendums on devolution in both countries in 1979, the issue was revisited 20 years later with positive results, and in 1999, the Scottish and Welsh parliaments were inaugurated.

Having achieved their goal of home rule, the SNP turned their attention to the ultimate goal: full independence. They entered the Scottish government in 2007 and subsequently won approval from Westminster to hold a referendum on independence. At the poll in September 2014, Scots rejected the idea and it was agreed to by all the parties on both sides of the debate that such a referendum was a once-in-a-generation event. Post-referendum, the SNP experienced a surge in support and at the 2015 U.K. general election won a landslide of Scottish seats. However, the Brexit referendum in 2016 brought the issue to the foreground once again. Scotland voted with 62 percent for Remain, in contrast to England and Wales, where the majority voted to leave. For the SNP, this was further proof of the irreparable differences between the countries, which could only be solved with another independence referendum.

Theresa May’s decision to call a snap general election in 2017 presented the SNP with an opportunity to capitalise on this discontent. In the runup to the election, Nicola Sturgeon, Scottish First Minister and leader of the SNP, announced that a new referendum should be held before the Brexit process was completed. Opinion polls, however, showed that while those in favour had gained in number there was still no clear majority for independence and Sturgeon was accused of misreading the mood in Scotland. Her party, although it remained the largest in Scotland, suffered heavy losses, losing 21 seats. By contrast, the pro-unionist parties performed well and the SNP was forced to backtrack and acknowledge that for the time being the independence idea was dead.

As for Wales, in a referendum in 2011, a majority of Welsh residents voted to increase the powers of the Welsh Assembly, prompting the then-First Minister, Carwyn Jones, to exclaim that “Today an old nation came of age.” In the Brexit referendum, Wales voted narrowly to leave. However, research done at Oxford University has shown that this may have been due to English people who live in Wales. Around one-fifth of the Welsh population were born in England, with nearly a quarter of those over the age of 65. The research shows that communities with higher proportions of English voters were more likely to vote to leave than the traditional Welsh heartlands.

In a YouGov poll conducted in September, 25 percent of respondents stated that they would be in favour of Welsh independence, with just over half against. This number is up by 6 percent from the previous year. When the question was asked with the caveat of Wales remaining an EU country a third said they would be in favour with 48 percent opposing. These polls show that independence remains a dream for the moment. However, supporters will take heart from the fact that in Scotland the debate is now a permanent part of politics. In the runup to the 2017 election, Plaid Cymru leader Leanne Wood stated that at the very least the Welsh should be open for a debate on independence, particularly in the event that Scotland leaves the union.

With Brexit set to return considerable powers to U.K. lawmakers, the devolved governments are clamouring for many of these to be passed to them. In the negotiations so far, they have been sidelined leading to considerable anti-Westminster sentiments. The SNP have indicated that in 2020 they will again formally ask Westminster for authority to hold another vote. However, the main parties have all indicated their opposition to this. Opinion polls show that support for independence is hovering around 50 percent. The difference in policies between Holyrood and Westminster has only grown since Johnson became Prime Minister. Scots are frustrated at the Home Office’s refusal to guarantee EU citizens’ rights and the growing marketisation of the National Health Service.

In a 2019 report, the Welsh Labour government stated that it was open to a debate on the issue and eventually a referendum while hoping that voters would reject the idea. Carwyn Jones said that with people having lost faith in the democratic process, it was only natural that they became curious about other options. He warned, however, that while the EU single market was a priority, Wales’ (and also Scotland’s) biggest market would remain as England.

The SNP wants to hold a referendum before the Scottish elections in 2021. This will undoubtedly cause tension with the incoming U.K. government and a showdown between Edinburgh and Westminster is likely. Welsh eyes will be on the border town of Wrexham, where another march is planned in April. With significant political movements happening in the next few months, this will be an important indicator of the health of the Union. A large turnout coupled with a Scottish referendum could be the death knell.